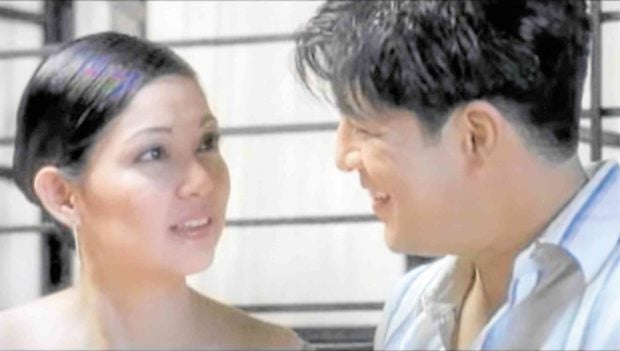 Scene from “A Love Story”

It’s normal for a person to commit mistakes. If he eventually acknowledges it and asks for forgiveness, accept him and, for sure, he will try to make things work.”

This was according to actor Aga Muhlach, who was trying to explain during a recent interview why he demanded a rewrite and reshoot of the ending of the movie “A Love Story” prior to its release in 2007.

The restored version of Maryo delos Reyes’ dramatic piece, which was written by Vanessa Valdez, was streamed on ktx.ph on Aug. 17 as part of the Kapamilya network’s Sagip Pelikula Film Festival.

Aga plays Ian, a real estate mogul who clawed his way to the top to surpass his father’s success. Then, he meets the two women who would turn his life around—Joanna (Maricel Soriano) and Karyn (Angelica Panganiban). Joanna, a doctor who got off a failed marriage, falls in love with Ian, showers him with the affection he has always wanted. Meanwhile, Karyn, a young and carefree flight attendant he met on a business trip to Macau, makes his life light up with her charm and youthfulness.

As the three become intertwined in this complicated love affair, Ian, Joanna and Karyn must learn to let go, forgive and realize the true meaning of unconditional love.

During a prestream interview with ABS-CBN Film Restoration and Archive head Leo Katigbak, Aga revealed that the film’s ending had to be redone in order for it to be more uplifting and restorative.

In the original ending, the three characters called it quits and went their separate ways. “It was Ian who made a mistake. She is actually accepting, even in the middle of the crisis they were experiencing. Why should Ian leave her in the end?” Aga explained. “It’s like what they always say about God forgiving the worst of sinners, we should forgive others, too.” 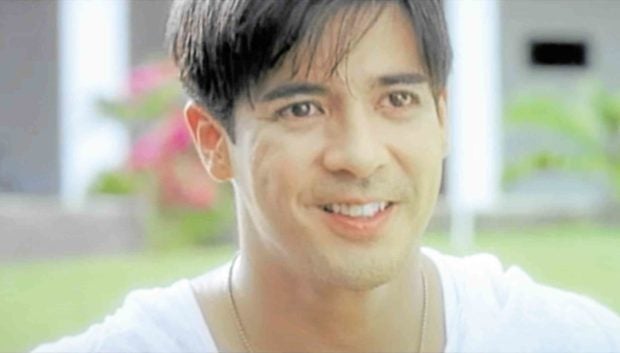 Also in the interview, Aga noted that stories such as this make him feel blessed about being an actor. “I always think about my audience, how they will react, before I commit myself to a project. It’s never about my performance but about how the project will impact the people who will watch it,” he pointed out. “After they watch, I want them to feel like the movie changed them for the better. That’s always been my mantra. I have turned down a lot of offers because of this. Gusto ko ng story na tumatagos. I’ve had a lot of incidents getting approached by people to personally say that this particular movie has turned their lives around.”

Vanessa agreed with Aga, saying: “I’m used to hearing stories of people coming up to a celebrity to tell how much the latter had impacted their lives. I just never expected it to happen to me. When I uploaded a poster of this movie on my personal blog account back then, I was surprised to have gotten a note from a stranger saying, ‘Because I’ve watched your movie, I made a life-changing decision to end my affair. I saw myself in the mistress and took pity on her. I decided to end the affair and make the family heal.’”

Maricel recalled a similar incident as well. It was about a mother and her daughter, both Maricel supporters, who earlier had a falling out, but reconciled after watching their idol’s film together. “The mom saw that the daughter was watching on her laptop. They resumed talking to each other in order to discuss what they like best about the movie. So you see, films make an impact on people’s lives in ways that we actors don’t realize,” she said. “This is why it’s important that we make our movies worth their while.”

For Angelica, an actor is a representative of the sector in society that his character belongs to. “This is why we should never let them down. If you’re a mother, then act like the best mom you could ever be. If you’re a nurse or a doctor, you have to act them well enough because you represent whatever value they stand for. It’s the same with being brokenhearted. If you’re supposed to be seen crying, then give your best cry. This is what I did in Sagada for ‘That Thing Called Tadhana.’ I guess it was so effective that during the summer after its release, everyone tried to climb Sagada in order to move on.” 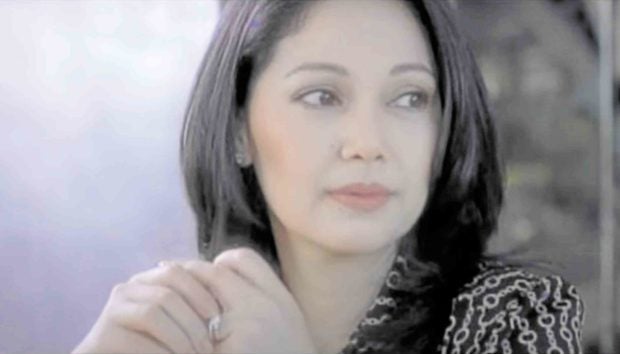 “The Sagada local government had to call out the producers of the movie because of that,” Angelica added. “It feels good to know that you are able to touch a lot of people’s lives with a simple portrayal of a character.”

Angelica, meanwhile, also recalled the time she did “The Unmarried Wife,” the last film Maryo made before passing on in January 2018. “I was already a more confident actor then compared to when I was doing ‘A Love Story.’ I also felt Direk Maryo’s trust in me when he said, ‘bahala ka na’ while we were doing one scene. It was funny because I was actually clueless about what to do. He didn’t even give me instructions for camera blocking,” she said, laughing.

Maricel said she made most of her movies with Maryo as her director. “He was someone who forgave people easily. He would get angry with us on the set, but we never took it personally. I was one of those people who could easily make him laugh,” she recalled.

Aga said Maryo’s death has left him hurting. “He directed me in my first movie, ‘Bagets’ (1984). He became a good friend after that. He was present in a lot of special occasions in my life, and so was I in his. I’m just glad we had this movie together,” he said. 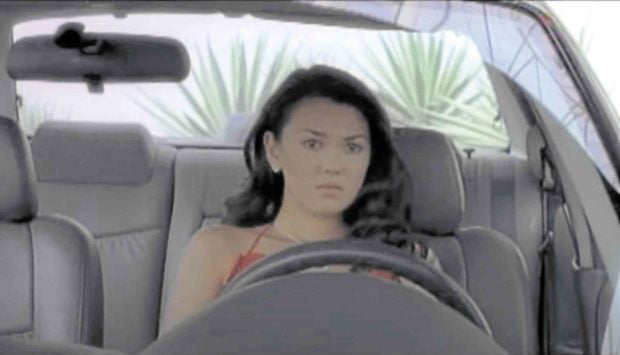 Vanessa said the last time he saw Maryo was at someone else’s wake. “Direk was heartbroken because the person who died was someone close to him. He hugged me as he was crying and told me that I should write him a movie about mental health and depression,” she recalled. “What’s best about him was that he had a keen understanding of human nature. People appreciated ‘A Love Story’ because it’s multilayered, and this was partly because of Direk Maryo. For him, there are no villains in the world, just misguided and misunderstood people. This is why viewers were torn on which side to take in this movie. All the characters are relatable.”

Aside from “A Love Story,” Sagip Pelikula Festival also brings to today’s viewers the restored hits of Aga in celebration of his birth month this August, such as “When Love Begins,” “All My Life,” “Sana Maulit Muli,” “Kailangan Kita,” “Basta’t Kasama Kita,” plus the classic films of Maricel and Angelica on KTX starting Aug. 18. (Tickets are now available at https://bit.ly/ALSonKTX.) INQ