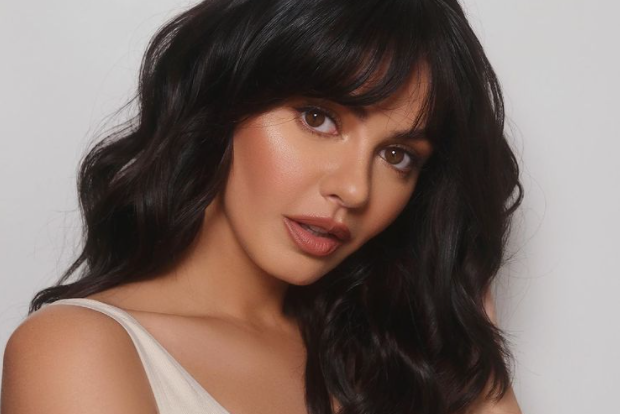 Janine Gutierrez just reached another milestone by bagging the Rising Star Award in the New York Asian Film Festival (NYAFF) for her performance in the film “Dito at Doon.”

“Ibang klase talaga si Len, mapa-dito man at doon (Len is really outstanding, may it be here or there)! We would like to congratulate our very own @janinegutierrez on winning the Rising Star Award at the New York Asian Film Festival 2021!” TBA Studios announced through its Twitter page last Saturday, Aug. 7.

The actress then quote-tweeted the studio’s greeting and admitted that winning the award was a “dream come true” for her, as seen on her Twitter page on the same day.

“Thank you to my TBA family — at sa lahat ng Len na patuloy na lumalaban (and to those who are like Len who continue to fight),” she said. “Thank you @NYAFF! Dream come true.”

The news was also announced by the NYAFF’s official Twitter account also last Saturday and was likewise quote-tweeted by Gutierrez yesterday, Aug. 8.

“[It’s my second] year to have a film part of your festival and I was so sad that for the second time, we’re still unable to attend — but now I’m just filled with gratitude. Thank you for supporting Filipino films and creatives!” she told the festival organizers.

so honored!!!! thank you @NYAFF!! second year to have a film part of your festival and I was so sad that for the second time, we're still unable to attend – but now I'm just filled with gratitude 🙏🏼 thank you for supporting Filipino films and creatives! 🤍🤍 https://t.co/0ESxEWo2yY

“Dito at Doon” is a contemporary love story that tells the story of Len (Gutierrez) and Cabs (JC Santos), two friends who develop a romantic relationship amid the pandemic-induced lockdown. The film was directed by JP Habac.

This is Gutierrez’s second film to be included in the festival. The 2019 thriller crime film “Babae at Baril,” which also stars the actress, was chosen to open the NYAFF in August last year. IB