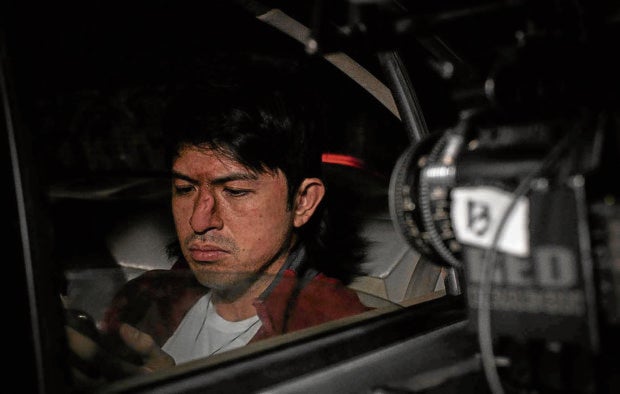 As an industry, we need a shot in the arm,” declared filmmaker Erik Matti, whose latest film, “On the Job 2: The Missing 8,” will be competing at the prestigious 2021 Venice Film Festival in Italy.

The film, starring John Arcilla and Dennis Trillo, will compete with 20 other entries in the main section. It is the only Philippine representative to the annual film fete, which will run from Sept. 1 to Sept. 11.

“We need to remind people out there that Filipinos are still here, that we’re still making films,” Erik told Inquirer Entertainment in a one-on-one interview on Friday afternoon.

“The goal in getting into Venice is for the film to get on the world stage. After we finished shooting the film in August 2020, we didn’t know what to do with it. We had no takers even for cinema distribution. It was difficult to find a deal that we wanted, partly because movie houses have remained closed,” he pointed out.

Three Filipino filmmakers — Lav Diaz, Brillante Ma Mendoza, and Pepe Diokno — have brought home awards in various categories at the Venice film fest. The first “OTJ” was part of the Director’s Forthnight of the 2013 Cannes Film Festival in France.

The “bigger statement” that the movie wanted to make, said Erik, was that not only is it competing in Venice but that its episodic version (six parts) will also premiere on HBO Go in Southeast Asia, Hong Kong and Taiwan in September, tentatively.

“It’s trying to say that, ‘Yes! You can be on both worlds.’ You can continue to create art house films—semiart house in our case—but still not forget the economic aspect of the film because it will be seen by a lot of people,” he explained. 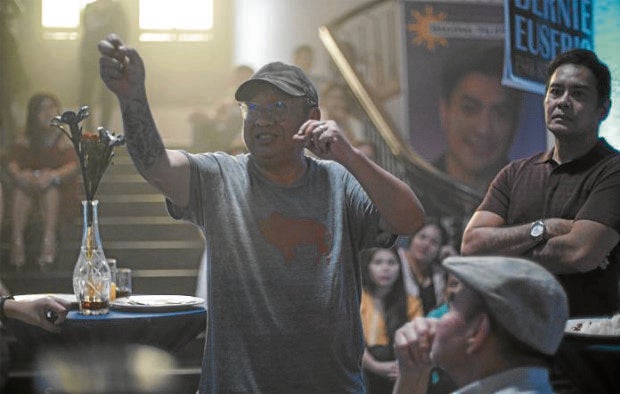 In “OTJ2,” John plays the lead character, a paid journalist. He gets money from a politician so he constantly argues with his partners in the provincial newspaper he runs. One day, he goes to the office and discovers that all of them disappeared. So now, the compromised journalist starts becoming the journalist that he used to be. He digs up evidence as to who is to blame for the disappearance of his colleagues.

Erik said he hoped that with what happened to “OTJ2,” producers would find confidence in investing in bigger films again.

“Right now, we only come up with films worth P4 or P5 million,” he pointed out. “The filmmakers, on the other hand, will finally free themselves of the idea that they can only make rom-com (romantic comedy).”

“They’d say, ‘Finally, we are starting to fight the norm.’ There are a lot of them out there whose sensibilities aren’t really for blockbusters. They will see that, after ‘OTJ2’ got sold, they can also come up with new stories, not just those that producers are asking from them. They can now think bigger,” he added. 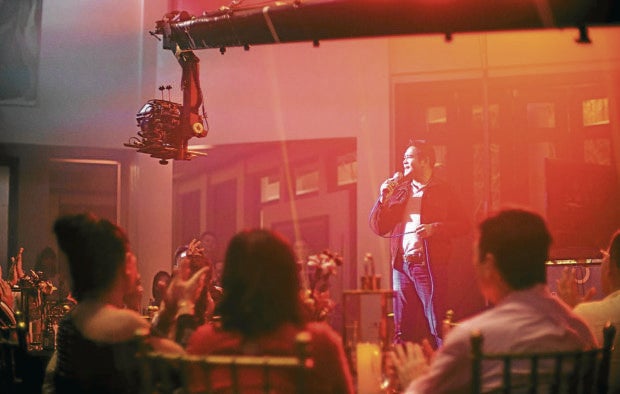 Erik said that he and his team sent materials to the Venice festival in February, even before it started accepting entries. They received a positive response only in April. “What we sent them didn’t even have graphics yet and the music was still temporary. I guess you can say they were moved by the story,” Erik beamed.

The director added that the Venice deal happened simultaneously with negotiations with HBO Asia. “The original deal was that HBO will stream it and leave everything else to us. But for the new deal, HBO wanted exclusivity, which made us happier,” he said.

Erik explained that a theatrical screening for “OTJ2” in the Philippines will be organized, tentatively within the year, with the goal of making the audience see the movie version in full. It runs for three hours and 28 minutes. “This is before HBO starts airing the episodic version. While the deal is brokered by HBO Asia, the film will also be shown in other territories outside Asia,” he declared.