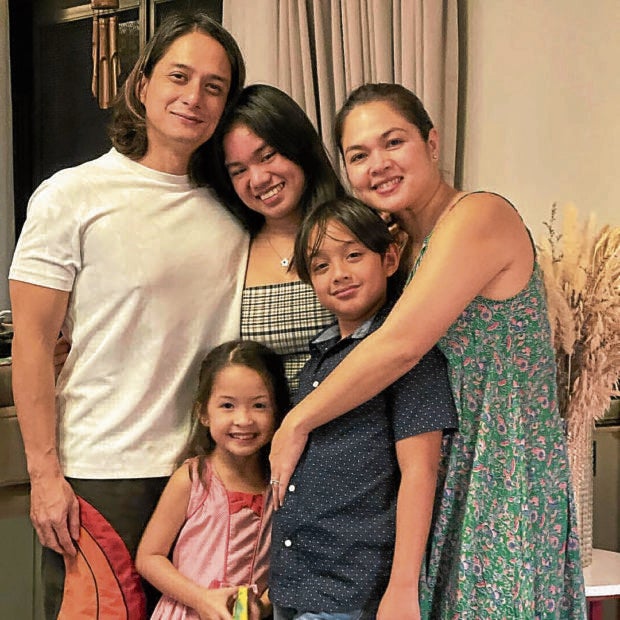 The restored version of the Jose Javier “Joey” Reyes romantic-comedy film recently premiered on ktx.ph and is currently streaming along with Joey’s other works under the Sagip Pelikula Film Festival.

Ryan said that it was only when he saw KKK’s poster on an Instagram post announcing the streaming schedule of the film’s restored and remastered version on ktx.ph that he realized how long ago it had been made. “It’s such a big part of our lives. It’s just really now that I was given the perspective that this film happened 15 years ago. The experience felt so recent to me.”

This was why, when ABS-CBN’s Film Restoration and Archives head Leo Katigbak asked the Agoncillos and Joey during a prestream interview if they would be open to doing the final sequel to the trilogy, they all said “yes.” Part two, which was titled “Sakal, Sakali, Saklolo” (SSS), was released in 2007.

With its original story written by Joey and inspired by the screenplay of Mary Ann Bautista, the film revolves around Angie and Jed (Judy Ann and Ryan), an unlikely couple who are about to tie the knot following Jed’s impulsive decision to marry Angie. Problems start to arise for Angie and Jed during the wedding preparations as the in-laws begin meddling and clashing with one another. Aside from the troubles caused by their parents, the couple will also have to deal with their not-so-perfect relationship while a baby is on the way.

Meanwhile, in SSS, Jed and Angie become first-time parents who have a lot to learn about raising a child.

“For me, the memory is still so clear, that if you get me in 2021 to reimagine Jed and Angie, I’d still know what they could be like. They are not lost in my mind. Their journey, if you ask me, is now something that we also go through in our marriage. We could relate to them, although our experiences aren’t exactly the same. This couple is almost our age. They are in their early 40s. I can also imagine that Jed and Angie’s kid, Rafa, is already all grown-up.”

Judy Ann agreed by saying, “I imagine the story to still have a lot of funny, as well as dramatic moments. As our captain, it will really depend on which direction Direk Joey will choose to steer the ship.”

The award-winning actress added: “A lot of people will be able to relate to the couple, too. Family life is both difficult and fulfilling. When you try to look back at your past experiences, especially when you have kids, you will just laugh at them now. I imagine Angie and Jed to be like that. They are real people with real issues. It just so happened that all these were put in a film and that it was me and Ryan who played them. As to the question of whether I’m still willing to play Angie, the answer is a resounding ‘yes.’” 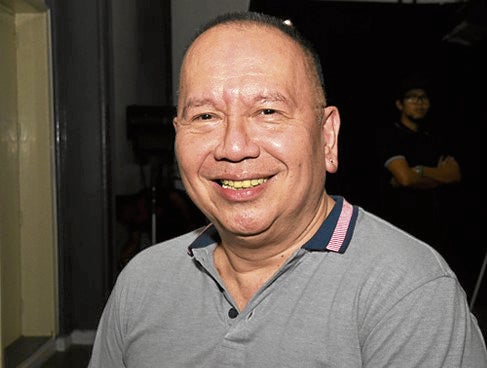 Joey disclosed that he never stopped working on Part Three, and that he has even come up with a title already. “But since we’re in a pandemic, I’m leaving this with Star Cinema. If the third part is destined to happen, then it will happen. Its concept has long been brewing in my mind. We’re not in a hurry. This means there’s more time for the story to hone itself into what it will eventually become,” he declared.

Judy Ann then recalled the reaction of their eldest child, Yohan, when the teenager first saw KKK. “We were channel-surfing one night and chanced upon it. You see, our kids like watching our work. Yohan said, ‘O my God! Mommy, now I see why Daddy fell for you!” She also said, ‘Mom, you’re so payat!” and ‘Mom, you have curves!’”

Ryan added: “I also felt the same with my parents when I saw pictures during my christening. I told them, ‘Wow! Ang ang pogi mo, Paps!’ and ‘Ang ganda mo naman, Ma!’ But our kids, they see us—still so young—in all these frames that were perfectly lit. That must have been an awesome experience for them.”