For Shaina, having a love life isn’t a measure of one’s success | Inquirer Entertainment

For Shaina, having a love life isn’t a measure of one’s success 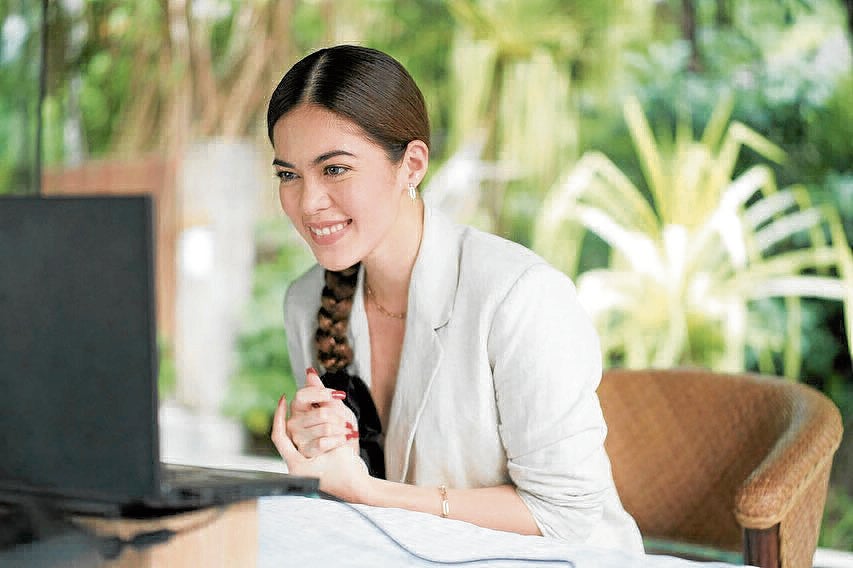 If only finding a partner is as easy as creating bags,” quipped actress Shaina Magdayao, whose last public romantic relationship was with actor John Lloyd Cruz, before breaking up with him in 2012.

“If only it’s that easy to design your ‘perfect partner’ and achieve that ‘perfect fit,’ with all the functionality and sustainability you require. Unfortunately, it’s not,” said the actress, while reacting to a question about her love life from show biz scribes during the virtual launch of her new business, The Organized Chicas.

Since 2012, Shaina has been rumored to have dated other guys in the business, like fellow ABS-CBN contract artist Piolo Pascual, but she denied all of them.

Besides, having a love life isn’t how one should measure personal success, the actress stressed. “As long as I”m doing everything with a purpose, as long as what I do isn’t just serving myself but also the people around me, then that’s already being successful,” Shaina pointed out. Blessed

“I help people in my own little way. People write to me on social media to ask for advice. They know I have health issues, too. I still have hypothyroidism. I try to convince them that it’s never too late to start taking care of one’s self. I share with them my struggles with my weight, skin and body. I tell them that things didn’t happen for me overnight. It took years to finally achieve what I have now. It’s really all about caring for myself,” the actress shared with reporters.

Shaina likewise stressed that she already felt so blessed that she couldn’t ask for anything more, and that bagging her third best supporting actress trophy (from Gawad Pasado) for Mac Alejandre’s dramatic film “Tagpuan” is already a bonus.

“I was just honored to be able to portray a character created by [award-winning writer]Ricky Lee. That’s what made me say ‘yes’ to being part of the project, and also that I’ll finally be able to work with him and learn from him and Direk Mac,” she pointed out.

“I have nothing more to ask. I’m just taking everything in. I want to stay grateful for every good thing that’s happening in my life, even the not-so-good ones,” Shaina said. “I always ask for guidance. If it’s His will for me to stay in the business and play more roles, I’ll do it. The businesses that I invest in, particularly The Organized Chicas, are all about sharing myself with everyone, inspiring them to care for themselves and nurture their bodies. I can say that I would know best because I’ve been in the business for a long time. Kawawa talaga ang katawan ko. For years, I felt really overworked.”

Shaina is currently a cast member of the long-running action series “FPJ’s Ang Probinsyano.” She said working at the time of the pandemic brought inspiration to create The Organized Chicas, along with long-time friend and makeup artist Nikki Medina.

“When we started taping for ‘Probinsyano,’ the production team was very strict. We were told we couldn’t have our Plus One, so we really had to fix our own things. I had the bags that I use for tapings especially made because I’m so OC (obsessive-compulsive) and I want everything organized. I would often ask Nikki’s help to fix my stuff,” she recalled.

That’s when the two women had their light-bulb moment, Shaina said. “I told Nikki, let’s turn this into a business!’ That’s when it all started. It’s also our own little way of giving opportunities to individuals who made our bags because a lot of people lost jobs during the pandemic.”

Five months after that incident, Shaina and Nikki are already expanding. “We are not just a bag line anymore, but we’re into apparel, too. The clothes I’m wearing for this presscon are by The Organized Chicas. We’re now like a lifestyle brand, offering everything in canvas and linen. I don’t know, who knows, we might carry cotton in the future.” (For more details, follow the accounts of The Organized Chicas on Facebook and Instagram.)