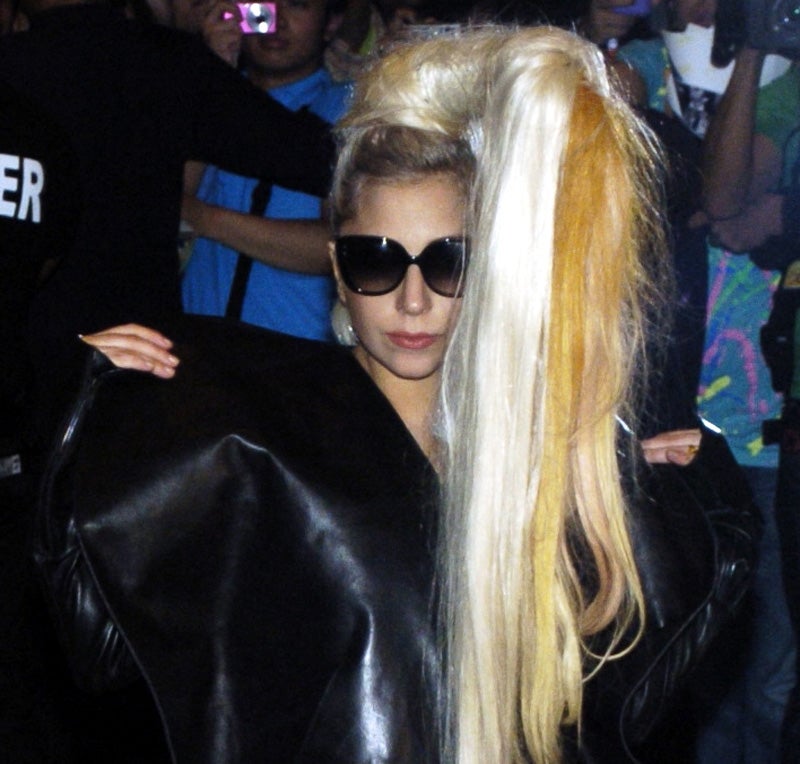 MANILA, Philippines—Controversial pop superstar Lady Gaga arrived in Manila on Saturday on board a private jet, which landed on a more secluded area of the Ninoy Aquino International Airport (Naia) amid a series of protests calling on Filipinos to boycott her two-night concert here.

Airport authorities said Lady Gaga arrived at the Naia Terminal 1 around 7:30 p.m. on board a Gulfstream IV business jet.

Unlike her previous visit to Manila when she took a commercial flight, a private jet has been chartered by the show promoters to fly her from Taipei, where she had just performed in concerts as part of her “Born This Way Ball” world tour.

Airport records revealed that the chartered aircraft docked at Remote Parking Bay 20 which is isolated from public view, keeping her away from the media and the public.

From the airport, the American singer-songwriter went straight to Makati Shangri-La hotel where she is billeted for the duration of her concerts scheduled Monday and Tuesday. No interviews were granted as bodyguards led the singer inside the hotel after she stopped briefly at the entrance to sign autographs for screaming fans.

The shows, which will be held at the newly constructed SM Mall of Asia Arena in Pasay City, has generated protests and threats from various religious groups including bishops of the Catholic Church due to her provocative image and songs.

Some 200 Christian youths marched in Manila Saturday morning for the second straight day, chanting “Stop the Lady Gaga concerts.” They held placards urging the pop diva to “respect our faith, stop the blasphemy.”

The protesters were on their way to the Arena until police stopped them near the route approaching the Mall of Asia complex.

The Biblemode Youth Philippines members also plan to hold a vigil starting Sunday near the seaside concert venue. They say they are offended by Lady Gaga’s music, particularly her song “Judas,” which they say mocks Jesus Christ.

On Friday, leaders of various organizations under the United Christian Groups held a press conference and accused Lady Gaga of “symbolizing everything that is corrupt and demonic.”

They called on authorities to stop the concerts.

Catholic leaders chimed in, asking the faithful to boycott the shows, which, they said, would promote godlessness.

Much of their displeasure was focused on Lady Gaga’s song “Judas,” a track from her 2011 album “Born This Way,” whose music video features a stylized Biblical storyline in which she personifies Mary Magdalene caught between her allegiance to Jesus and an attraction to Judas Iscariot.

Authorities have approved the concerts but said they won’t allow lewd acts. 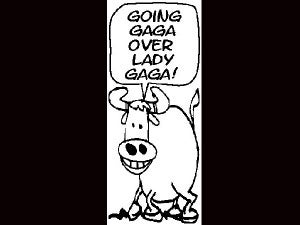 Renen de Guia, head of Ovation Productions, organizer of the concerts, sought to clarify what he said were misconceptions of people on Lady Gaga and her music.

On Friday, he told the Inquirer that Lady Gaga, just like other artists, thrives on controversy. He recalled the rumors surrounding the 26-year-old singer when he produced her first concert in Manila two years ago: “The talk back then was that she’s a hermaphrodite. Did she deny it? No. She went along with the rumor. Now we all know that it was just rumor. Today she’s thought of as evil who belongs to a satanic cult. Again she’s not denying. We should know better. The controversy is working.”

The promoter pointed out that the “Judas” music video “is very tame, compared to other videos by R&B and hip-hop artists. “If you’re paranoid, everything is evil to you. And why is nobody making a fuss over vampire movies? Why single out Lady Gaga?”

She has been quoted on the Internet service provider MSN Canada, explaining her intentions in writing the controversial song: “‘Judas’ is a metaphor and an analogy about forgiveness and betrayal and things that haunt you in your life, and how I believe that it’s the darkness in your life that ultimately shines and illuminates the greater light that you have upon you.”

Her Manila concerts are part of the ongoing “Born This Way Ball” tour, which opened in Seoul. Days before the concert, a group in Korea called Civilians Network criticized it as “too homosexual and pornographic” that could “taint young people.” The state agency Korea Media Rating Board declared it as a for-adults-only show, with the promoter refunding 280 out of the 44,500 tickets sold.

A scheduled performance on June 3 in Jakarta is in limbo after Indonesian police refused to grant organizers a permit, citing warnings from hard-line Islamic groups.

In a statement sent to the media on Friday, De Guia confirmed that the Manila shows “will be staged as scheduled despite isolated calls from certain groups for their cancellation.”

He explained: “While we respect the beliefs and positions of  these organizations on certain fundamental issues concerning morality and decency, we wish to assure the general public that the performances of Lady Gaga will not pose as a threat to their sense of  morality and conduct—especially the youth—as these groups have warned.

“We appeal for greater understanding and ask the public to treat the musical and theatrical acts of Lady Gaga as authentic and legitimate forms of artistic expressions which have enjoyed widespread appeal and acceptance among millions worldwide.

“The ‘Born This Way Ball’ concert is no exception, and we are confident it will also be appreciated and accepted by local audiences once it is staged.” With reports from Tina G. Santos and AP