First look at ‘Sex and The City’ revival finally released 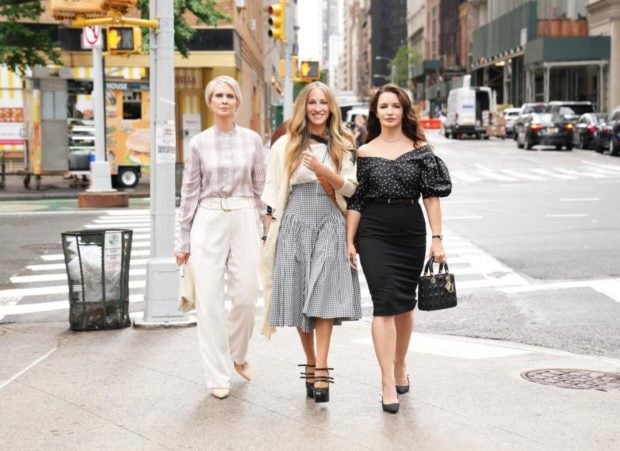 Streaming platform HBO MAX has released a teaser photo for the upcoming revival of the hit series “Sex and The City.”

Three of the lead stars of the original series — Sarah Jessica Parker (Carrie), Cynthia Nixon (Miranda) and Kristin Davis (Charlotte) — are seen walking on a New York City street in the image, as per the revival’s official Instragram page yesterday, July 10.

Unfortunately, Kim Cattrall, who previously played Samantha Jones, won’t be returning to reprise her role. Cattrall has been very public about her desire to put the franchise, her co-stars and her character Samantha behind her. A feud has also existed between her and Parker, widely reported about after the original series ended.

The reboot titled “And Just Like That” has been confirmed by HBO Max as a 10-episode limited series.

“And Just Like that” does not have an official premiere date yet, but various behind-the-scenes snippets have already been posted by the cast and crew, such as Parker who showed the front page of a script last week.