How celebrity status helps Francine realize dream of healing others 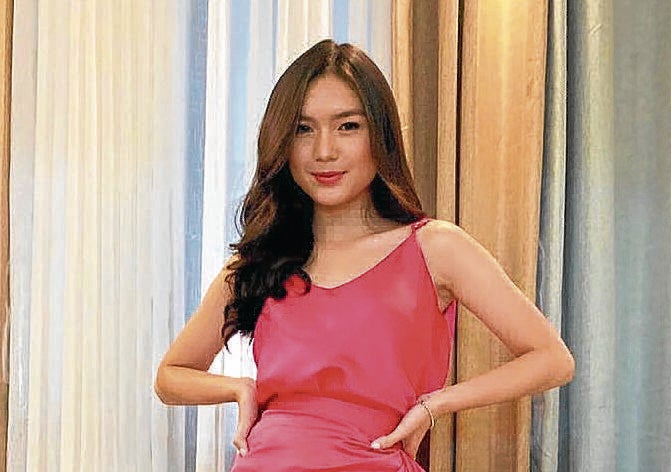 Without realizing it, actress Francine Diaz is turning out to be almost like the person she dreamed of becoming when she was younger, a doctor.

The teen star recently told Inquirer Entertainment that she had wanted to become a doctor to help heal her siblings, who were sickly while growing up, and also because her family didn’t have enough resources for their regular checkups.

These days, Francine is involved in helping young people like herself, but individuals who feel they are going through mental and emotional problems as a result of the isolation related to the current pandemic.

“When I was younger, I dreamed of becoming an astronaut, a teacher and a model/actress. When I went to high school, I imagined being a doctor because my siblings were often sick, and we didn’t have money to take them to the hospital. We would always borrow money for medicine. I thought, if I become a doctor, then we don’t have to pay,” recalled Francine, who is the third of six siblings. “This was why, I would always go online to learn how to treat common illnesses in kids, like headaches, tummy aches and back pains.

“Come to think of it, these ambitions are all connected to my being an actress today. I hope to be able to portray all of them in future film and TV projects,” said Francine, who is the family breadwinner.

It is also Francine’s celebrity status that allows her to be able to reach out to many people through social media. After all, she is a member of the popular teen group, “The Gold Squad,” along with her onscreen partner Kyle Echarri, as well as Andrea Brillantes and Seth Fedelin.

“I don’t have a definite answer to all the mental health problems that people my age are going through as a result of the pandemic. But I do know that what they’re dealing with is not easy,” she explained.

Francine observed that “some people from my generation are having a hard time opening up to their families. Most of them said grownups would simply tell them to stop acting up and be serious. I made my social media accounts more accessible to them so that they can express themselves freely.”

The actress also said she is well aware that depression, anxiety and mental illness are “serious topics we all need to focus on, along with physical illness. Kung gaano kahirap ang sakit sa labas, gano’n din ang nasa loob. I don’t want anyone to feel that they’re alone so, in the account that I created for them, they can freely rant or share their problems. I’m here for them.”

Francine said she was surprised to have received so many messages, and she is now trying her best to answer all of them in spite of her busy schedule. “Whenever I answer, I try to put myself in their shoes so I could approximate how they feel. I then tell something to make them feel better,” she shared with Inquirer Entertainment.

Of the numerous messages she got, Francine took exception to one from a girl who is now in her 20s. “At the time she was feeling depressed, she said she felt nobody understood her. People told her she was just being overly dramatic. I will not say what she did to herself in the past anymore. Thankfully, she was able to survive, and that it was “Bro” (local slang for God) who helped her. She said prayer is a powerful weapon. She’s OK now. She said she never wanted to go back to that extremely sad phase in her life, so she chose to focus on the positive. Even I felt good after she shared this with me. I also felt motivated as a person.”

When asked to share her personal struggle, Francine said she also felt anxious, especially when ABS-CBN was forced to shut down during the strictest implementation of the pandemic lockdown. “I’m fine when I’m busy, but when I’m idle, I would worry about things. In my mind, I would ask, ‘What will happen to my family tomorrow? Where will I get money for food? My siblings need to go to school. What will I give them for their baon?’ The questions never stop. It felt like torture,” recalled one of the lead stars of the drama series “Huwag Kang Mangamba.”

For a more holistic approach to the problem, Francine said she partnered positive mental motivation with physical workout. “Kahit pagpawisan lang ako for a short period, physical activity really helps. I also played with my younger siblings,” she said.

Francine said she has been asked numerous times to give advice to people her age who might be going through the same troubles, and this is what she would always tell them. “I know exactly how you feel. This is a test to determine how strong we are. I promise you, this will end soon. Don’t give up. Just keep praying.”