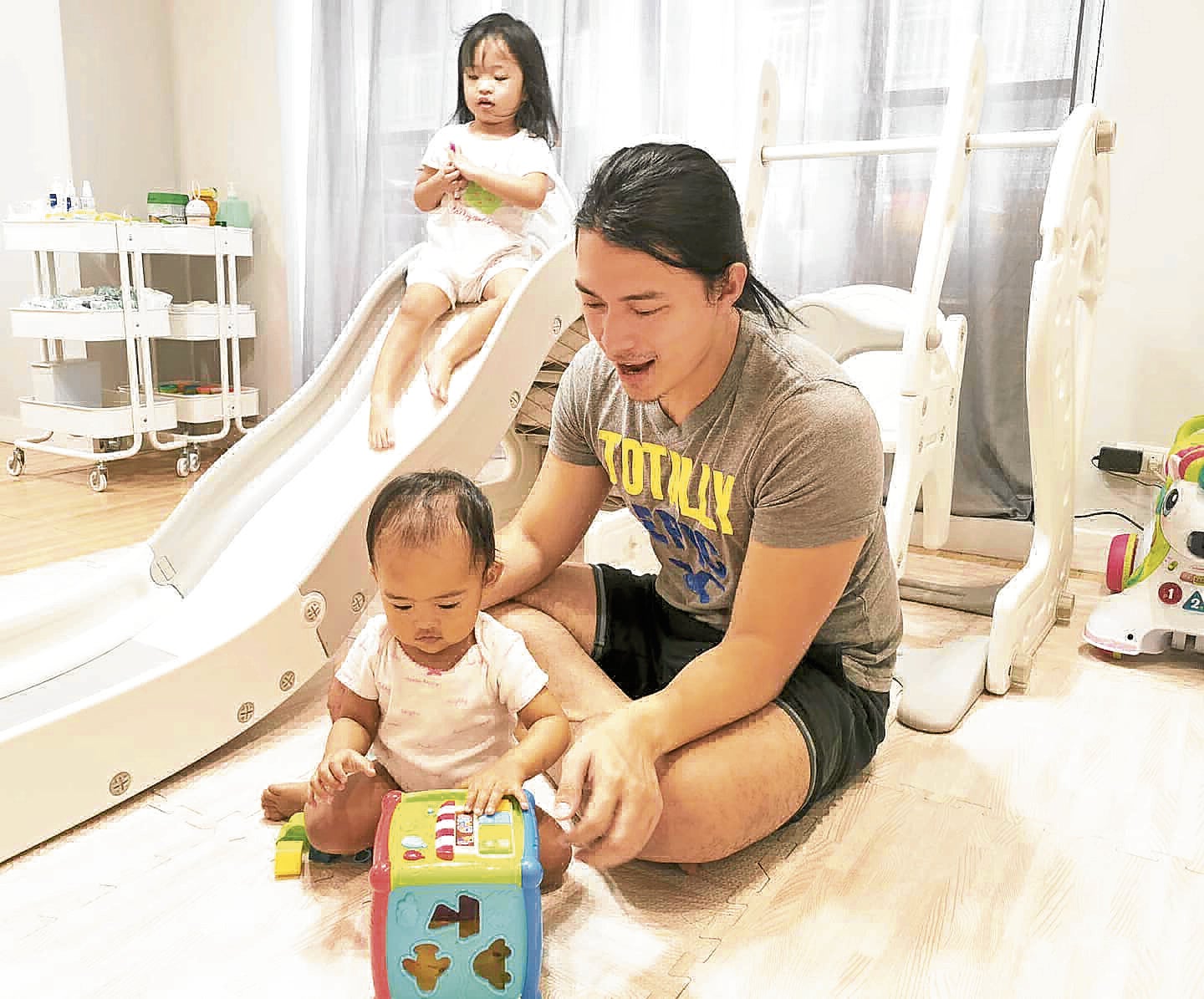 There was a time before his marriage, Mike Tan recalled, when he worried that being a father could limit the type of roles he gets. But as it turned out, the opposite was true.

“The uncertainty was there, because you’re not sure what projects the network will give you once you’re a father. Thankfully, it didn’t really have much bearing; I was still given roles that I like. In fact, I have become more open to different roles since I now have to provide for my family,” he said in a recent virtual conference.

And if he does end up getting more father roles in the future, Mike said he won’t mind because he now has experience to draw from. “Prior to the pandemic, Glaiza (de Castro) and I were supposed to do a series that centers on babies and children. But we couldn’t push through because of the restrictions,” said Mike, who has two baby girls—Victoria, 2, and Priscilla, 1—with his nonshowbiz wife.

“But I remember going over the script and feeling surprised that I found it easier to study. Mas madali humugot ng emotions. I had a scene where I had to act like I was missing Glaiza. But, somehow, I saw my kids [while internalizing]. And, yes, you become more sensitive … you can relate better to father roles,” he said. The 34-year-old actor, who’s now part of the upcoming television adaptation of the drama movie “Nagbabagang Luha”—also with Glaiza—keeps his acting sharp by watching a lot of films at home.

“Back then, we used to have workshops to prepare. But now, whenever I watch shows at home, I find myself reciting the actors’ lines subconsciously. My wife gets weirded out,” he said, laughing. “Or sometimes, I practice in front of the mirror.”

The Kapuso talent decided to get married in his 30s because he wanted to make sure he was ready “emotionally, financially and spiritually” before starting his own family. Still, the curve ball COVID-19 threw at everyone proved to be challenging for him.

“I had anxiety. We all wanted to work, but we couldn’t at the beginning of the pandemic. But the bills, the expenses keep on coming. Your savings weren’t getting replenished. But, thank God, I was still able to provide for my loved ones,” he said. 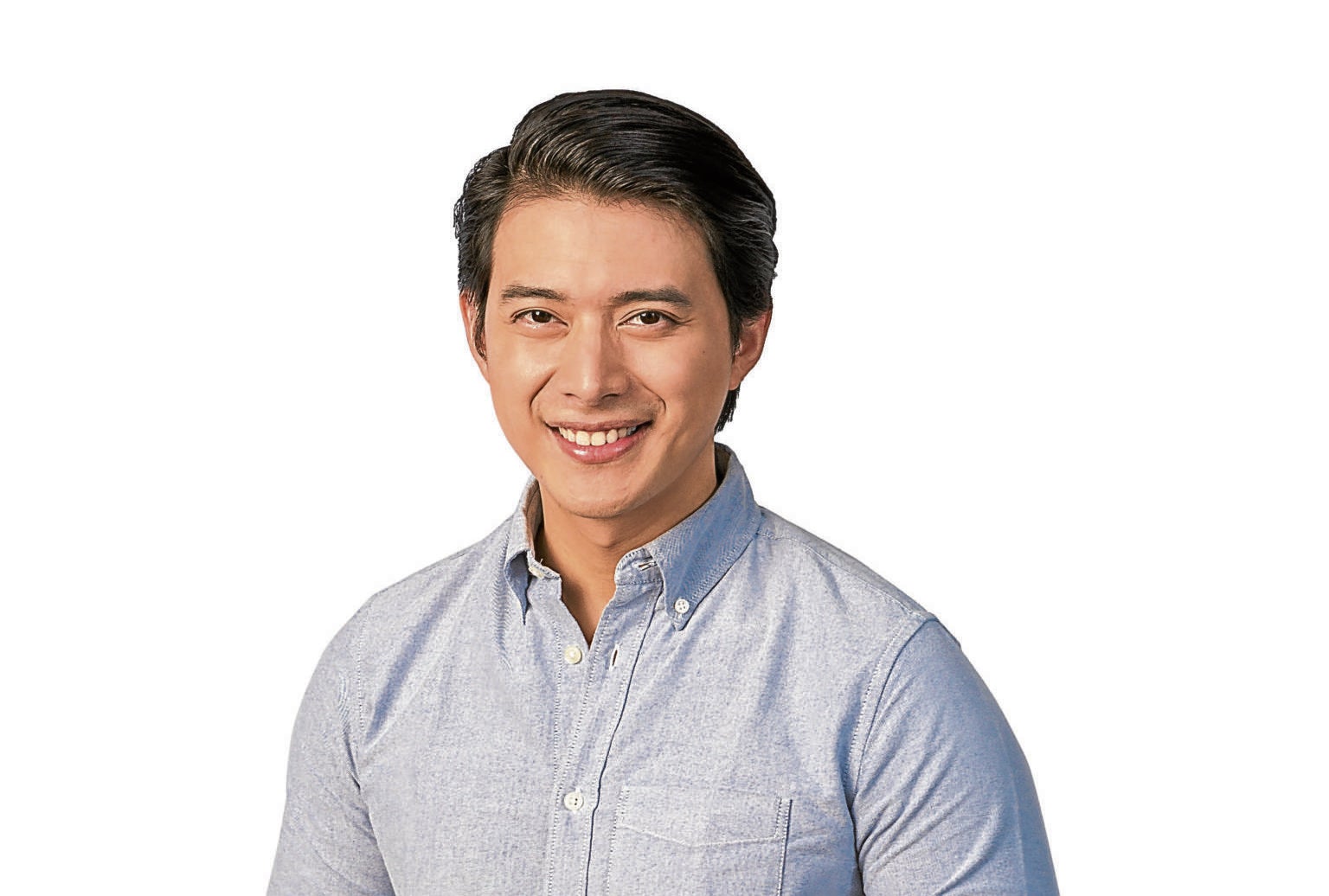 Not taking any chances

That’s why he felt some relief after getting vaccinated, which gives him an added layer of protection when he’s out working or in locked-in tapings. But he won’t be taking any chances. “That doesn’t mean I have immunity; the vaccine is just to make sure we don’t get severe symptoms. My two babies can still get infected, and I don’t want that to happen,” related Mike, who has turned his home into a playground for the kids. “We couldn’t get out, so we have to find other ways to keep them entertained.”

Being a father has drastically changed Mike’s perspective in life. Priorities are different and sacrifices had to be made. “You have to give up your personal wants or luxuries. I used to be a gamer and I used to exercise a lot—swimming, running, training—but now, I have to prioritize rest in my spare time so you can give your best to your kids,” he said.

“Back then, you only thought about yourself when making decisions. But now, you have to evaluate your moves: Is this practical? Do I have a budget for this? Everything is about ensuring you can give your kids a good future, that you can send them to good schools and give them comfortable lives,” he said. But seeing his girls happy, Mike said, makes everything worth it. “Their joy is infectious!”