Bob Ballard: Life lessons from the legendary explorer who found the sunken Titanic 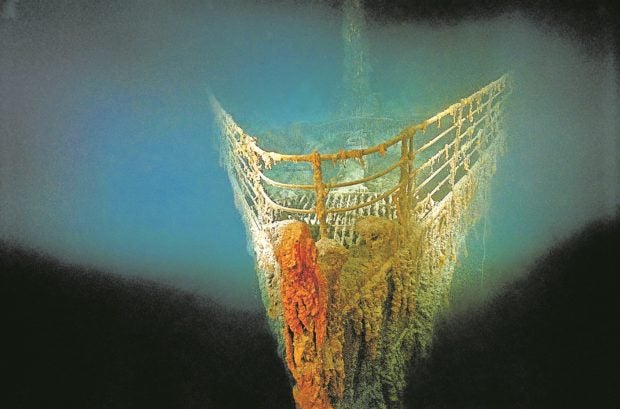 Bob Ballard is known in his line of work for his pioneering use of submersibles that laid the foundation for deep-sea archaeology. The legendary oceanographer, who turned 79 last Wednesday, has conducted 157 deep-sea expeditions to date. And he has no intention of hanging up his diving gear just yet.

For most people, however, Bob is instantly remembered for something he did more than 36 years ago—on Sept. 1, 1985, to be exact—when he found the wreckage of the Titanic 73 years after it sank in 1912!

He discovered the missing 882-foot, 46,000-ton ocean liner some 13,000 feet underwater at the bottom of the Atlantic Ocean by using an unmanned submersible called Argo.

We spoke to Bob over Zoom last month to discuss “Bob Ballard: An Explorer’s Life,” the special hourlong documentary that premieres at 9 p.m. on National Geographic Channel today. It’s as much about the triumphs and tragedies of his life as it is about the inside stories behind his exciting discoveries. The show serves as a companion piece to his tell-all memoir “Into the Deep,” released last May 11.

We must admit that when the interview was first pitched to us, the idea instantly plugged us into the pop-culture zeitgeist—with images of Leonardo DiCaprio and Kate Winslet (in James Cameron’s 1997 film “Titanic”) cheekily popping in our head, while Celine Dion sings “My Heart Will Go On” in the background, milking Jack and Rose’s tragic love story for all its melodramatic worth.

But all that silly musing flew out the window as soon as Bob began sharing his theories and “informed views” about the Bermuda Triangle, the Loch Ness Monster, Noah’s Ark, the lost city of Atlantis, Amelia Earhart and her missing Electra plane, the disappearance of Malaysian Airlines Flight 370, the possibility of extraterrestrial life forms and the concept of Earth as a creature called Gaia symbiotically living with the rest of life on the planet.

As for the Titanic, Bob said that it was he who probably found it “because I think differently.” 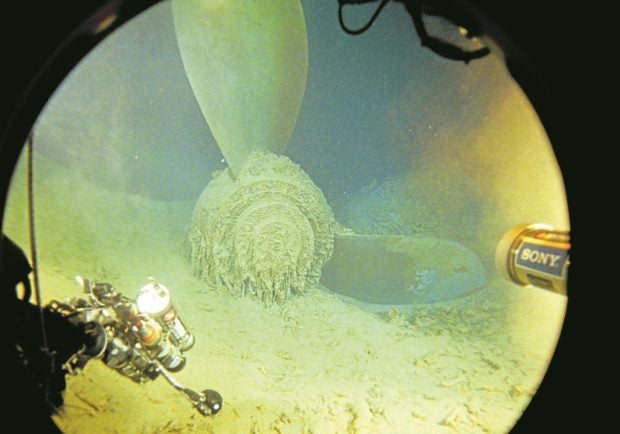 View of Titanic’s propeller from the Mir submersible porthole

“I wasn’t prepared to search for the Titanic,” said Bob when asked why he thought he’s had more success at finding sunken ships than other explorers. “The French were supposed to find it on the first leg but didn’t. I couldn’t talk about this then, but I’m glad I can finally tell the truth: I was on a top-secret mission looking for nuclear weapons, and I only had 12 days after that [to search for the Titanic]. “I didn’t have sonars then so I dreamed up a way of doing it by looking for the debris field, which I learned from mapping the Scorpion (one of the two fallen nuclear submarines, the other one being the Thresher) … You can’t overthink these things, so I just used scientific logic and common sense.

Ironically, Bob didn’t grow up “exceptional.” In fact, he said he had difficulty reading as a child—the consequence of undiagnosed dyslexia that drove him to work twice as hard as his innately brilliant brother Richard.

“I hope my story inspires the next generation to overcome difficulties,” said Bob when asked about how he’d like his legacy remembered. “In both ‘Into the Deep’ and the TV special, I talk for the first time about being dyslexic. It’s something I learned late in life through my daughter, who was diagnosed with it.

“There’s a wonderful book called the “Dyslexic Advantage” [by Brock and Fernette Eide] that talks about what a gift it is. But it’s a two-edged sword. The suicide rate among dyslexics is very high in America (70 percent), because they can’t compete in a nondyslexic world. I’d like to inspire them to go down the path to success. So, I hope that’s going to be my legacy.”

Excerpts from the Q&A with Bob:

How does it feel to have played such an important role in man’s understanding of historical events?

What I’m excited about is showing that the deep sea is the largest museum on Earth—there’s more history in it than all the museums of the world combined. The United Nations estimates that there are between 3 and 4 million shipwrecks in the ocean. So, I think of them as time capsules of human history. I even found a shipwreck from 250 B.C. that still had human remains. 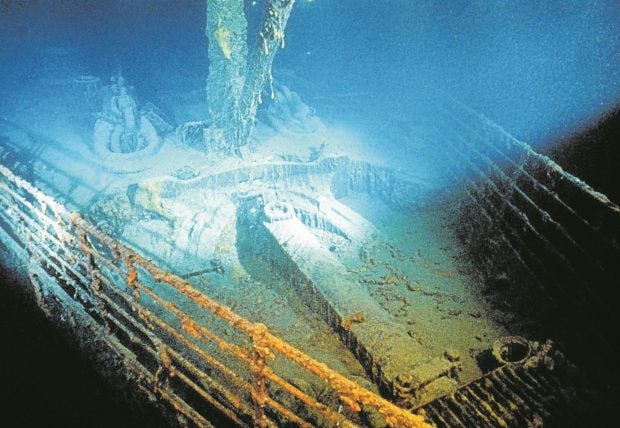 The Titanic was found 13,000 feet under the surface of the Atlantic Ocean.

I’d like to say to the next generation that you’re going to explore more of earth than all previous generations combined, using new advances in technology. What I did with the Titanic was like two cans and a string compared to what I have now. I want them to realize what’s down there.

But there’s no guard on the door—there’s so much of that that’s being destroyed. Trawling is probably one of the worst things that’s happening in the Mediterranean, where there are trawl marks every few centimeters that have literally decimated a lot of the ancient history down there.

What would you advise kids who wish to follow in your footsteps and pursue their own “adventure with a purpose”?

I tell kids to follow your dream. If it’s your passion, it’s important to have that fire in your belly—go to school and get smart. If you don’t run to school, you’re running in the wrong direction. Chase your dreams. My dream was a little silly. When I was growing up, I saw the [1954] movie “20,000 Leagues Under the Sea.” I didn’t read the book because I’m dyslexic. I fell in love with the film and told my parents, “I want to be Captain Nemo when I grow up”—and they didn’t laugh! I’m sure they went into the other room saying, “Houston, we have a problem (laughs)!” So, I was able to transfer my dream into reality. 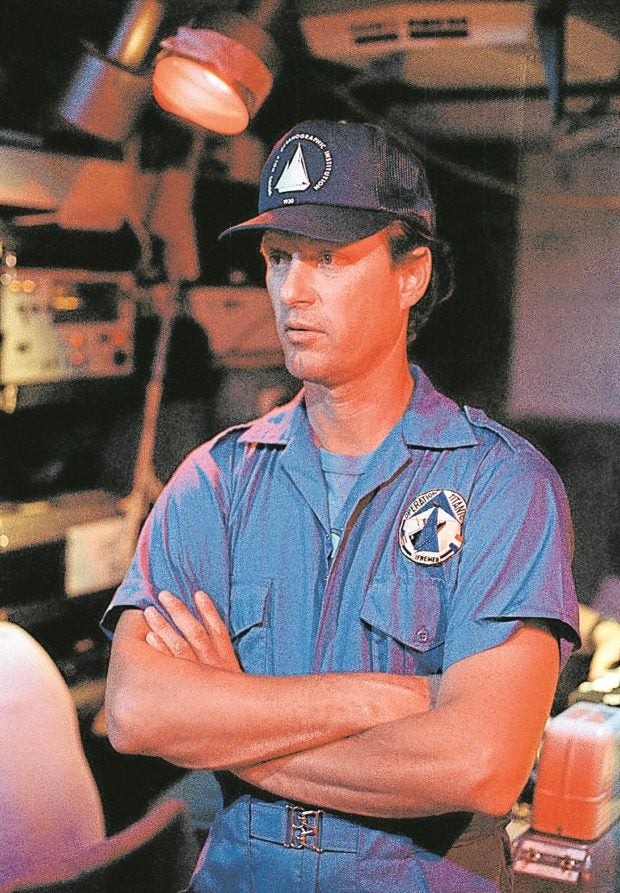 Look, I had a sister who couldn’t speak, who hardly had a lower jaw, [but] she never stopped smiling—she was happy all her life. Looking across the table every morning at this person who got dealt a horrible deck of cards made me say I’m not going to complain about anything. How can you complain?

You were one of the people who discovered the existence of chemosynthetic life forms. Are you hopeful about the discovery of extraterrestrial life or noncarbon-based life?

I’m confident—which is why I’m working with Nasa on [Saturn’s moon] Enceladus and [Jupiter’s moon] Europa. They’re both like the North Pole, with an ice canopy. But beneath them, they have oceans that are deeper than ours, where the volume of water is far larger than the volume of water in our oceans.

In the case of Enceladus, we’re seeing active “geysering.” They’re thinking of burning their way through the two-mile canopy and see if they discover sulfides or, if they’re lucky, chemosynthetic bacteria. I’m excited because I want to get this issue over with, so we can get over the fact that there is indeed life somewhere else.

Humans can’t leave this solar system—we’re locked into it—because we cannot break the laws of physics. Mars is a ridiculous option because we can’t even terraform the Gobi Desert. 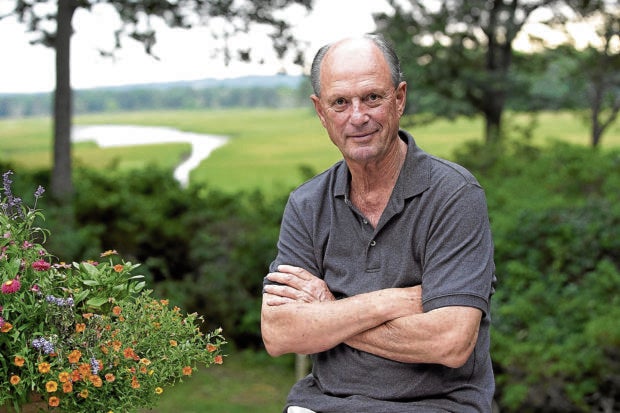 The most important thing that came out of the space race was [realizing] there’s no plan B for the human race—and we better clean up our act before the planet, as the creature Gaia, gets rid of us, because we’re a threat to it!

It’s been a life full of accomplishments and you’re turning 80 next year. Are there unchecked items on your bucket list that you still intend to pursue?

I’m going after Amelia Earhart again and we’ll get it [this time]! But I’m really moving into mentoring at this stage of my life. I have had five different teams from different worlds over the years and I’ve now replaced myself with a successor in all five of them.

Also, through the experience of writing my book, I have embraced my dyslexia. We have numerous examples of successful dyslexics—Leonardo da Vinci, Albert Einstein, Steven Spielberg, Whoopi Goldberg, Charles Schwab, Richard Branson. In the US, dyslexics comprise the dominant population in our prisons. It costs more money in America to incarcerate a person in prison than to send them to our best schools. Look at how we’re misspending our resources. So, I’m committing myself to spending a fair amount of time talking to [dyslexic] kids and discussing how I overcame it.

I want them to yell at the top of the mountain and say, “I’m dyslexic—and it’s cool!” My mission now is to make sure those kids don’t go to prison. INQ

“Bob Ballard: An Explorer’s Life” premieres tonight at 9 on National Geographic Channel (channels 41/195 on SkyCable and channels 141/240 on Cignal).