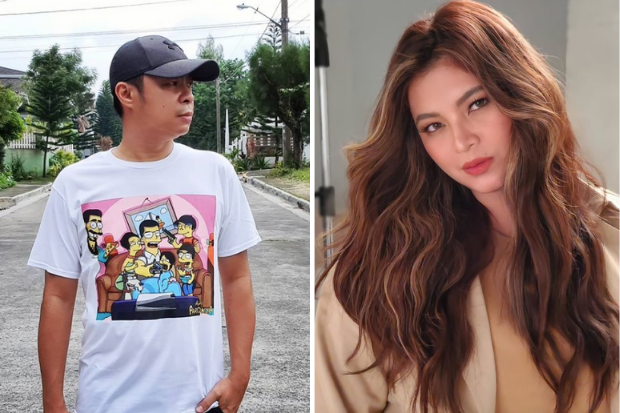 Chito Miranda cannot help but appreciate the kindness of his good friend Angel Locsin after the latter offered him and his family a home to help them avoid the Taal Volcano threat.

The Parokya ni Edgar frontman shared a screenshot of their conversation via social media yesterday, July 2, showing Locsin’s willingness to help others even off-camera.

“Napakabait lang talaga nitong tao na ‘to. Mula dati, hanggang ngayon…sobra talaga,” Miranda captioned the post. (This person is just too kind. Since then, until now… she is too kind.)

(Chito! You, Neri, Miggy and everyone living with you have a room here, okay? You can stay here anytime.)

Locsin has since replied to Miranda via the comments section of his Instagram post, joking, “Bored ka tsong (Are you bored, bro?)??? [laughing emoji].”

Miranda and his family live in Alfonso, Cavite, while Locsin lives in Quezon City in Metro Manila.

Locsin’s fiancé, Neil Arce, likewise joked in the comments section, telling Miranda, “Hindi libre yan kelangan daw kanta ka gabi gabi (That is not for free, accordingly you would have to sing for us every night).”

Miranda also made the same post via Facebook, which has so far garnered over 125,000 reactions and over 1,100 shares. One netizen even asked Miranda if he ever dated Locsin, to which the singer replied, “Nope… tropa lang (just friends).”

As of this morning, Taal Volcano’s main crater lake remains restive, creating in a volcanic plume that is around 2.4 kilometers high, according to the Philippine Institute of Volcanology and Seismology (Phivolcs).

Phivolcs also noted that Taal Volcano continues to release a large volume of sulfur dioxide (SO2) that has drifted southwest and north northwest of the volcano. The Taal Volcano Network has, meanwhile, recorded 48 volcanic earthquakes in the last 24 hours.

As of yesterday morning, 345 families or 1,392 individuals have been placed in temporary shelters in the towns of Laurel, Agoncillo, Balayan, Nasugbu, Calatagan, Calaca, Balete and Tanauan City, all of which are within the 14-km-radius danger zone.  /ra

Angel on motive for helping others: Not politics, but obligation as a human being and as a Filipino