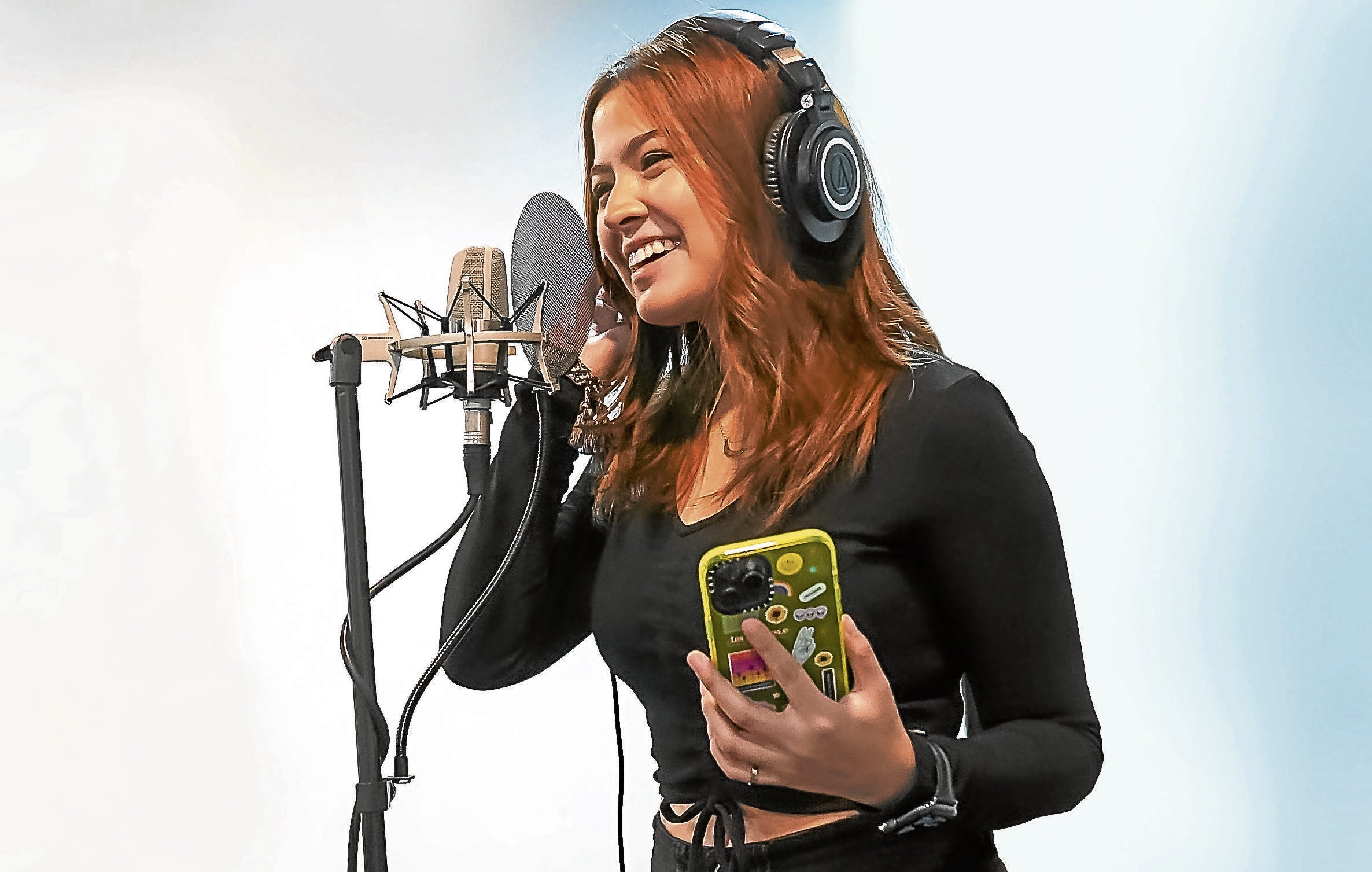 In times of distress during the pandemic, Alexa Ilacad turns to acting and music as coping mechanisms.

“There are days when I’m just stuck at home … when I feel useless and can’t seem to do anything. And then there are days when my schedule is jam-packed and I end up feeling drained. I think that’s because of the lack of human connection,” she said at a video press conference for her latest single, “Stay Right Here.”

“Art helps me cope and forget about the chaos in the world even for a while. Listening and writing music keep me busy. Acting allows me to get into characters in stories where there’s no pandemic,” the 21-year-old actress-singer added. For Alexa, it’s important to pursue both passions, because the fulfillment she derives from them are different.

“In acting, there’s happiness when your coactors commend you for a scene you did or a performance you gave, especially if it’s a heavy one … I sleep at night very relaxed, knowing that I did my job well,” said Alexa, who’s part of the ABS-CBN drama series “Init sa Magdamag.”

“When it comes to music, meanwhile, I get pumped up and feel energized,” she added. “I’m more hands-on. In acting, there’s a script you have to follow and you’re being directed by someone else. But music allows me to give more input.”

“Stay Right Here,” released under Off the Record, is an atmospheric and urban-inspired dance-pop track. Unlike her previous song, the upbeat and peppy “Love at First Sight,” the new song shows “adaptability, depth and maturity.”

“It’s about being vulnerable, asking for companionship especially in this new normal. Sometimes, we crave companionship of people we miss dearly, like our family or friends. But I also want it to be a feel-good track at the same time,” related Alexa, who insisted that the song isn’t inspired by a particular person.

But although she’s not romantically involved at the moment, she did gain new friends in her “Four Sisters Before the Wedding” costars Charlie Dizon, Gillian Vicencio and Belle Mariano. “I hope they stay right here with me,” she said.

Alexa’s songwriting is fueled not only by her personal experiences and emotions, but that of people around her, too.

“Every bit of experience helps a musician. Bad or good experience, it helps create a new story. I have gone through a lot, but I’m also inspired by other people’s stories. They give me ideas. And sometimes, those ideas can be the start of new songs,” she said, adding that she writes better when she’s sad. “The words flow much easier.”

The next step for Alexa as a musician is to release an EP or an album—preferably one that’s composed of material she penned.

“I plan to release original songs, which will be one of the most nerve-wracking things I will ever do. My songs are personal, so I find it hard to let go of them and have them arranged by someone else,” she said. “I’m shy about my work, but the good things people have said about my songs [gives me some reassurance].”

On top of acting and creating music, Alexa is also a college student, taking up marketing. How does she juggle everything? It’s all about time management and priority setting, she said. “I have had to beg off from television appearances because of exams or a defense. It’s about setting my priorities. I’m in my last year and last semester and I want to finish school together with my classmates,” she said. “It can drive you crazy, but it’s all very fulfilling. I love the feeling of being able to wholeheartedly do these things.” INQ

Read Next
Love Knots, June 25, 2021
EDITORS' PICK
DOH: Too early to say COVID-19 cases are declining
Acer starts the year off strong with the Aspire Vero National Geographic Edition
Duterte praises military but slams police for poor discipline, corruption
Over 3 Million worth of prizes to be won at Smart Padala’s SENDali Manalo Promo!
COVID-19 cases surging in all regions and provinces, says DOH
The best of bayside and city living at SMDC’s Sail Residences
MOST READ
Comelec junks petition to scrap Bongbong Marcos COC
In Batanes, octogenarian dies of COVID-19
Marcos Jr. visits Cebu, stands as ‘ninong’ to mayor’s son
When to get boosters after positive COVID test
Don't miss out on the latest news and information.