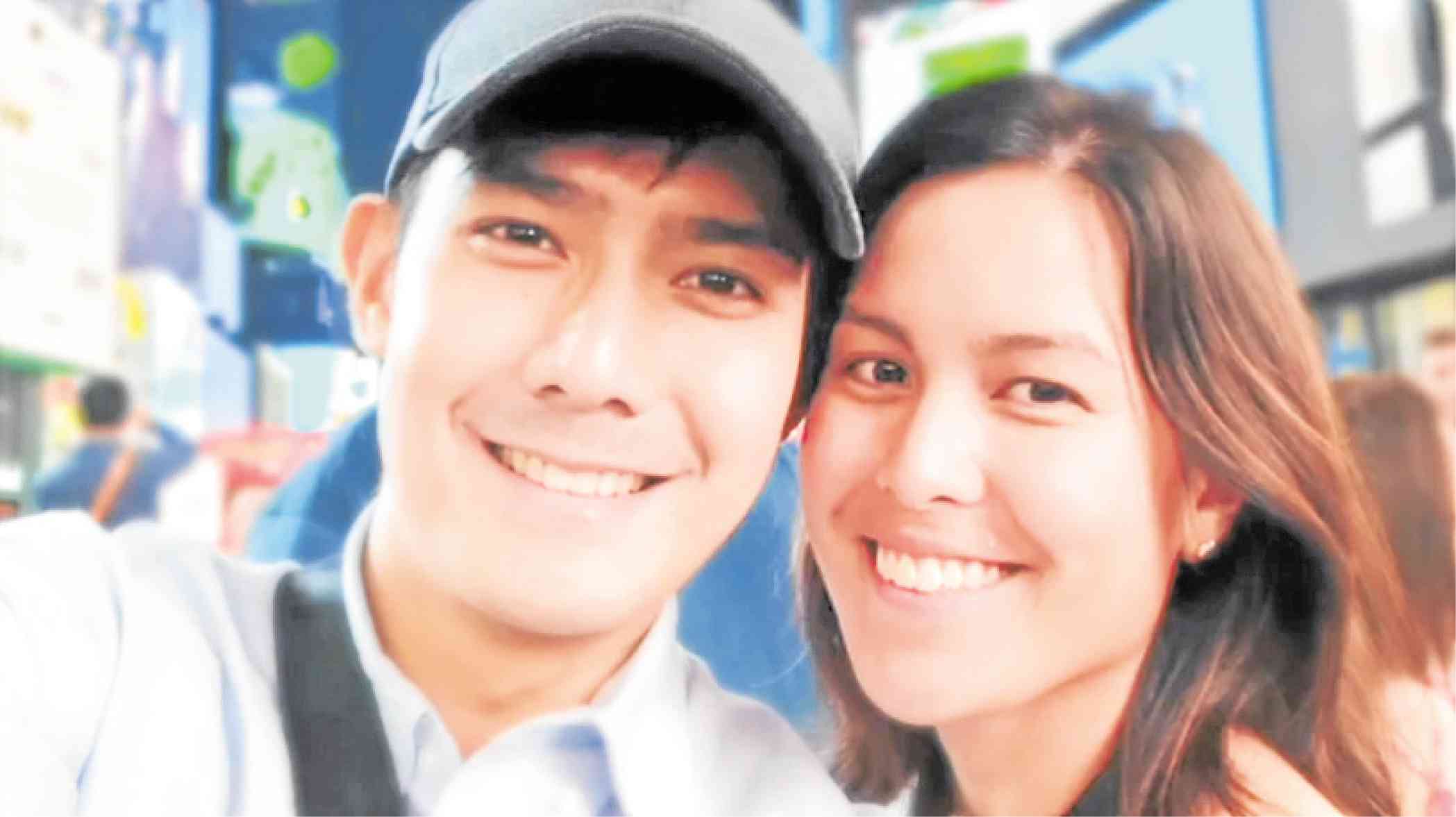 For television host Robi Domingo, it takes “a different kind of maturity” for a man to finally say that he is ready to move on to the next chapter of his life.

“I’ve asked the same question to different sets of people, those whom I’ve had the privilege to host wedding receptions for. I often ask, ‘How do you know you’re ready?’ They’d just say, ‘I just know.’ Some would also say, ‘I love her so I have to give this to her,’” Robi told colleague Enchong Dee in an interview for the “Honest Questions” segment of the latter’s vlog.

Robi has been dating Maiqui Pineda since 2019. Like him, Maiqui is also a graduate of Ateneo de Manila but is not from show biz. Robi described her as a “financial professional.”

“For me, you have to be ready to love her not just today, but also tomorrow and forever,” said the 31-year-old. “This also means loving her not just in terms of emotions. You have to be able to provide for her a beautiful home, enough food, and a good environment.”

Robi further said: “The perfect kind of love for me is not just loving her now, but also looking forward to having a future with her. Once I am already capable of taking care of her, and once I’ve already safeguarded my parents’ future, then that’s when I can finally say I’m ready to bend the knee.”

Prior to Maiqui, Robi dated athlete-turned-TV host Gretchen Ho. They announced their breakup in 2017.

Meanwhile, in an interview with actress Kathryn Bernardo, also for her vlog titled “Everyday Kath,” Robbie explained what endeared Maiqui to him. “I fall in love with her constantly because she would show me the world in a different point of view. Also, she helps put my feet down,” he said. “That’s the best feeling when it comes being with Maiqui—everything is real. All my dreams, I got to fulfill them with her.”

Robi said he believes love to be serendipitous. He explained: “If the right person arrives in your life at the right time, then that’s perfect love. You see, there are times when you think that you’ve already met the right person, but then, you still have other priorities, you still have goals you want to reach, so you don’t end up with each other. There are also times when you think you’ve reached that point in your life when you’re ready [to move to a higher level in the relationship], but she’s really not the one for you. So if you’ve finally combined those two concepts—the right person and the right timing—then I think that’s it for you. I definitely think that’s what Maiqui and I have now.”

Robi also admitted to being the jealous type of boyfriend. He said this is because Maiqui hangs out with a tight-knit group of friends, which also includes some of her exes. “’Di ko kayang lunukin ‘yon. I get paranoid often. I’d keep debating with myself on whether I should call her or not because I don’t want to come out as somebody so controlling. In the end, I would just decide to simply let her be. Aside from the fact that I trust her, she knows what the repercussions are if ever she would commit a mistake…“Ito ang mawawala sa’yo,” said Robi, who then pointed to his face as he tried to make it look cute and adorable.

Enchong also asked Robi how well he was managing his finances. To this, the latter replied: “I consider myself lucky because I’m not into buying luxury items. Buying flashy cars, homes and branded clothes and shoes don’t interest me. Although I would really appreciate it if you’d gift me some. I will even tweet about it,” he said laughing. “If there’s one thing that I splurge on, it’s the entertainment of my family and close friends. I feel that my success is sweeter if I am able to share this with them.”

Robi said he also spends his hard-earned money on “investments like stocks, bonds, and real estate. My businesses started years before [the pandemic]. My partner and I decided not to close shop even if most businesses are shutting down because of the pandemic. Nilaban naming dalawa even though we’re no longer earning. It’s not for us but for the people who work for us and with us.”

He added: “I believe that these days, people need work not just to be able to feed their families, but also in order for their life to have a purpose. I’m saying this because I want to teach people the concepts of pagpapakatotoo and pagpapakatao. These are what we need right now at this time of the pandemic.”

Robi said he works hard these days because he is fueled by “a renewed sense of Kapamilya-ness.” This means he has become even prouder to be part of ABS-CBN, especially because it is slowly rising from the slump it has experienced after it failed to renew its broadcasting franchise in 2019.

“They say that while we’re in a pandemic we should grab all the opportunities, especially since there are a lot of talents out there but spots are limited. It’s just that I have this higher purpose and calling now, especially if the project is ABS-CBN-related. Even if producers would say, ‘We only have this limited budget for you,’ I’d take a deep breath and then say ‘yes.’ I do this especially if it’s already the boss who tells me, ‘Please, can you do it?’”

Robi said this sense of being a Kapamilya entails “showing people that you’re not there for the money or popularity, but you are there because you stand side by side with a specific group of people—our leaders—to show that we are indeed in the service of the Filipino people.” INQ