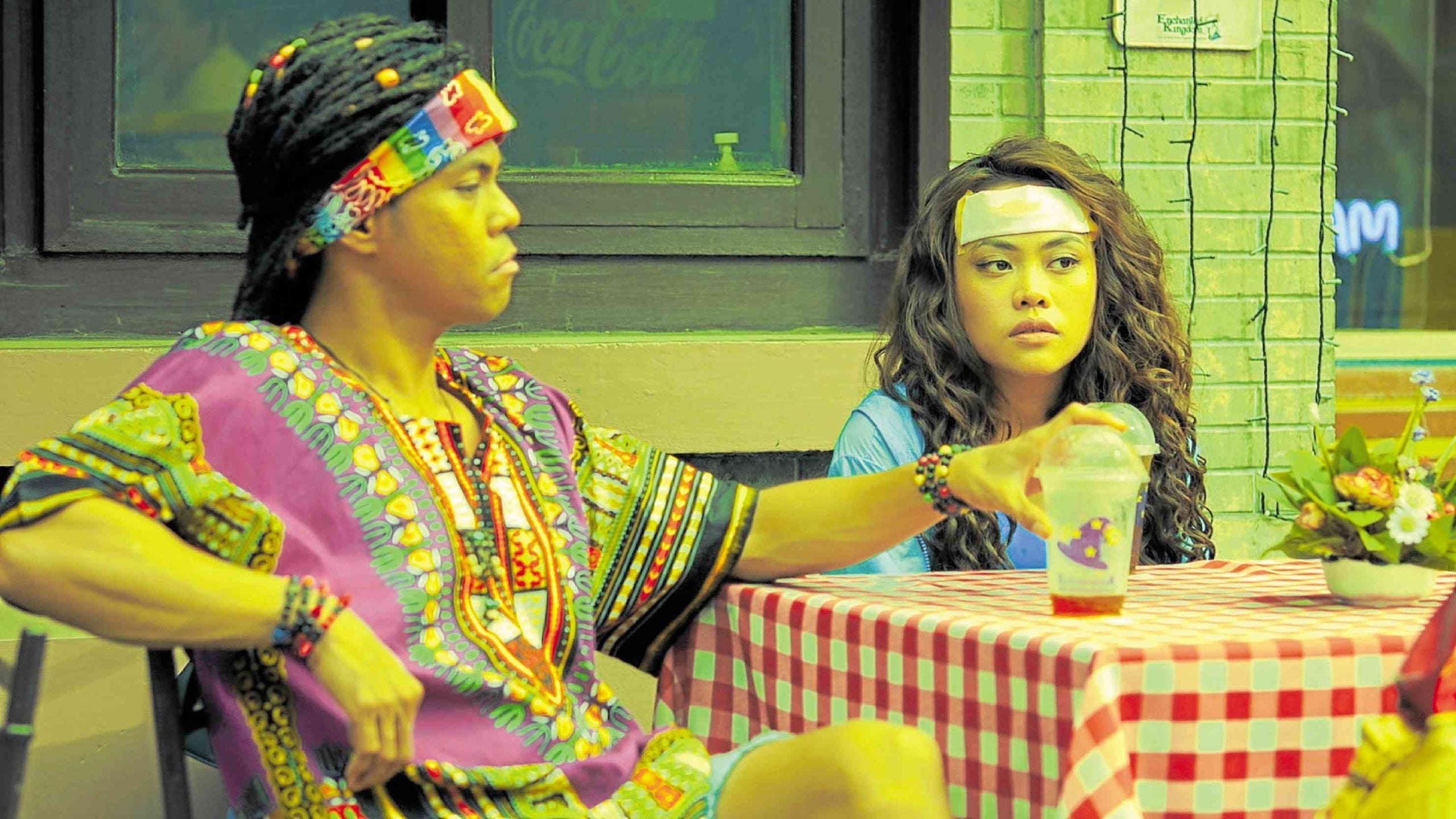 Kim Molina admitted that she’s nervous about her new starring movie, “Ang Babaeng Walang Pakiramdam”—not because she feels the need to replicate the success of her previous one, #Jowable,” but because it’s the first time she was paired on screen with her real-life boyfriend, Jerald Napoles.

“The pressure isn’t about whether or not people will watch it; it’s more about my movie team-up with Je. I was thinking, ‘Ano ba magiging hitsura nito?’ As much as possible, we don’t want people saying, ‘Ano ba’ng pinaggagagawa nitong mag-jowang ’to?’ I was nervous about the idea,” Kim said in a recent Zoom conference. “We were first known for our theater work, and we were able to do well there,” said Kim, who starred in the hit musical “Rak of Aegis” together with Jerald. “I hope we can continue that here … I’m grateful for the opportunities.”

But beyond that, working together has a lot of advantages, they said. Aside from being comfortable with each other in front of the cameras, they have no qualms about critiquing each other’s performances. “We can be meticulous about what we can deliver,” Jerald said. “We have this notion that if this project is going to be about the two of us, we better make this memorable for the audience … We’re honest about each other’s work. It’s better to see the holes in your performances, if there are any, so you can improve.”

“We take notes,” Kim added. “That’s our practice in theater. And it’s something we have brought with us here.”

Being workmates with your special someone, Kim and Jerald agreed, requires healthy communication. “We always talk. That way, we distinguish what’s personal or what’s work. There’s less stress that way,” Jerald said.

“Every morning we meet about projects. Our dates are set. Every day, we have a pa-cute tea time before going to bed. We’re used to studying scripts together because that’s how we were when we started, and we still do that today,” Kim said.

Their careers followed a similar trajectory. They both started out in theater, then transitioned to mainstream. Jerald has been part of various drama series, including “Ang Probinsyano” and movies like “Ang Pangarap Kong Holdap,” which enjoyed success on streaming platforms.

Kim, meanwhile, landed roles in “Kadenang Ginto” and “The General’s Daughter.” Her comedy flick “#Jowable” turned out to be her biggest break, after it became the seventh highest-grossing film of 2019.

“There’s kilig because of all the good things happening to us as individuals. But the idea that we dreamed together and fulfilled them together … It’s like we’re in a movie—a romantic comedy. It should be comedy because that’s how we are in real life,” she told the Inquirer.

“Not all couples get the opportunity to work together in a movie. It feels affirming … Nakaka-‘KathNiel’!” Jerald jested.

“I found it interesting because I didn’t know that CIP existed. And I couldn’t wrap my head around it at first because I’m a sensitive person—I laugh easily, I get scared easily. So, the challenge for me was figuring out how to react to what should have been painful incidents, without defaulting to poker face,” Kim said.

The movie’s trailer drew criticism from some social media users, who felt like Jerald’s character makes fun of people with a cleft palate. Kim assured the people that they will see the entire picture once they see the movie in its entirety. “People know that we won’t do a project that would bring negativity toward other people,” she said. INQ