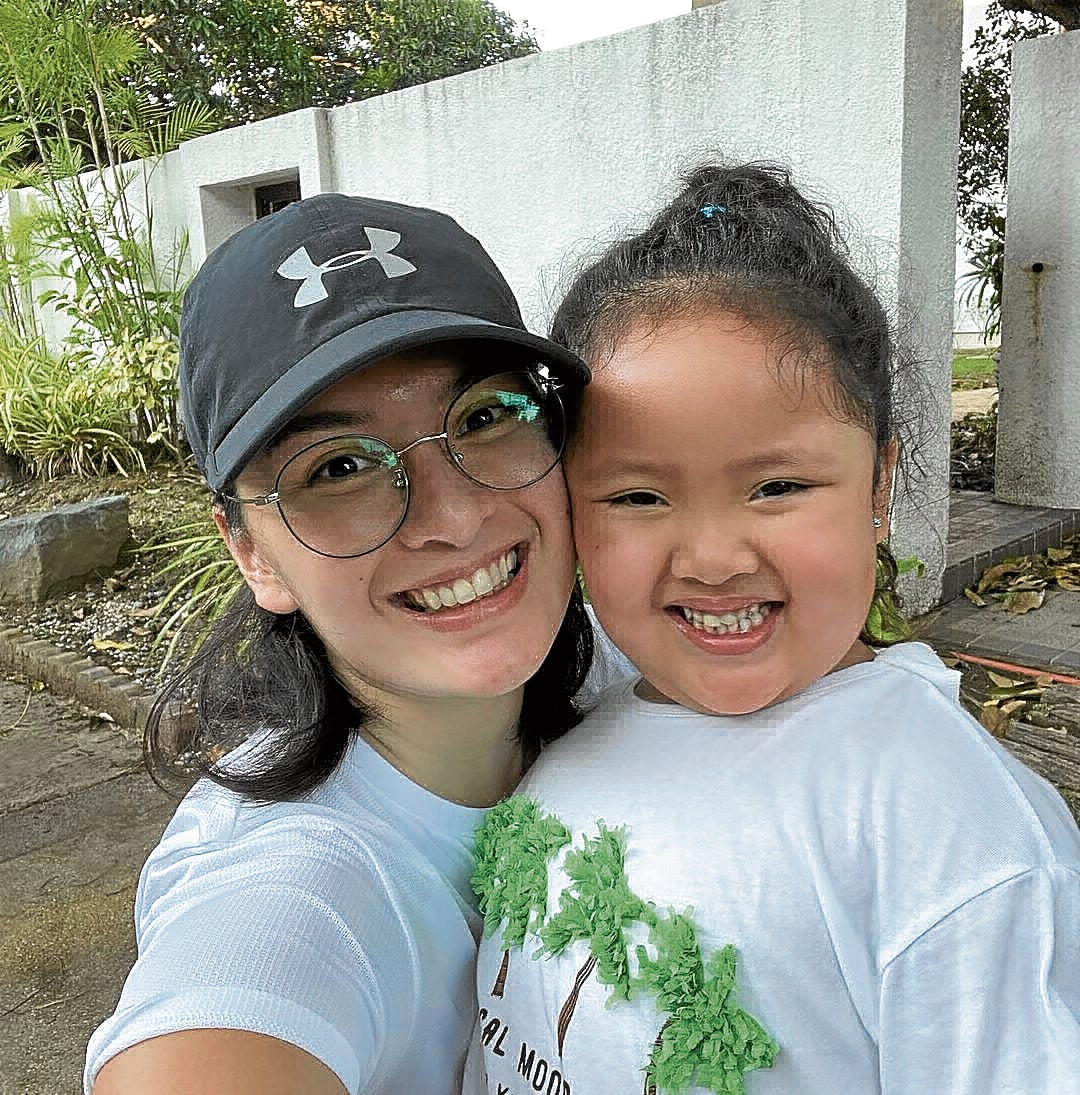 Bashers will be there no matter who you are, so I guess I will let Tali deal with them like any other person,” said actress-TV host Pauleen Luna-Sotto when Inquirer asked how she intends to prepare her 3-year-old daughter, Talitha, on handling bashers if ever the child decides to join show business later on.

Pauleen once admonished netizens who openly criticized innocent children like Tali on social media. She even warned one such basher that he could be sued for posting rude comments about Tali. The person later apologized publicly to Tali and her family. To this, Pauleen said: “Please think before you click next time. And always remember, ‘wag mandamay ng inosenteng bata.”

“Actually, it’s (bashing) not really something one should deal with. I’d rather focus on what I have in life rather than be conscious of what other people think about me. You shouldn’t make this a priority. You shouldn’t make (dealing with bashers) an important thing because it is not important at all,” the actress said in an interview shortly after she read Ompong Remigio’s storybook, titled “Papel de Liha” to over 60 children via Zoom recently.

Pauleen was the celebrity storyteller for Inquirer Read-Along’s session in May, sponsored by Hanabishi Appliances. The story that she read honors a mother’s untiring love for her family, even as her hands were roughened by hard work.

The actress added that right now, as we battle a global health crisis, “maintaining mental health and well-being is more important, because we are in a closed environment. Most of us are just at home. I totally understand why some people get affected by bashers. I just pray that, one day, they will realize that the comments of these people shouldn’t really matter to them.”

Pauleen further said: “That’s what I want Tali to learn—that she’s way too blessed to be affected by negative comments; only the views of people important to her should have much impact on her feelings.”

As to whether or not she would try to stop Tali if ever the latter decides to join show biz as a teenager, Pauleen replied: “I met her father through this business so it’s hard to make up excuses.”

Pauleen was referring to comedian-TV host Vic Sotto, whom she has gotten to know better and has fallen in love with while working for the noontime game show “Eat… Bulaga!” Pauleen began acting at age 13. She married Vic in January 2016 and gave birth to Tali in November 2017.

“I don’t know if I would actually be able to dissuade her, or convince her to join show biz when she’s already much older,” Pauleen said

“As for the dad, I don’t think he will try to stop Tali because his other kids, Oyo and Danica, practically grew up in show biz,” Pauleen pointed out. “I guess the good thing that happened to me was that my mom was there to guide me the entire time. She was there until I turned 23.”

Pauleen said that back then, she didn’t understand why her mom, Chat, would insist on accompanying her to show-biz functions even though she’s already all grown-up. “Now, looking back, I appreciate her effort because everything I’ve learned [about life] along the way was because of her. The only reason my dad said ‘yes’ to me becoming an actress was because my mom promised never to neglect me.”

Being a mother and wife

Pauleen proudly said that Tali has now become more expressive and imaginative. “Everyday she assigns us different names; like today I’m Red and she is Blue. His dad would be Black. The next day, I’d be Minnie Mouse, his Daddy would be Mickey and she’d be Pluto. Parang pa-show biz na talaga siya. She got that from the both of us,” Pauleen beamed. “I think she gets her musicality from her dad. When she sings along, she tries to sing the second voice. Sometimes, she hears the beats rather than the lyrics or the melody.”

We asked Pauleen what she thought was the more difficult role to portray: Being a mom to Tali or being a wife to Vic. Her reply: “It’s definitely being a mom. From your child’s point of view, you are her world so you show her however you want her to see that world. You are responsible for shaping your child’s personality.

“I’m very fortunate that Vic is my husband. Being his wife is effortless. We fully understand each other.”

Pauleen said it helped that both she and Vic are homebodies. “We only go out when we need to work. We really like staying at home. If there’s a silver lining to having this pandemic, it’s the fact that we’re able to give our 101 percent to our child,” she declared. “We were able to give her the right amount of attention, care and love. No regrets.” INQ

Read Next
Love Knots, June 10, 2021
EDITORS' PICK
Acer starts the year off strong with the Aspire Vero National Geographic Edition
Gear up and get ready to play with Yamaha Mio Gear
PH to import 60,000 tons of fish to cover shortage
Workers are exempted from ‘no vax, no ride’ policy – DOLE chief
Over 3 Million worth of prizes to be won at Smart Padala’s SENDali Manalo Promo!
#VotePH2022: COVID, power woes loom as poll concerns
MOST READ
Guevarra to Acosta: Obey rules on unvaccinated
Emma Stone calls Andrew Garfield a ‘jerk’ after he ‘lied’ about his ‘Spider-Man: No Way Home’ appearance
Cold-case investigation names surprise suspect in Anne Frank’s betrayal
Czech anti-vax singer dies after deliberate infection
Don't miss out on the latest news and information.