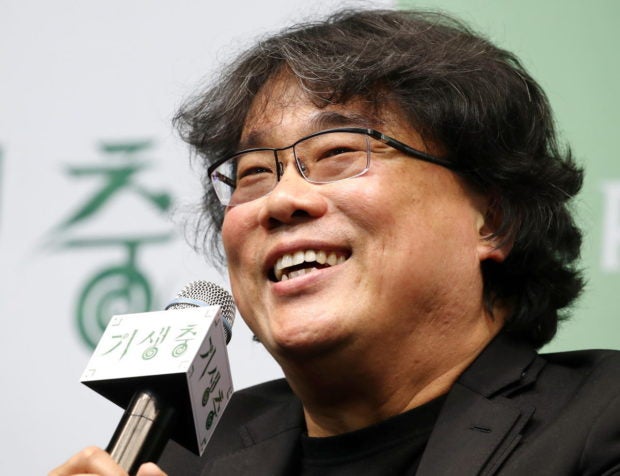 SEOUL — South Korea’s Cannes-winning filmmaker Bong Joon-ho has had his name listed in a renowned French encyclopedia for his cinematic achievements and recognition in the European nation, a report showed Thursday.

In the latest edition of “Petit Larousse Illustre,” a French-language encyclopedic dictionary launched in 1905, the South Korean director won a page, along with 40 new figures from various sectors like literature, cinema and sports, according to the report by the Korea Creative Content Agency (KOCCA).

“Petit Larousse,” which has two main sections of a common-word dictionary and an encyclopedia, publishes a revised edition of the one-volume work every year.

Citing French news media, the KOCCA report said director Bong’s inclusion in the dictionary has met six criteria, including his notability in France and in the French-speaking region, his legitimacy and recognition among the public, critics and his peers, the universality of the work and accessibility of the content of his work.

Bong is one of the most famous Korean directors in France as his works have received rave reviews from the French cineastes and cinephiles.

Since his first visit to the Cannes Film Festival in 2006 with his third feature “The Host,” he became one of the most beloved filmmakers by the French. His next films like “Mother” (2009), “Okja” (2017) and “Parasite” (2019) were invited to Cannes, with the latest black comedy winning the most prestigious Palme d’Or.

Also his 2013 project “Snowpiercer” was based on the French graphic novel “Le Transperceneige” (1982) by Jacques Lob and Jean-Marc Rochette.