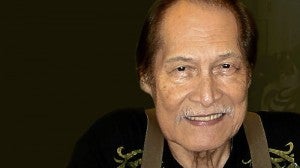 FAREWELL to a legendary comic book artist: Tony DeZuñiga, in probably one of his last, if not the last, photo taken before he passed away. ruben nepales

LOS ANGELES—We met veteran comic book artist Tony DeZuñiga only about four times. Our first meeting was just two years ago, and yet we were overcome with grief upon learning of his death last week.

Tony, who began drawing for DC Comics in the late 1960s, was that kind of human being with whom you felt an instant bond. The artist who drew many superheroes, from Catwoman to Conan the Barbarian, and whom the US Postal Service honored by using his Spider-Woman art for a stamp, remained a simple man, easy to smile and laugh. He was kind and humble, who generously sketched on the spot, signed and gave drawings even to people he just met.

We were first introduced to him in 2010 when “Jonah Hex,” which he co-created, was turned into a movie with Josh Brolin in the title role. He loved that Megan Fox was in a film version of a comic series he collaborated with.

While having dinner, we peppered Tony with questions. It turned out that he worked for the late Fernando Poe Jr. before he left for New York. Tony told us about his early days in the United States, including how he went to Arizona to learn the “cowboy ways” to prepare drawing “Jonah Hex,” which his co-creator, John Albano, wrote.

Tony and his wife Tina were understandably thrilled when they attended the Hollywood premiere of “Jonah Hex.” He said he was excited to see his name in the credits. He would have had a more active role in the film as an on-set consultant, but unfortunately he got seriously ill. Tina told us that she often whispered Anilao (a friend’s beachside home in Batangas is Tony’s favorite) to his ears to inspire him to recover. And he did.

We believe it was on our next meeting that Tony wore a toupee. Tina lovingly teased that he looked better with his natural silver hair. She was right. Blessed with mestizo good looks, Tony with gray hair looked dashing.

We were sad when Tony and Tina announced that they were moving back to the Philippines. They came over to our home for Japanese lunch before they flew to Manila. 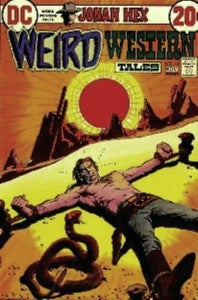 We kept in touch, especially on Facebook. When Tony, who dabbled in paintings, held his first fine arts exhibit at the GSIS Museo ng Sining, we wrote about it. Tina told us that Tony had a flu right before the opening but somehow made it. He looked good in the photos that we saw of him with his special guest, Pilita Corrales.

On our recent trip to Manila, we made it a point to see the couple. It was great to see their beaming faces when they picked us up for lunch in a Chinese restaurant on Roxas Boulevard, one of the few places open on a Black Saturday. Tina drove; she and Tony repeatedly asked if we wanted to go to Anilao and spend the night there. That’s how generous a couple they were. Sadly, our schedule didn’t allow us to say yes.

At the Chinese resto, we had a couple of San Mig Light with Tony as we talked about his life in Manila. He looked good.

He was looking forward to a well-deserved exhibit of his comic book art at the Cultural Center of the Philippines. We were glad to hear that his masterful pop art was being recognized.

We visited churches in Binondo and Intramuros afterwards. Tony was a backseat driver—more accurately, a driver’s side navigator —especially when Tina was parking. “Tony,” Tina quietly admonished him, to make him relax.

We capped that afternoon with refreshing halo-halo. On the way back to where we were staying, Tony sounded excited about being our special guest at the Manila launch of our first book, “My Filipino Connection: The Philippines in Hollywood.” He is one of the featured interview subjects in the book published by Anvil. The couple planned to bring Pilita along.

A few days later, as we were dressing up for the launch, we got a text message from Tina saying Tony had suffered a stroke and was in the hospital. 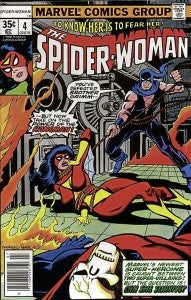 ANOTHER Tony DeZuñiga artwork, this one for Marvel Comics photo:spiderfan.org

We missed Tony and Tina at the launch. Shortly after, we flew back to LA. We kept in touch with Tina for updates on Tony’s condition. When he was discharged from the hospital, we thought it was a good sign.

Our heart sank upon hearing about Tony’s death while we were in London. We lost a true friend.

We recently guested on Jannelle So’s TV show, “Kababayan LA,” to talk about the LA launch of our book tomorrow, May 19. Talking about Tony—who had guested on the show when “Jonah Hex” was released—was a tough time for us. We are dedicating the launch at Carla’s Café in the CBS Studios Center, Studio City, to Tony. More information on the launch is available on www.facebook.com/nepalesruben.