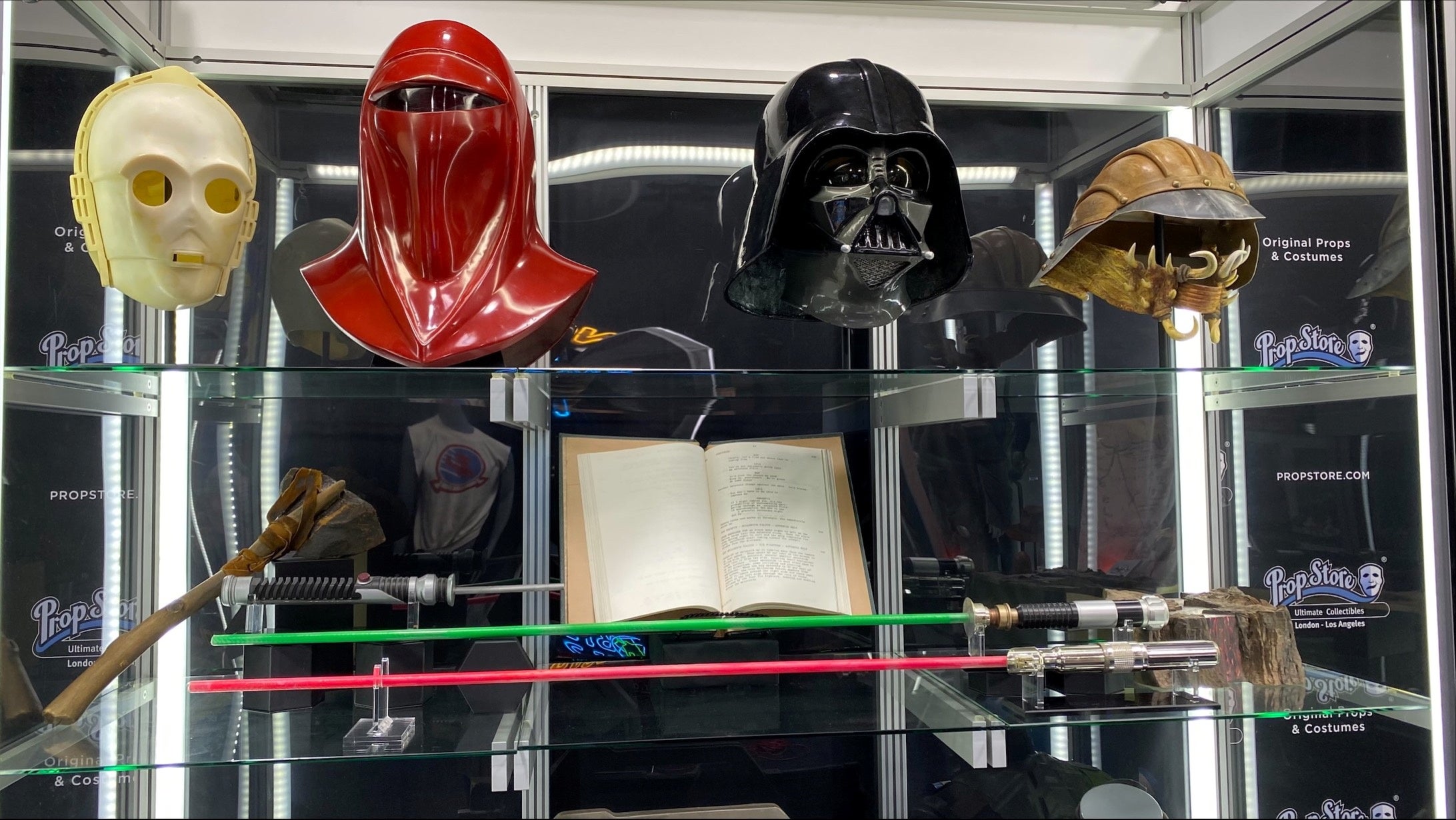 Props from the Star Wars movie franchise, set to be auctioned in June, are displayed at Prop Store, in Santa Clarita, California, U.S., May 21, 2021. (REUTERS)

SANTA CLARITA, Calif.  – Indiana Jones’ fedora and Harry Potter’s glasses are among over 1,200 film and television memorabilia items going under the hammer in June at the Prop Store in California.

Matt Truex, Marketing Manager at the Prop Store, said the auction was the biggest they had ever held and he expects keen interest from collectors.

“One of the hottest items in our auction is this original Indiana Jones, Harrison Ford fedora hat from ‘Indiana Jones and the Temple of Doom,’ the second film. This is valued in auction for $250,000 to $350,000,” Truex told Reuters.

Bidders will be able to view the full catalog of items being auctioned via Zoom and make their purchases online and by phone.

Among the hundreds of items, collectors will find memorabilia from films like “Terminator 2: Judgment Day,” “Batman,” “Elf,” “Top Gun,” and “The Muppets.”

“We’ve even got pieces for comic art collectors,” Truex added.

Harry Potter’s wand and eyeglasses, worn by Daniel Radcliffe during production on “Harry Potter and the Deathly Hallows,” promise to be one of the most sought-after items.

“This is the first time that the Warner Brothers’ archive has released Harry Potter’s wand and glasses to auction. The exciting part for this as well is that 100% of the hammer price proceeds for these two pieces are going to go to charity and both of them are valued at $30,000 to $50,000 each,” Truex said.

Truex said fans without deep pockets should not be discouraged, as there are collectibles going under the hammer for most budgets.

“We’ve got something for every price range from the hundreds of thousands to the low hundreds,” he said. “But the hope is that with 1,300 lots, anybody that’s a fan of these films can come and walk away with something that they love.”

The Prop Store said the live auction over three days, from June 29 to July 1, is targeting in excess of $6.1 million.