The music festival refusing to bow to COVID | Inquirer Entertainment

The music festival refusing to bow to COVID 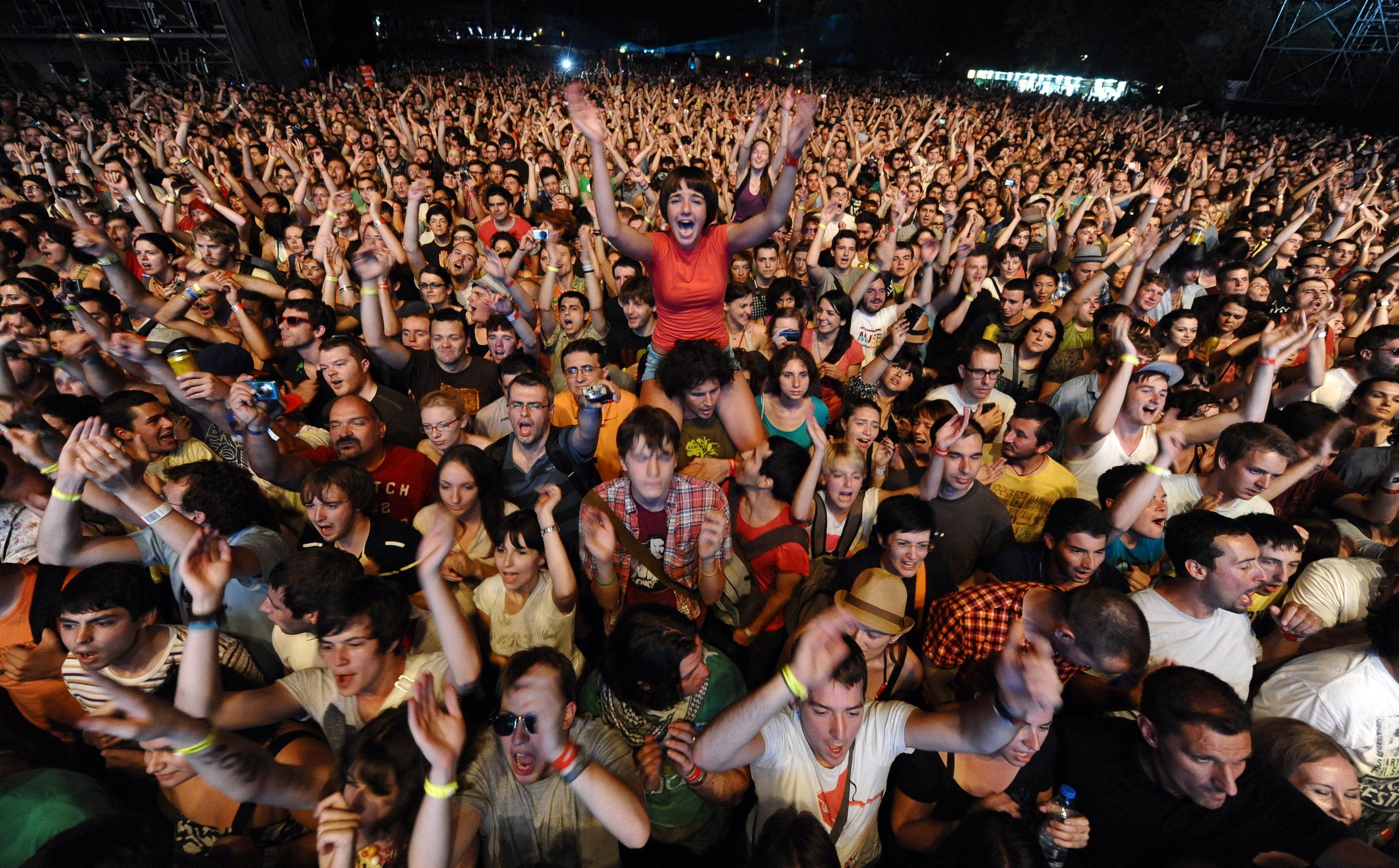 (FILES) In this file photo taken on July 7, 2011, festival-goers cheer during a concert at the EXIT festival near Novi Sad. – The Exit Festival — one of Europe’s biggest with organisers saying 200,000 attended in 2019 — is aiming to become the first such event to go ahead in Europe since the pandemic began. (Photo by ANDREJ ISAKOVIC / AFP)

Belgrade, Serbia — Pulsating crowds, booming open-air sound systems, megastars lapping up the adoration of thousands — music festivals are fast receding into distant memory thanks to the new coronavirus, but one event in Serbia is refusing to yield.

The Exit Festival — one of Europe’s biggest with organizers saying 200,000 attended in 2019 — is aiming to become the first such event to go ahead in Europe since the pandemic began.

Other big names on the circuit like Glastonbury, Lollapalooza, and Hellfest have already cancelled this year because of the virus.

“We can say with absolute certainty that visiting Exit will be a lot safer than going into a bar or getting on a bus,” he told AFP.

Tickets for the event, which takes place on a fortress overlooking the city of Novi Sad, are already on sale with the date marked down as July 8-11.

However, a line-up was announced last year too, shortly before the event was cancelled.

‘Every gathering is a risk’

This year, the organisers are finding inspiration in trial gigs held recently in Spain and England, apparently without a problem, and a ramped-up vaccination drive.

The inoculation program in Serbia is well ahead of most other countries, with more than a fifth of its population having received two jabs.

But even countries with better rates of vaccination than Serbia are playing it cautious with music festivals.

Neighbouring Hungary, where two-thirds are vaccinated, has already abandoned plans for its marquee music event, the Sziget festival, which is usually held in August.

Most of the big-name festivals in the UK, another country ahead of Serbia with vaccinations, have been postponed along with continental European stalwarts Solidays and Rock am Ring.

Even though daily infection numbers are slowly dropping in Serbia, experts are still wary of holding such a massive event, especially as many visitors would come from abroad.

“Every gathering is a risk, and a certain amount of transmission has to be expected,” epidemiologist Zoran Radovanovic told AFP.

“The only dilemma is what you consider to be an acceptable risk.”

However, he pointed out that the risk would reduce as the rate of vaccination increased.

“If a festival was organised today, it would be a disaster, but in July I believe we will have a much better situation,” he said. 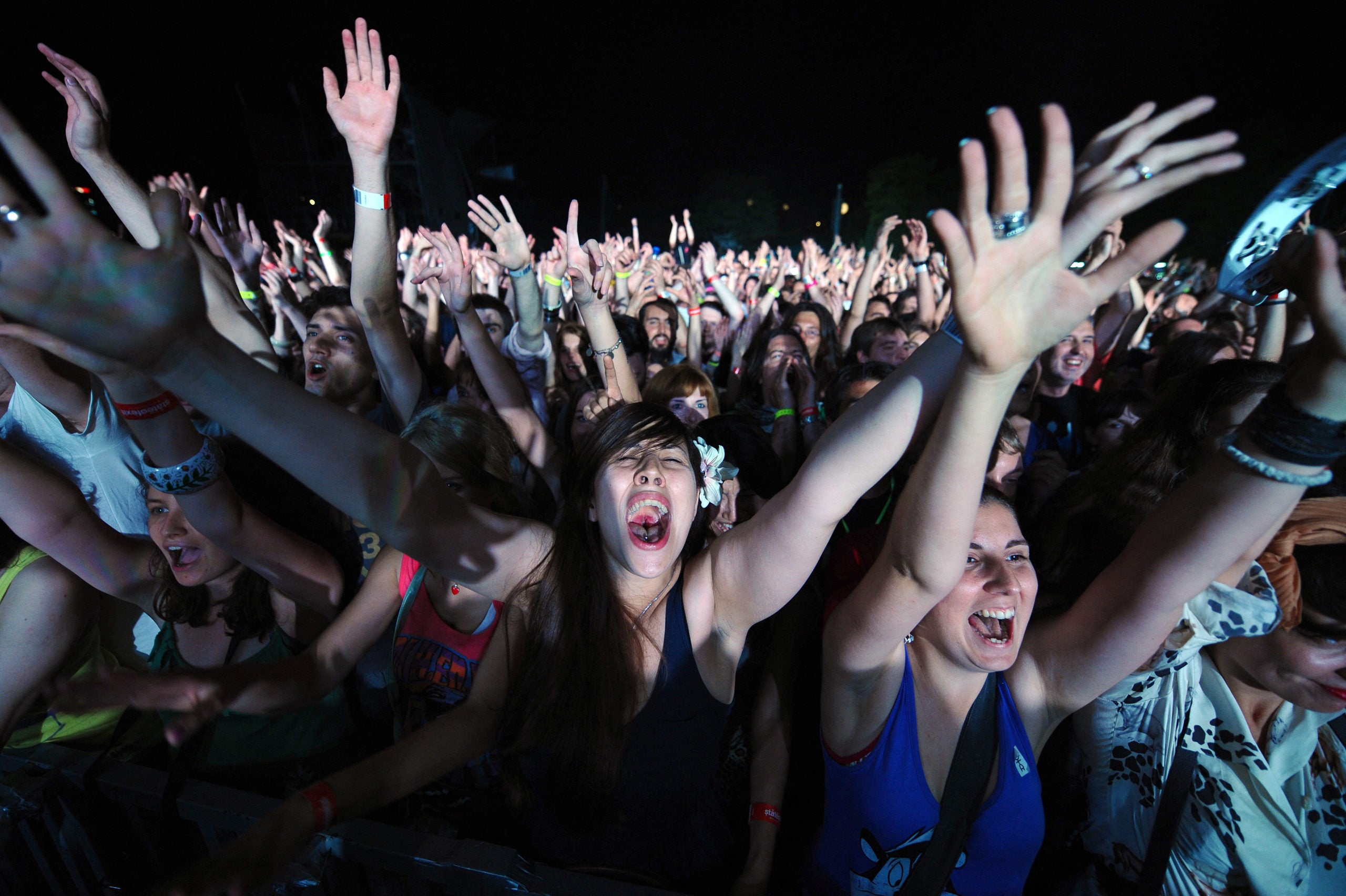 (FILES) In this file photo taken on July 8, 2011, fans cheer on Jarvis Cocker of English alternative rock band Pulp during the EXIT festival in Novi Sad. – The Exit Festival — one of Europe’s biggest with organisers saying 200,000 attended in 2019 — is aiming to become the first such event to go ahead in Europe since the pandemic began. (Photo by ANDREJ ISAKOVIC / AFP)

The organizers got a huge boost in late April when the local authorities in Novi Sad gave their backing to the festival.

“We have to think about the mental health of our citizens too, especially the young who have been deprived of everyday activities for more than 14 months,” Novi Sad mayor Milos Vucevic told AFP.

Vucevic, who is also part of a government-appointed crisis group charged with battling the coronavirus, said the festival would be “a symbol of Serbia’s victory over the pandemic.”

However, Serbia’s ruling party has a history of claiming victory over the pandemic, having declared one last April.

The festival, which began life in the protest movement against Slobodan Milosevic, is now by far the biggest tourist draw in Novi Sad.

Organizers reckon it has generated roughly 200 million euros of revenue over the past 20 years.

But there is plenty of risks involved in trying to host it this year, a point not lost on mayor Vucevic.

“Whether it’s going to be a victory or a fiasco, whether it will go ahead or not, we will see in the days to come,” he said, adding: “He who dares, wins.”