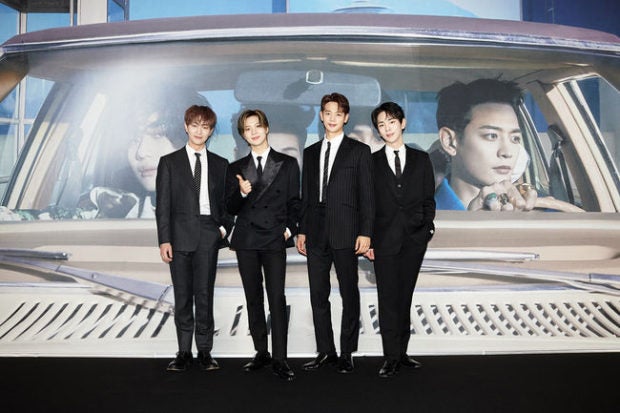 SEOUL — Shinee is hosting an online event to celebrate the 13th anniversary of its debut.

To spend the anniversary with its fans, the quartet will take to Naver’s V Live for a live fan meeting on May 25. It has been holding the “SHINee Day” event annually, and this year decided to go virtual. The band will perform a series of hit songs, share episodes from their recent promotional activities and play games.

The veteran idols put out their seventh studio album, “Don’t Call Me,” in February and swept music charts at home and abroad, including topping the iTunes albums charts in 47 regions.

Taemin, the youngest member of the band, will start his compulsory military service on May 31. He held a solo digital concert Sunday and will release a solo EP, his third, on May 18.