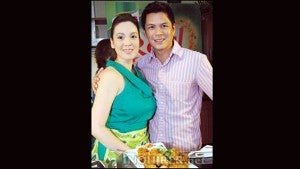 MANILA, Philippines – The camp of celebrity couple Claudine Barreto and Raymart Santiago is offering a cash reward to anyone who can provide a “more thorough” video of the airport brawl involving the Santiagos and Ramon Tulfo, radio host and columnist of the Philippine Daily Inquirer.

Speaking to reporters during the hearing of the Santiago’s petition for a temporary protection order at a court in Quezon City, one of the couple’s lawyers, led by Attorney Alex Avisado, said that the undisclosed amount of cash was contributed by Barretto’s friends.

“We know that there is a high probability that a greater number of them may have taken their videos, capturing who really delivered the first blow,” they said.

The Santiagos’ lawyers assured the public that the identities of the would-be witnesses would be treated with utmost confidentiality and caution.

They said this was their way of addressing the “alarming distortion” of truth in the form of the video circulating on the Internet which gives a “false” impression that the couple and their friends started the brawl at the Ninoy Aquino International Airport 3 “without prior physical provocation” last May 6.

“We would like to state in the most categorical terms that this was not the case,” the lawyers said, adding that the video represents only the tail-end of the brawl.

“A mere fragment of the whole story,” the camp said.