Alexa Ilacad nixes depending on success of NLex love team 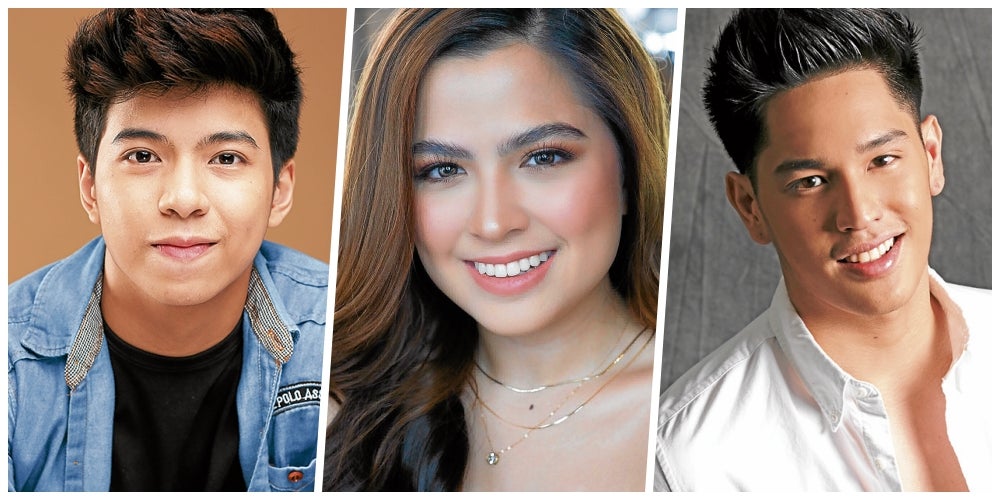 “I didn’t simply forget it. It will always be a part of me,” said Alexa Ilacad of NLex, her well-followed onscreen partnership with Nash Aguas. The actress has decided to move on and is now working alongside Gab Lagman in “Init sa Magdamag.”

“When people remember my work as an actor, NLex will surely be included. It’s a very big part of my career. However, I’ve always wanted to establish myself as an artist who can stand on my own, someone who can still be effective even when paired with a different actor,” she pointed out.

Alexa and Nash first paired up in the youth-oriented drama “Love U.” They then did several episodes of the anthology, “Wansapanataym.” They also did “Bagito,” “Doble Kara,” and “The Good Son.” The tandem was also seen in the suspense-thriller “Class of 2018.”

“I don’t want to keep on depending on the success of a love team. I want to explore other things, do more mature roles, like what I have here with Gab,” Alexa said.

She also said that Hannah, her character in “Init sa Magdamag,” is by far her most challenging and daring. “It asked so much of me mentally, physically and emotionally. I really felt drained while taping for this series,” she admitted. “I’m still happy I accepted the role. And, yes, it’s daring. I’m already 21. It’s about time I explore my range in acting, and experience more roles.”

She quickly added, though, that “it’s a different kind of daring because it’s not pa-sexy. It’s a challenge because the acting really required depth. Hannah is very daring in terms of how he makes decisions related to her relationship with her brother Tupe (Gerald Anderson).”

Alexa described Hannah’s love story with Kiko (played by Gab) as something similar to what people see in K-Dramas. “What they have is very unconditional. Theirs is the second layer [next] to the love story of Kuya Gerald and Ate Yam (Concepcion, who plays Rita, the heroine in the series). Ours is a bit lighter on the kilig factor. It’s really very cute. It’s similar to the Korean series, ‘It’s OK to Not be OK.’ Kiko will bring happiness into Hannah’s life. I’m really excited for people to see this. I hope they will enjoy it,” she said. “Init sa Magdamag,” which already concluded taping in late 2020, is Alexa and Gab’s first project together. “I really appreciate his willingness to learn. It made things a lot easier. He did mention that I’ve been doing teleseryes for a long time and this was only his second. Working with Gab had been a fun experience,” said Alexa.

“As to how we built our chemistry, I think we both owe it to Direk Ian (Lorenos) and Raymond (Ocampo) and the staff. They really worked hard with us for this show,” she added. “Gab and I helped each other, too. On rest days, we spent time together in order to get to know each other more. This was so that when you see us on screen, we’re seamless.”

While doing the series, Alexa was also busy with Mae Cruz’s romantic comedy “Four Sisters Before the Wedding.” This was why, she said, there were times when she really felt too tired on the set.

“I honestly think it’s normal when actors experience burn-out, especially when you’re part of two lock-in sets. I’m usually just by myself. I have no personal assistant with me. I go back and forth between the two sets,” she explained.

Luckily, Alexa said the “Init sa Magdamag” creative team didn’t make her feel pressured at all. “It’s my first time to experience when the directors of a show sat down [with us] to ask us if we needed a day off just to clear our heads. I appreciated that. I knew I really needed it,” she recalled. “They gave us that rest day even though we only had very limited time to shoot and we’re already going through the finale. When we came back, we all felt energized and inspired. I think it really helped.”

“Init sa Magdamag” premiered on April 19 in the Kapamilya Channel. It can also be seen on TV5 and the A2Z Channel.