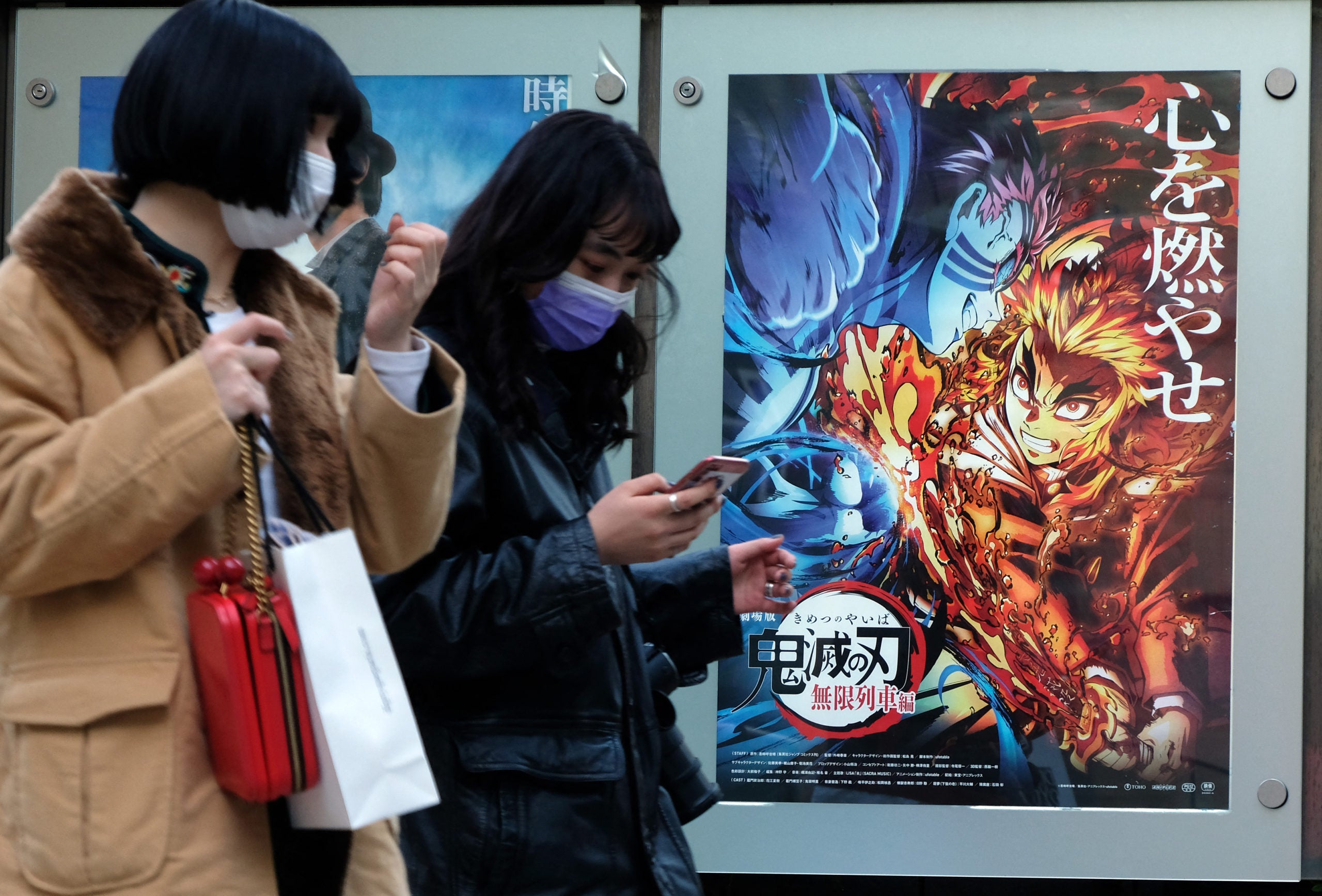 In this picture taken on December 16, 2020, pedestrians walk past a poster promoting the anime movie Demon Slayer — Kimetsu no Yaiba the Movie: Mugen Train — at a cinema in Tokyo. An anime epic in which a teenager hunts down and beheads demons has become the surprise sensation of Japanese cinema during the pandemic, and could soon be the country’s top-grossing film of all time. Kazuhiro NOGI / AFP

NEW YORK – The Japanese animated film “Demon Slayer” this weekend had the best opening ever recorded in North America for a foreign language film, a new milestone after already setting a box office record in Japan.

Produced by Aniplex, a subsidiary of Japanese giant Sony, “Demon Slayer” took in $19.5 million in the United States and Canada, according to Exhibitor Relations.

The anime unseated “Hero,” a Chinese film by Zhang Yimou, which earned $17.8 million during its first weekend in American theaters, in August 2004.

“Demon Slayer” broke the box office record in Japan at the end of December. The tally on industry website Box Office Mojo currently shows $365 million in tickets sold in the Japanese market alone.

The film follows Tanjiro, a teenager living in Japan during the Taisho era (1912-1926), who becomes a demon hunter after his family is killed by the creatures thirsty for human blood.

The manga, or graphic novel series, was already adapted into a television show, the first episodes of which came out in 2019.

Although it’s a cartoon, the movie is rated “R,” meaning that children under the age of 17 must be accompanied by an adult to see the film.

Despite the historic debut, “Demon Slayer” was beaten over the weekend by another release: “Mortal Kombat,” based on the video game of the same name, which raked in $22.5 million at the North American box office.

The simultaneous release of “Mortal Kombat” on the online video platform HBO Max did not prevent it from reaching the second-best launch since the start of the pandemic, behind “Godzilla vs. Kong,” which earned $31 million in its first weekend in theaters, in April.

The box office performance of the 10 most-watched films from the weekend is the best since the start of March 2020, a sign that cinema-going is picking up significant steam in the United States, thanks to movie theater reopenings and the success of the vaccination campaign against the coronavirus.

Duterte says he won’t allow any intrusion in Philippine Rise