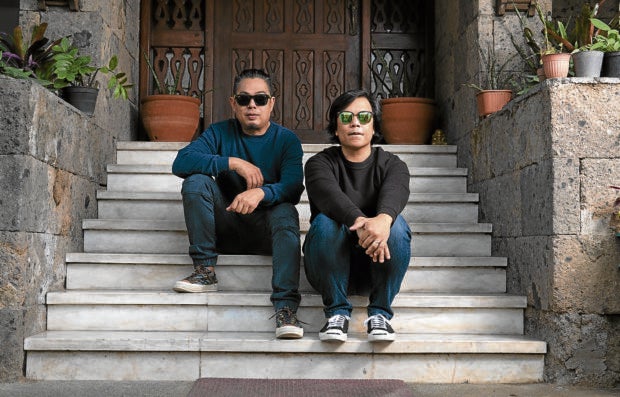 Back in their teenage years, cousins and music artists Top Suzara and Bolichie Suzara used to play in a band for fun—dabbling in 1960s rock ‘n’ roll and learning the ropes of songwriting and playing instruments as they went along. But they eventually went their separate ways: Top would go on to become one of the vocalists of the 1990s pop band Freestyle; Bolichie would play bass for the bands First Circle and Artstart. And while their desire to create music together never went away, the opportunity simply wasn’t there.

And then came the COVID-19 pandemic. “Even if we were cousins, our schedules simply didn’t sync. We didn’t have a chance to do projects together. But last year, like most musicians, we were displaced. Save for the fundraising shows here and there, our work was affected,” Top told the Inquirer in a Zoom interview.

Last year, in one of Top’s visits to Bolichie’s home, the latter broached the idea of writing songs. Before they knew it, they were tinkering with melodies and chord progressions. Nothing too adventurous or complicated, though—just honest-to-goodness music.

And that’s how this old-new duo aptly called Suzara came to be. “Maybe this was one of the silver linings for the pandemic for us. In trying to survive, we managed to salvage some happiness And it all started organically,” Top said. Their first single, “MTM (Magkakasama Tayong Muli),” was born out of sadness and longing for our loved ones. “You start to miss people. Meeting with friends has seemingly become a luxury … Our world changed. Many of the things we grew up doing, we can’t do anymore because we have to be cautious,” he said. “But someday, we will finally be able to get together, and we will all treasure that moment,” added Top, who has been pursuing a solo career since 2005. “We just have to hang in there.” 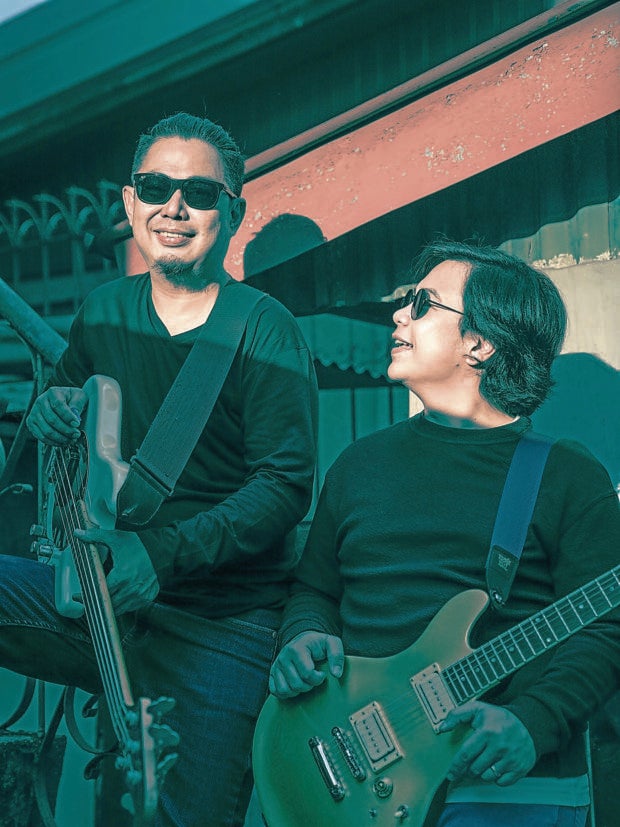 The music-making cousins are no longer driven by the prospect of getting outside affirmation.

The second single, “With You,” on the other hand, is an 1980s rock-inspired tune about love, commitment and devotion. “The beauty of a song like this is it can be about anything or anyone. It’s definitely one of those songs that anyone can own—a way to sincerely say how much we appreciate and love a significant other,” Bolichie explained. Their material’s prevailing 1970s and 1980s vibe wasn’t planned or forced. It’s just that, when left to their own devices with no outside influences, they find themselves defaulting to what they grew up listening to. “The sound is reminiscent of what’s embedded into our hard drive, if you will. So there are a lot of 1970s and ’80s influences—new wave, pop-rock, glam rock—even a bit of R&B from the 1990s. You always go back to what you grew up with. It’s like a buffet of sounds,” Top said. As musicians, Top and Bolichie believe that they have matured a lot and are no longer driven by the prospect of getting outside affirmation. “None of our songs has parts where we felt the need to show off or prove ourselves as a bass or guitar player,” Top pointed out. “If we must put a solo or ad libs, we do only what will complement the song. We give the song what it calls for.”

Helping the two in this journey is Balcony Entertainment CEO Rico Blanco, who coproduced Suzara’s songs and mapped out the duo’s musical direction.

“We had a long talk with Rico, who had already expressed interest in working with and producing for us years back. Back then, we had only three songs; he challenged us to do more because three songs are too few to see the whole picture,” he related. “We started working in October and, by the time Undas came, we already had about 24 songs”

“We were already planning to release a song then, but Rico told us that if we wanted this to blossom into something else, we had to do it with the right plan,” Top said. Launching a new music project can be risky at a time when live music is limited to online shows. So, why do this now? “We say, why not? There are a lot of challenges everywhere anyway, and everyone’s going through a pandemic. We have nothing to lose,” he stressed. INQ