Mark Anthony Fernandez: I was never a junkie 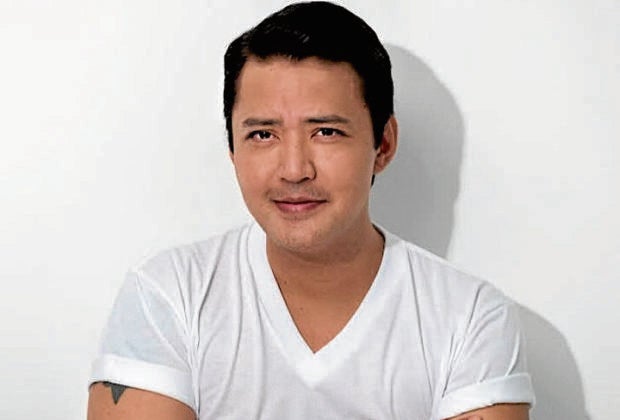 I couldn’t be happier for my “godbro” Mark Anthony Fernandez, who’s getting a second wind in his career. He is dead set on overcoming the stigma of being wrongly labeled as a “drug junkie.”

“I went through an experimental stage. The rock ‘n’ roll lifestyle. I was placed in rehab for juvenile reasons, not because of addiction,” Mark reveals. “I was never addicted to any substance. Proof of that is my teeth are intact and I’m so athletic.”

As he makes his show biz comeback, Mark is all fired up, so he’s on a natural high. Given a chance, Mark would like to do a remake of his dad Rudy Fernandez’s movie, “Lumuhod sa Lupa,” and a movie with his son, newbie actor Leonard, about Gringo Honasan’s life story.

Diego revved up for second crack at stardom

When the old movies of my BFF Buboy (Cesar Montano) are shown on TV, I send him videos of some scenes and chide him, “Is that you or Diego (his son with Teresa Loyzaga)?” He is really Buboy’s mini-me.

After a dark chapter in Diego’s life, he has learned his lessons well. So he’s revved up for his second crack at stardom. Diego topbills Yam Laranas’ Vivamax original movie, “Death of a Girlfriend” (DOAGF) with AJ Raval. It premieres on April 30 on ktx.ph, iWantTFC, TFC IPTV, Sky PPV and on web.vivamax.net.

The story is told by three suspects revealing different points of view about a brutal crime. As the tagline of the movie goes, “Love is a trip.” It brings us to places we never imagined. So, brace yourselves for the bizarre journey of star-crossed lovers Alonzo (Diego) and Christine (AJ). Call them Mystery Mister and Miss.

Here are some quotes from AJ (A), Diego (D) and Direk Yam (Y) during DOAGF’s Zoom media con:

D: Not everybody gets a second chance in show biz, so I don’t want to waste it. I already know where I went wrong. I’m more focused on my craft now. 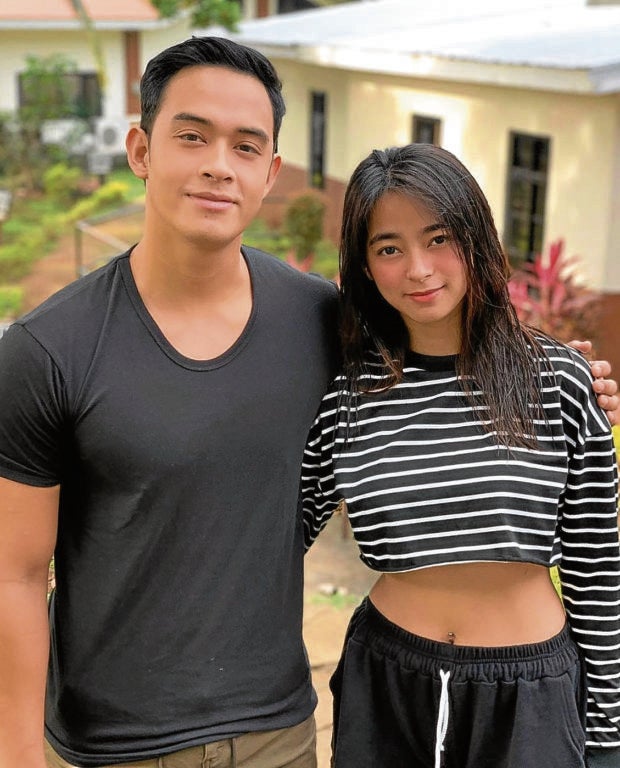 A: My dad (Jeric Raval) is strict with me, but in a reasonable way. He allows me to do sexy roles, but sometimes, he asks me to delete my Instagram post if he thinks my picture is too sexy. I want to do action movies like my dad. He told me to choose a guy who has drive and ambition, even if ‘di guwapo masyado.

Y: DOAGF is based on a true story that happened in France. It’s character-driven. There’s a fifth character who doesn’t appear onscreen. It will keep you on the edge of your seats as you wonder who’s telling the truth.

D: Barbie (Imperial) is maternal kasi maalaga siya na girlfriend and, at the same time, it’s masarap to baby her. Even if it’s still too early to talk about marriage, we already envision a life together. I really think she’s “the one.”

Age is just a number for Gabby and Sanya

It’s about an ordinary woman who gets to lead an extraordinary life as the nanny (Sanya as Yaya Melody) of the president’s children and falls in love with the country’s highest official (Gabby as President Glenn Acosta). 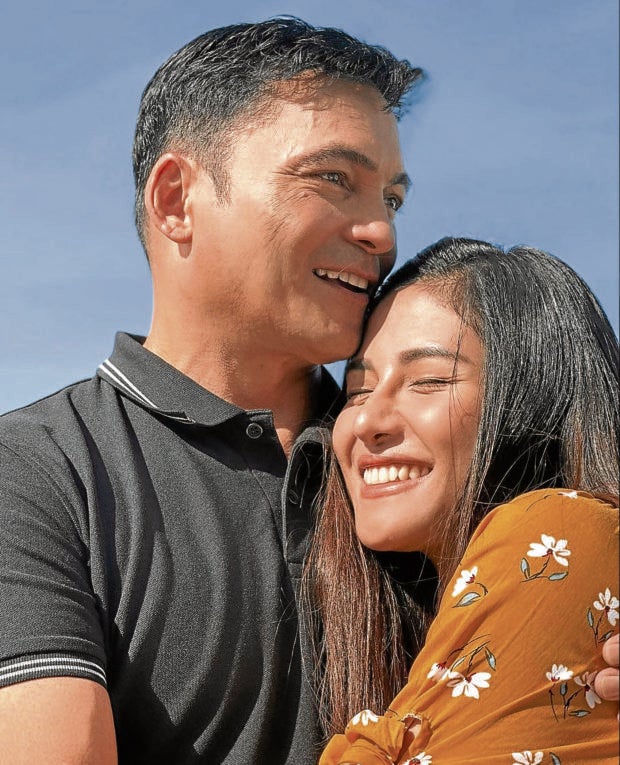 If Gabby was single, would Sanya fall for him despite their age difference?

“Absolutely. He does not look his age at all,” exclaims Sanya. “Still gorgeous as ever and very caring. He finds ways to make the set a happy place for the cast and crew. I also discovered that Gabby is a good cook—that’s a plus factor.”

Sanya can hardly contain her giddiness as she talks about Gabby. No malice, just fangirling. Get your nightly dose of kilig watching Yaya Melody and President Acosta’s fairy tale romance blossom. That calls for a “State of the Heart Address.” INQ