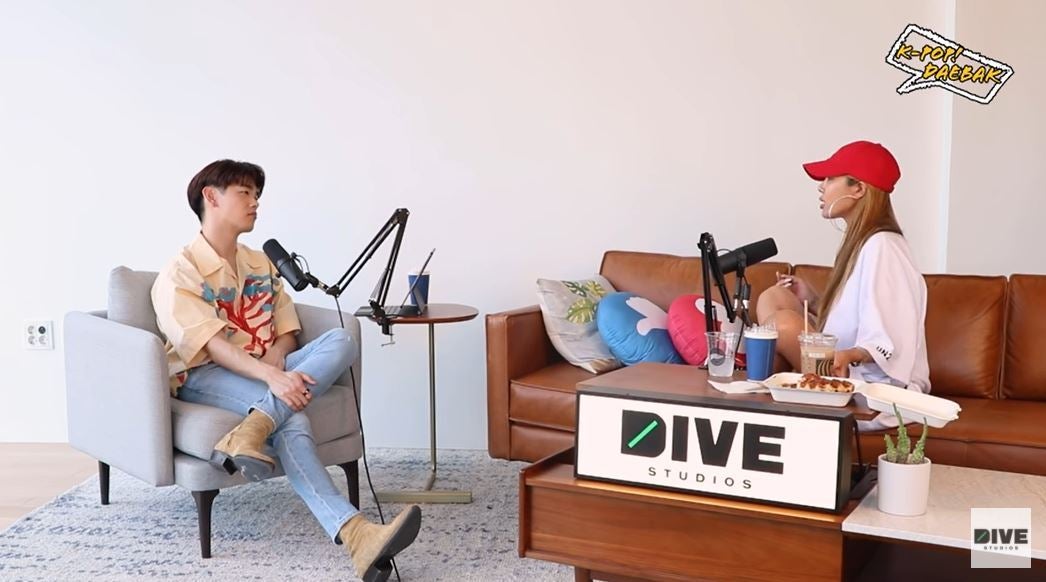 SEOUL — As more and more K-pop singers gain prominence on the global stage, the demand for English-language K-pop content is on the rise.

Comments on many of the videos featuring K-pop stars contain requests for English subtitles.

“I sometimes joke with my [BTS] Army friends that the biggest fear as international Army is not having subtitles for BTS videos,” a BTS fan living in the Philippines, who spoke on condition of anonymity, told The Korea Herald.

Army is the band’s official fandom community. “When they appear on a radio program, I usually look for the video content on YouTube that features their appearance with subtitles.”

As that fan noted, audio content featuring K-pop stars is inaccessible for many foreign fans due to the language barrier.

Eric Nam, who made his first TV appearance on the audition show “Star Audition: The Great Birth,” soon gained a reputation for his interviewing skills in English. Some even say his interviews overshadowed his musical career.

In his podcast, “K-pop Daebak,” he shines more than ever as both a K-pop industry expert and a great interviewer.

The luminaries featured so far include Jessi, Jay Park, Chungha and Nichhun.

The show also features interviews with U.S. artists such as Pink Sweat$ and Lauv, who have collaborated with K-pop artists.

“Get Real” is a podcast hosted by three K-pop stars — Peniel of BTOB, BM of Kard and Ashley Choi, a former member of the now disbanded Ladies’ Code. The three hosts do not shy away from giving honest accounts of their experience in the K-pop industry.

In the first episode, for example, the K-pop stars talk about their experience living in dorms as K-pop trainees and band members.

For a recent episode, K-pop artists who are fluent in English, such as K-pop artist Jackson of Got7, were invited as guests.

The show has aired 38 episodes so far.

If you want to listen to an English-language podcast that is not necessarily about K-pop but is hosted by a K-pop star, “How Did I Get Here?” may just be for you.

Each of the show’s 60 episodes opens with the hosts saying, “Welcome to How Did I Get Here? — where we live our best lives on the internet and come out on the other side knowing more but not feeling much smarter.”

This intro states the purpose of the show — not to educate or inform but simply to touch on topics trending on the internet.

In every episode, he speaks from his own experience and voices his opinions on different topics, including Marvel characters, the K-pop industry, K-dramas and how he would cope in a hypothetical apocalypse. (This topic was discussed before the pandemic.)

Eric Nam and his brother Eddie Nam, who is also a manager of Epik High in North America, appear on this show once in a while.

In episode 15, which aired in November 2019, Eric and Tablo discussed racism against Asian Americans in North America. Eric, who was born and raised in Atlanta, shared his experience of bringing Asian food to school.

The singer revisited that experience more recently in an opinion piece for Time magazine, titled “If You’re Surprised by the Anti-Asian Violence in Atlanta, You Haven’t Been Listening. It’s Time to Hear Our Voices,” released March 27.

No new weekly episodes have been uploaded since September, but Tablo did a special two-episode series in January, when Epik High released its 10th album.

Part of its earnings are donated to a charity of the artists’ choice, according to Dive Studios.