‘General Admission’: Jasmine-JC comedy skewers culture of gossip in its many forms 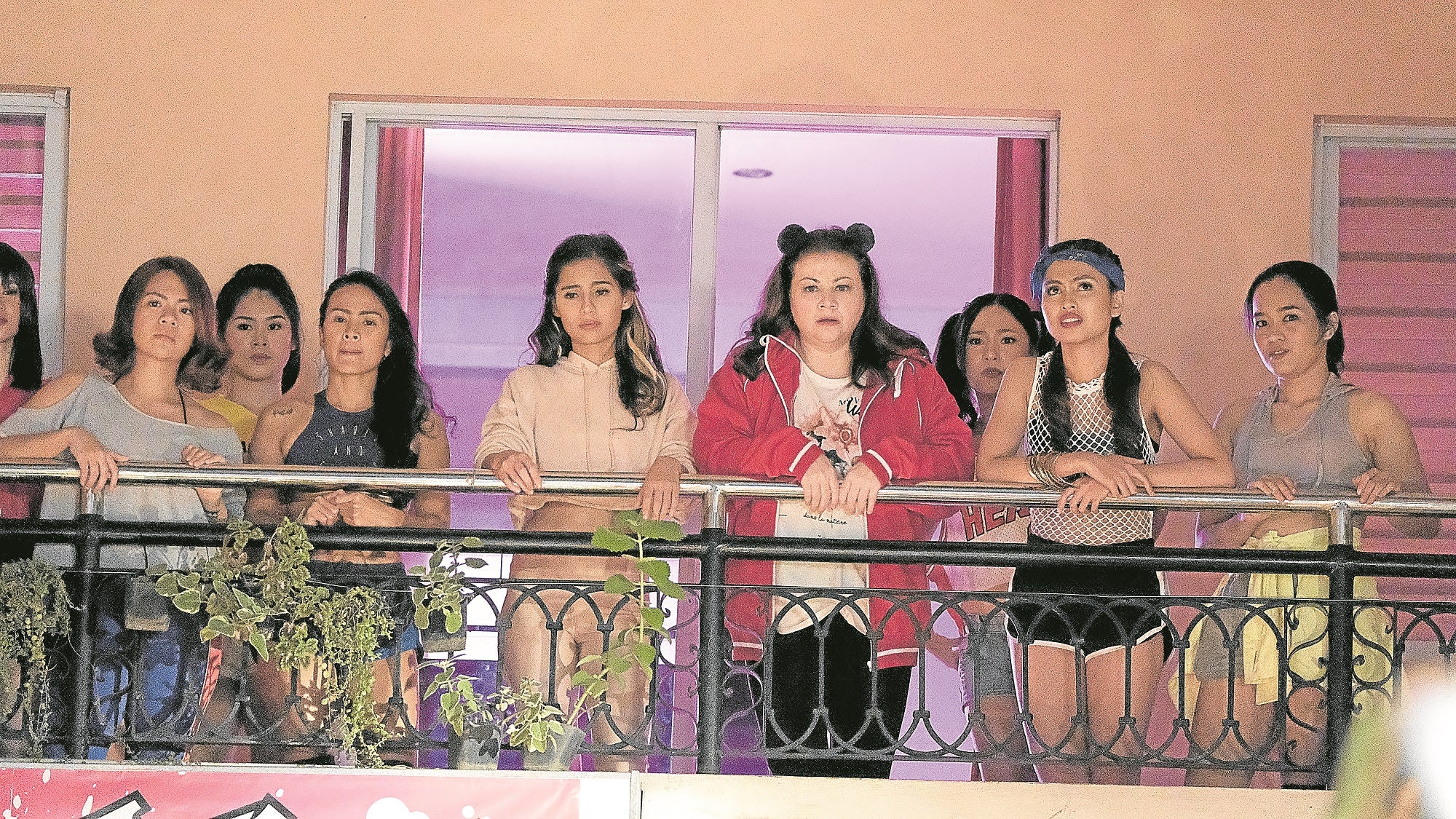 Curtis-Smith (fourth from left) and Rosanna Roces (beside her)

It’s easy to see how quickly a harmless message can take on a malicious meaning, particularly in a social media-enslaved world replete with fake news and empowered trolls.

In Jeffrey Hidalgo’s subversive black comedy-cum-social drama “General Admission,” which launches its monthlong run on iWantTFC beginning Friday (till May 7), a woman’s monthly period becomes the source of an outbreak of media frenzy that doesn’t just put a loving young couple’s relationship through the wringer, but also opens a Pandora’s box of repugnant secrets, hidden passions and rambunctious lies.

Adapted by screenwriter Dustin Celestino from “MediaEx Presents: Savages,” a short story published in 2009, the film, which took about 10 days to shoot and two years to complete, shines a light on polarizing issues that crawl out of man’s penchant for hyperbole and sensational, reality TV-style stories.

“Dustin was intrigued by the media culture and its ruthless tendency to make a spectacle out of scandal and tragedy,” producer Darlene Catly Malimas told Inquirer Entertainment last Tuesday when asked about how the film’s themes and tone came about.

She added, “As a playwright, and even with his directorial debut—via Cinema One’s Jury Prize winner, ‘Utopia’—Dustin gravitates toward black comedy and that uncomfortable mix of nervous laughter in one scene and shocking brutality the next.”

Yes, brutal, indeed. The film’s lead protagonist, dancer Katja Majarais (Jasmine Curtis-Smith), sees how her life is torn to shreds after an emergency of “the feminine sort” is accidentally played out for all the TV world to see as she wraps up her performance with a girl group in a noontime show. 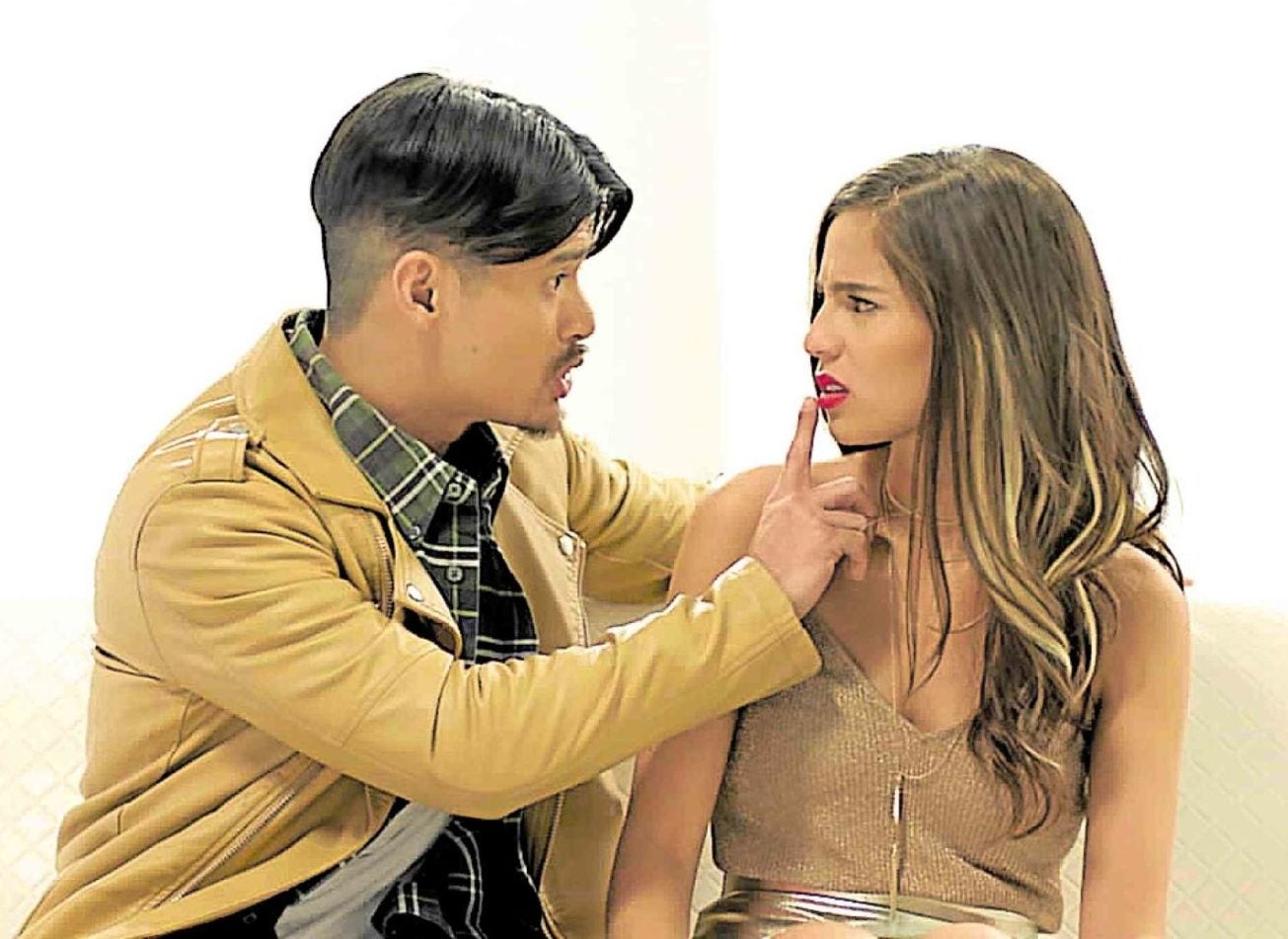 What makes Katja’s sordid tale even more “appealing” is her relationship with bit actor Carlito Sicat (JC de Vera), a former child star who owes his recent visibility on the show biz scene to a viral sex video that was allegedly leaked by his spiteful former manager, Robert Velasco (Rener Concepcion).

Also expecting to get a major ratings bump from Carlito and Katja’s interconnected stories is radio commentator Danny de Leon (Archie Adamos), who’s forced to prioritize scandal over the social issues he’s known for to keep his show afloat.

But all hell breaks loose when Danny manages to lure Carlito to his booth and share his side of the story. Unfortunately, the sinister twists Danny and Teri spin out of Carlito and Katja’s genuinely benign statements soon send the couple’s situation in a frenzy.

In no time, the ensuing melee finds Katja and Carlito getting dragged into a hodge-podge of hot-button issues that include unplanned pregnancy, abortion, HIV, sexual abuse—yes, everything but the kitchen sink—riling up even feminists, human rights activists and members of the LGBT community, who are only too eager to weigh in on the couple’s deeply convoluted tale.

With all that chaos sending its protagonists on a bender and threatening to squander the production’s catchy vibe with its unabashed excesses, it would have been unsurprising for the film to merely whisk viewers through a checklist of cliches and, given its zany comedic elements, let it spin out of control.

But we’re happy to note that Hidalgo and his team are insightful enough to make sense of the production’s loopy broad humor, with familiar sitcom-like beats that are well-worn and character quirks that manage to stave off conventions.

Consuming info“General Admission” skewers the culture of gossip in its many forms in modern society, and takes netizens and nontechies alike to task for their propensity to consume “information,” whether real, manufactured or imagined.

Beyond its cautionary themes and entertaining elements, the movie benefits from its likable cast, particularly the smoothly manipulative Archie Adamos, JC de Vera, whose disarming earnestness is as potent as the dark secrets his character conveniently sweeps under the rug, and Rosanna Roces, whose strong offbeat presence—as the dance group’s manager Daisy—more than makes up for a largely forgettable role.

But at the heart of this convincingly crafted genre exercise—a winking parable in the age of social media—is Jasmine. The actress scales down her cautionary film’s excessive energy and abundant humor with touching thespic restraint and a measure of vulnerability that manage to pierce through Katja’s deceptively apathetic façade—an approach in characterization that helps her “General Admission” settle into its unorthodox rhythms.

Read Next
Jukebox Queens will ‘never be the same’: Eva Eugenio and Imelda Papin mourn Claire dela Fuente’s death
EDITORS' PICK
OPINION: Mischief Reef – where it all started
POVA x Mobile Legends Bang Bang: A partnership that’s built to win
Infants bundled off; no one hurt in PGH fire
Tired of your Wi-Fi signal problems at home? Here’s a solution!
Fire-damaged PGH calls for donations
CPA Australia and their designation: Advance your career
MOST READ
Leonen impeachment case moves forward in House
Hot, humid weather for PH on Monday — Pagasa
Longest recession since Marcos era
Long working hours are a killer, WHO study shows
Don't miss out on the latest news and information.