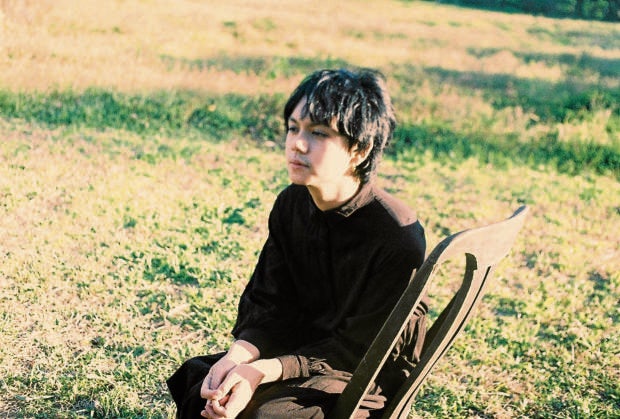 And while the subsequent COVID-19 quarantines allowed him to focus on his songwriting, he now finds himself yearning for the stage and the rush of adrenaline that comes with it. “I miss the sweat, the tightly packed bars, the hassle of getting there,” he told the Inquirer in a one-on-one Zoom interview.

“Now it’s more comfortable [when doing online content]; you can do a second or third take,” added Zild, who has been focusing on his solo pursuits after the phenomenal pop-funk band IV of Spades—for which he plays bass and sings lead vocals—went on hiatus last August.

Unlike his acclaimed debut album, “Homework Machine”—which is filled with electronic bops that evoke quirky 8-bit video game music—Zild’s follow-­up offering, “Huminga,” will be a back-to-basics record, with an emphasis on organic and acoustic instrumentation.

“I had enough of electronic music, because it sounds indoors … And I’m so tired of staying at home. So, I want to make music that makes me feel I’m outside,” the 23-year- old said.

Zild has put out three singles en route to his new album’s release on April 8: “Kyusi” is a coming-of-age track about acceptance and experiencing love for the first time as a teenager; “Apat” is a bouncy ditty about seizing the moment, about friendships and how people can naturally grow apart; his latest, “Bungantulog,” is about daydreaming and memories that sneak up on you.

Aside from the shift in musical style, another palpable difference in “Huminga” is the songwriting. These are more specific and drawn from personal experiences. He no longer feels the need to hide behind metaphors and the abstract.

“I finally overcame that fear … This is me being honest, being at peace with my experiences and attempting to relate those to the listeners,” related Zild, who’s now with Balcony Entertainment, Rico Blanco’s record label and management company.

Our Q&A with Zild:

How did your partnership with Balcony come about?

After the release of my first album, I had a chance to talk to Rico (Blanco), whom the Spades had previously collaborated with. I asked them if they could help me, because I was having a difficult time with logistics and all that. And game sila … I said I was thinking of doing acoustic-based songs. And Rico told me, ‘That’s what I’m hearing, too.” Our visions aligned.

Growing up, Rico was one of the artists who inspired me to write songs … And I find it amusing because now that I know him personally, I found out that he’s a nice guy.

What held you back from writing your own experiences?

I used to think that my experiences were corny and not interesting enough to write about. But now I know that no matter how simple your stories, what matters is that they’re true and genuine.

Were you more productive during the quarantine?

I didn’t really have a choice, because I’m not allowed to go out often. But instead of losing my mind, I just create music.

I usually get writer’s block. But once the inspiration kicks in, everything falls into place. If I don’t write an idea down, it won’t stop churning inside my head.

But there are also times when I keep a schedule, because songwriting is a skill. I allot about an hour or so to writing. If I can’t complete a song, I come up with (musical) sketches.

What else is keeping you busy?

Anime and books. I also learned how to ride a bike … I have been listening to a lot of music, too. I go back to the classics every so often, but hip-hop is what I’m tripping on right now—Kiyo, 1096 Gang, BLKD.

Since the Spades is on hiatus, solo projects have become your priority. Do you prefer working with a group or alone?

The pros of being in a group is that it’s not only your identity that shines—lahat kayo ’yun, the chemistry, halo-halo ’yun. But now as a solo artist, you can only give who you are.

At the moment, I think I prefer working alone. Now it’s great to have creative control, but one day, I may look for something different.

What are your thoughts on virtual shows?

It’s hard. The challenge is that you can’t repeat the same set list, because once you broadcast, it’s there; people can always go back to it.

How do you find it as a viewer?

It’s easy to lose your focus, because you can watch while doing other things.

Are you now more comfortable onstage?

I’m still not that comfortable, but it makes me happy.

What’s the journey like toward finding your own sound?

“It’s like you’re a DJ—all of the music you love, you compile in a playlist. All the things I want to try, I assemble into a body of work. Now I want to sound outdoors. I love different kinds of music. Baka next time, tunog Mars naman!

As you shift genres, are you worried that some fans might still look for the “Homework” sound?

As long as your songs are authentic, it will resonate with people. It’s all about honesty. INQ