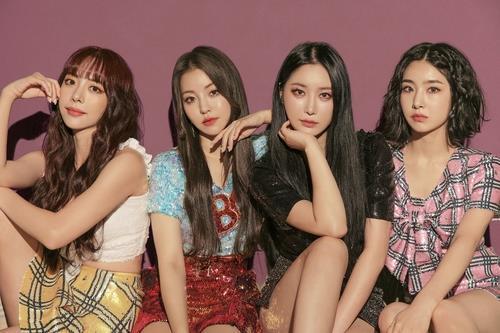 Brave Girls, the K-pop act that made a fairy tale comeback after four years thanks to social media, has reached No. 1 on more music charts with its 2017 single “Rollin’.”

The upbeat dance track topped Gaon’s latest weekly digital and streaming charts, run by the Korea Music Content Association. The song sat atop the streaming chart for two straight weeks and reached its first No. 1 on the digital chart.

“Brave Girls is South Korea’s third girl group to top the K-Pop 100 following OH MY GIRL and BLANKPINK,” Billboard reported. “Last year, OH MY GIRL’s ‘Nonstop’ ranked No. 1 for a week in May, and BLAKPINK’s ‘HOW YOU LIKE THAT’ stayed atop for four consecutive weeks in July.”

It also noted that the song, released in March 2017, took the longest time to reach the summit.

The latest wins add to the song’s belated success on domestic music charts. It has reached top spots on streaming platforms Melon, Genie Music and Bugs as well as on TV music shows.

The four-piece act had mostly remained outside of the spotlight in the competitive K-pop industry until a recent YouTube video showing the country’s conscripted soldiers explosively reacting to their performances went viral.

Thanks to the song’s newfound popularity and continued support from military fans, the group that was on the verge of disbanding made a dramatic comeback and began to appear on numerous TV and radio shows.