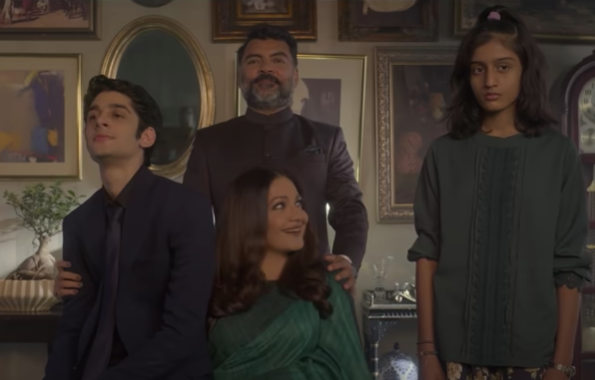 The National Commission for Protection of Child Rights (NCPCR) has asked the United States streaming giant to remove five “objectionable” scenes from the series and wrote to the police chief in India’s financial capital Mumbai to take action.

“You are requested to investigate/inquire and take deemed lawful necessary action,” NCPCR’s chairperson Priyank Kanoongo wrote in the letter.

A Mumbai police spokesperson did not immediately respond to a request for comment. Netflix declined to comment.

“Bombay Begums” is a series about five women from different parts of society trying to get ahead in modern Mumbai, formerly called Bombay. It was released last week.

In a separate letter to Netflix, NCPCR asked the company to remove five scenes which it said violated Indian laws governing Juvenile Justice and the Protection of Children from Sexual Offences.

In the series, children have been shown indulging “in snorting drugs and taking indecent pictures and selfies in the classroom,” NCPCR told Netflix.

The child rights group first asked Netflix to stop streaming the series last week after reviewing complaints on Twitter. As of Tuesday, the show was still available for viewing on Netflix in India.

Netflix officials met the child rights agency on Tuesday to discuss details of the scenes and objections from NCPCR, which gave the company two days to consult its legal team.

Video streaming platforms like Netflix and Amazon Prime Video have recently faced a barrage of complaints around promoting obscenity or hurting religious sentiments in India, a key growth market.

Amazon Prime Video’s “Tandav” political drama is also facing complaints for depicting Hindu gods in a derogatory manner. The questioning of one of Amazon’s executives has spooked the Bollywood fraternity and the video streaming industry, Reuters has reported.

Fearing arrest, the executive put in an anticipatory bail plea, which was declined by a state court but the Supreme Court gave her protection from arrest. JB