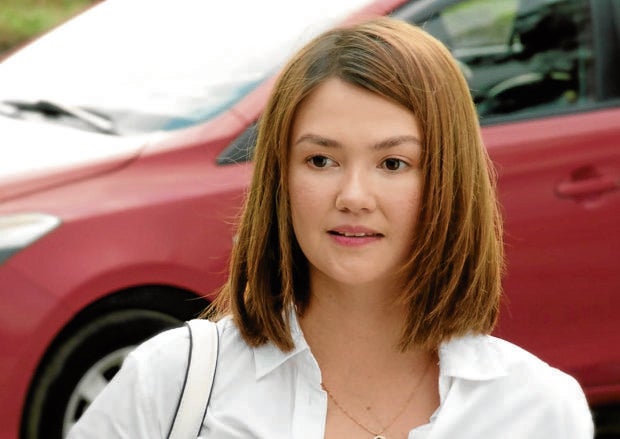 Mae Cruz Alviar’s “Love or Money” banks on the time-tested Star Cinema formula for glossy rom-coms to generate its instant likability. There’s the star-crossed couple who realizes that their love for each other far outweighs their incompatible traits and conflicting priorities, a forbidden romance framed by the sparkle of a picture-perfect foreign land teeming with flawed, but feisty Filipino migrant workers, a conflict that drives them to a tragedy of Shakespearean proportions, and, surprise, an epilogue that allows time to conveniently heal all wounds. Unfortunately, it’s also this string of formulaic elements that quickly weighs it down and gives away the production’s tonally disjointed progression. It goes from being a romantic comedy that pulls out all the crowd-pleasing stops, to that of a cautionary teleserye-channeling drama featuring a hyperventilating kontrabida and the downward-spiraling danger his larger-than-life presence brings. Naturally, this throws all the kilig out the window. But it certainly doesn’t help that the movie’s otherwise eventful pairing lacks the chemistry that should have made viewers rally behind their future together. Unfortunately, chemistry isn’t something you can manufacture at will.

In the movie, Angelica portrays ambitious but brokenhearted Angel dela Serna, who crosses paths again with Leon (Coco Martin) three years after they figure in a one-night stand. While sparks did fly at the time, it was Leon’s relative poverty that scared Angel away.

It’s this mindset that soon thrusts Angel into a “life of convenience”—as a Ferrari-driving, events company-running CEO who lets her heart take the backseat in favor of a lap of luxury. This measure of affluence enables Angel to send her brother to La Salle and pay the medical bills of her wheelchair-bound mother (Teresa Loyzaga). But her “double duty” is no walk in the park: She is a businesswoman by day, and a kept mistress by night.

Leon, on the other hand, just wants a simple but financially comfortable life for his poultry-raising dad (Dante Rivero) and brothers. He would have everything he wanted if he could only win the quirky girl of his dreams and put up his own carinderia. Getting in the way of Leon and Angel’s star-crossed romance is Dubai-based businessman Enrique (Norm McLeod), a wealthy but married expat with an “eskandalosa” wife, who refuses to share Angel with other men. And why should he? After all, he pays for all her bills and “luho,” right?

Following their kwela flirtations, when Angel and Leon finally admit that they can’t live without the other, things quickly go south. 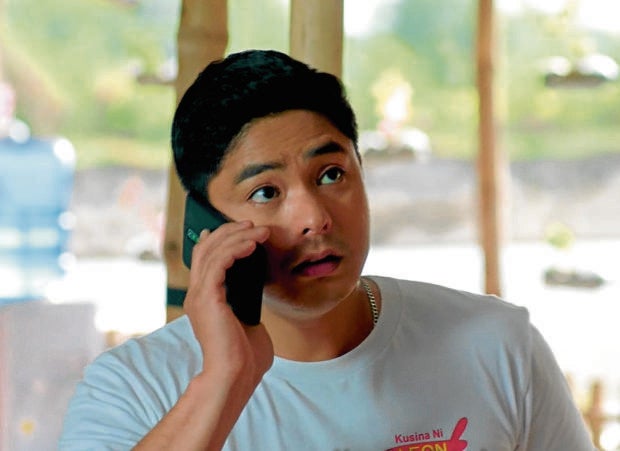 The movie was something we eagerly anticipated because we’ve always enjoyed watching Angelica, the most versatile actress of her generation. She can switch from comedy to drama with ease and mixes them up just as easily. The actress has a number of funny moments, even if her character was written like a femme fatale just waiting for her comeuppance. And we didn’t expect anything less from her. Her unpredictable temperament makes her portrayals consistently appealing. However, even the actress doesn’t manage to let a line like “My butt ate my panty” fly—and, trust us, it sounds more in-your-face in Filipino.

Coco is as Coco does in many of his mainstream offerings—the unabashed probinsyano (pun intended) with a heart of gold who’s willing to beg, steal, borrow and, in Leon’s case, grovel at the feet of the other guy in the name of l’amour. But as Charles de Leusse once said, “Who forgets himself in love remembers the future.” Aw, shucks.

It isn’t beyond Coco’s characterization of Leon to steal from Angel’s benefactor or smuggle contraband just to keep his debt-ridden sweetheart out of trouble—a predicament that can only be empathized by someone who thinks there’s justification for that.

If you feel short-changed by the story and execution of this “formula-gone-wrong” misfire, you can focus on its gloss instead and just enjoy Dubai’s eye-candy grandeur. But a pretty picture with not much compelling tale or relatable insight to back it up is bound to overstay its welcome in no time. And “Love or Money” is no exception. INQ