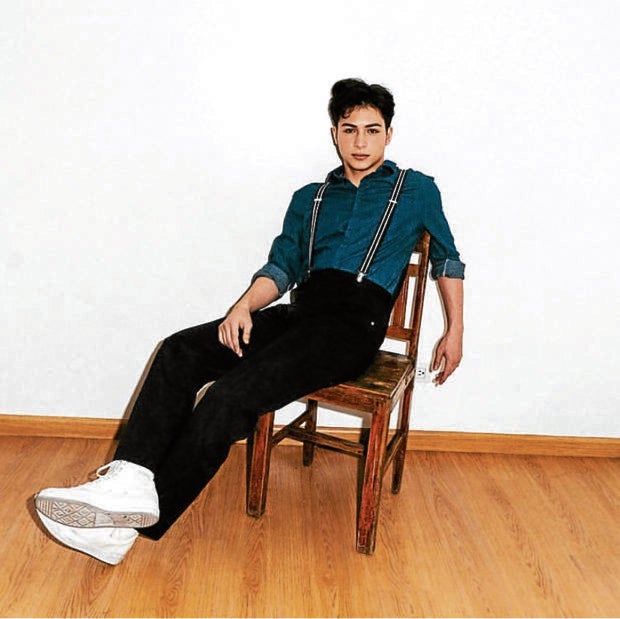 As a kid, Abdul Raman was terrified of Cherie Gil.

He had yet to understand the distinction between reality and fiction, and so he believed that the actress and the ruthless villains she played on television were one and the same. He didn’t want to become an actor, he recalled. “What if I run into her?”

He did run into her. By a curious twist of fate, Abdul joined the talent search “StarStruck” in the same year Cherie was selected to sit as one of the judges. Now, surreally enough, the two find themselves working together in GMA 7’s coming drama series, “Legal Wives.” But he’s no longer scared, Abdul said. In fact, he now sees and treats Cherie as his “second mother.”

“I have already overcome the fear factor!” Abdul quipped in a recent video conference for the said soap opera. “She’s one of my favorite coactors on the set because she’s so full of love.”

And the more he spent time with the multiawarded actress, the more Adbul realized that his initial impression of her couldn’t be more wrong. “From being my personal bogeyman, she has now become my idol. She’s a really nice person. Kung gaano siya kasama as a kontrabida, ganun siya kabait in real life.”

“I love her to bits,” added the 18-year-old Kapuso talent, who finished in the Top 6 of “StarStruck” Season 7.

The locked-in taping session for “Legal Wives” was a wonderful learning experience for Abdul, because he was surrounded by experienced actors—including Cherie, Dennis Trillo, Bernard Palanca, Al Tantay—who regularly offered him valuable advice.

“I always enjoyed chatting with the veteran actors and listening to their life stories and experiences. They always entertained my random questions. They gave me acting tips, like the importance of projecting your voice, and how acting is reacting,” he said. “They also gave me love advice and they’re all very kind.”

Because he’s one of the few young actors in the soap, Abdul admitted that there were times when he couldn’t help but feel intimidated. “I just kept in mind that they were also once in my position, and that what I was feeling was normal. But at the same time, I wanted to show my skills … show that I’m taking this seriously.”

Abdul is paired with fellow “StarStruck” 7 alum Shayne Sava, who ended up becoming the female winner. Working with her is a breeze, he said, because they used to compete in challenges together during their time in the talent search.

“I’m very comfortable with her. I feel like I can do any scene with her. Our personalities just click,” he said of Shayne, whom he described as “smart” and “cute.” “There’s something that makes me want to talk to her. We have good conversations… She loves poetry, which I find interesting.”

“Legal Wives” revolves around a Muslim Maranao royalty and Islamic culture. And it’s a fitting show for his debut, Abdul said, because he himself is a Muslim. The show biz newbie, who was born to an Egyptian father and a Filipino mother, lived in Abu Dhabi, United Arab Emirates for nine years, before moving to the Philippines. “I accepted the project wholeheartedly because it’s a big opportunity. It’s a primetime show. I’m excited to show what I can do and what I have learned,” he said.

‘To represent my religion’

But more than an acting break, Abdul also sees the series as a chance to educate more people about Islam and correct whatever misconceptions they have about the religion. “I have always wanted this for myself and my family… Perhaps this is one of my objectives in life—to represent my religion in a good way and to present it in a good light. So, when I got the offer, I thought, ‘The stars are aligning!’” he said. “Diversity is a good thing,” he added. “Islam is misrepresented a lot… But I think the show can also educate—that way, we can avoid discrimination.” INQ