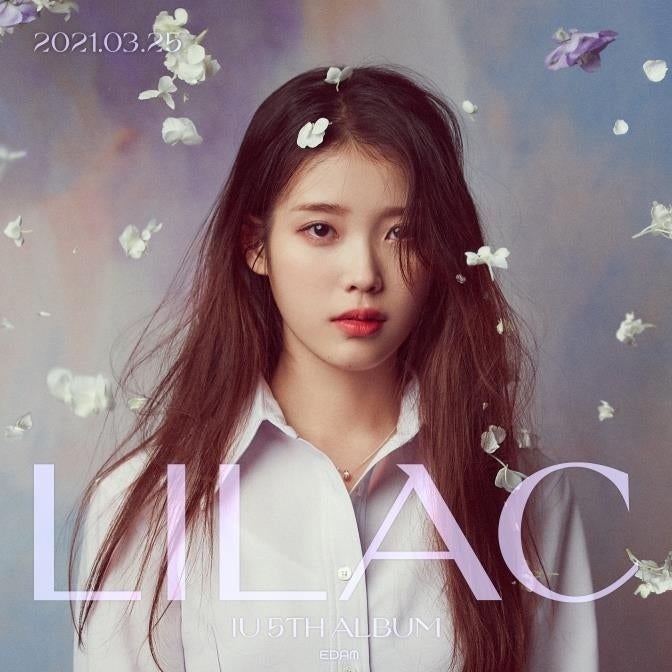 IU, one of the K-pop scene’s most prominent female solo acts, is set to drop her fifth full album later this month, her agency confirmed Thursday.

Titled “Lilac,” the singer-songwriter’s studio album will be released March 25, according to EDAM Entertainment. It did not elaborate on the details of the upcoming album.

A teaser image uploaded on IU’s official social media channel shows the singer gazing into the camera in a simple shirt with lilac flowers falling in the background.

In January, the singer unveiled the single “Celebrity,” one of the songs that will be included on the upcoming album. The upbeat pop number went onto top local music charts.

Now also active in acting, IU is one of the most popular solo acts here, ruling charts with most of her songs. Her most recent hits include “Blueming,” “Love Poem” and “Eight,” a collaboration with BTS member Suga. Yonhap