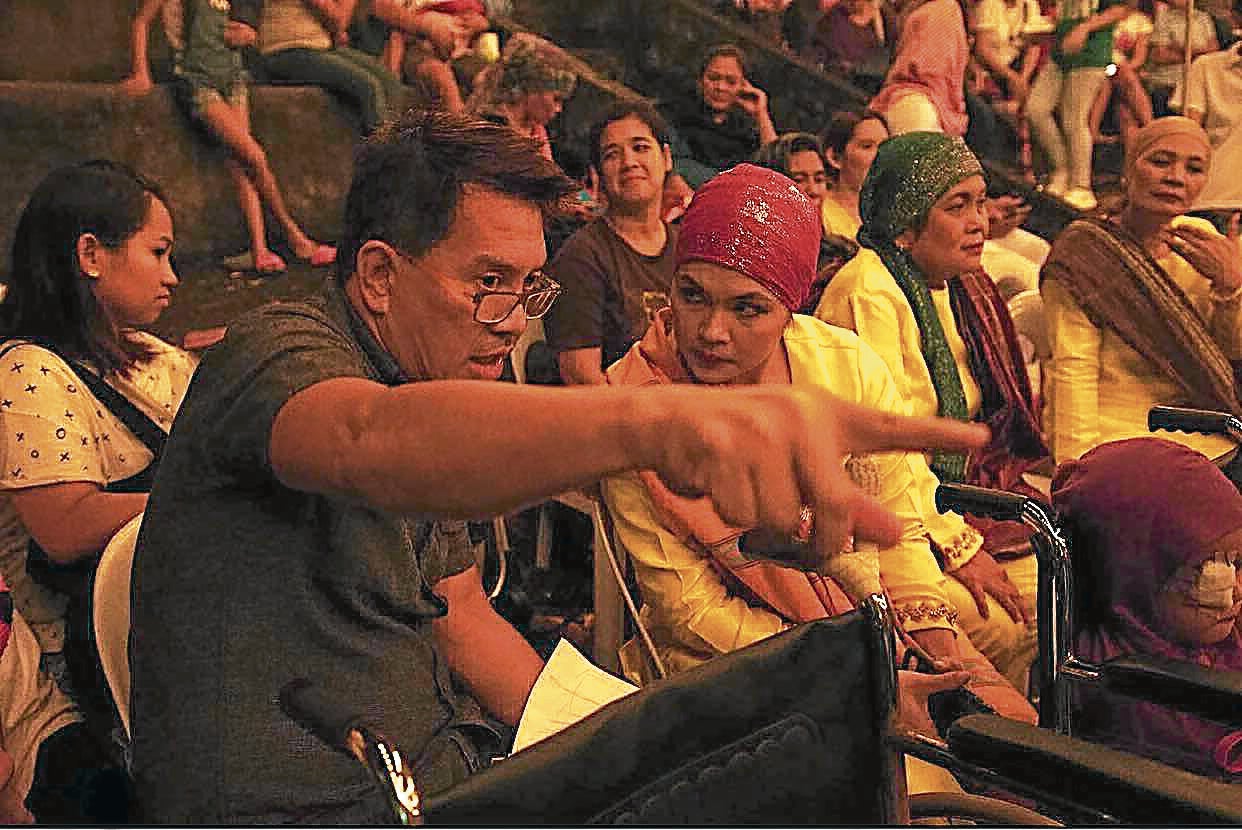 Our films have had the honor of being submitted as the Philippines’ entry to the world’s most favored category in the Academy Awards—the International Feature Film. I thank those who have supported us in our mission to promote Filipino films and talent to the global audience.

As the director and producer of films such as “Ma’ Rosa,” “Verdict” and “Mindanao,” which successfully represented the country around the world, we have become familiar with the challenges faced even by the most determined and well-heeled outfits that intend to make the cut at the Oscars. This is the reason we cannot help but notice the stark difference between our campaign and other countries’ campaigns to get to the Academy’s shortlist.

Valuing consistency, in my team we say we have no right to expect luck—for fortune to go our way if we never worked hard enough to deserve it. A great award today does not mean we will be as successful tomorrow if we don’t exert the same effort as before. Receiving accolades you do not deserve is revolting.

Our mindset is the same regarding our Oscars campaign, but we are painfully aware that while we spared no effort and used our resources, a vital part is lacking in this yearly struggle. We reiterate: sufficient financial support, given at the right time, both from the film industry and the government. Entries need promotion, screening and distribution worldwide, particularly in the United States; nominated films have these.

A film’s campaign for the Oscars is a national collaboration, or at least it should be, as is done in art-supporting countries. Relevant awards, the workings behind them are often so misunderstood—both by the average person and those in the industry, and I hope to add clarity. After a film is chosen, now what?

While a film’s production budget matters, the amount to launch a passable Oscars campaign is, at least, P20 million. This is mainly for promotion, to catch the attention of Academy members. This amount must be given once an entry is selected to compete.

Promotion of a quality film geared for international competition begins when it travels through festivals. A filmmaker may find sponsors for his travel and film expenses, or he can use his own, which is what we usually resort to.

Promotion via foreign publicists. In most things, you get what you pay for. The average contender films pay millions for advertising, whereas the biggest support that the Philippine entry has received is the Film Development Council of the Philippines’ P1 million, which we’re grateful for. Think: after all the films we’ve submitted since 1953, even now we still look like beggars, scraping the bottom of the barrel, red in the face—bargaining to be heard.

Screening and distribution are very important. A film may be top quality or a local blockbuster, but it must be seen globally, by people who matter. After promotion, how and where are the relevant people supposed to see it? Competing films have as much as 50 screenings per country abroad. Our entry never had this.

Know the battleground. The local and global scenes are very different; while we value everyone’s well-wishes and smile at naysayers, the sad fact is even if 100 million say they support you, without solid action, it will have little effect on Oscar’s official battleground: the United States. Also consider the filmmaker; it’s important that the name is globally recognized because it draws viewers’ interest.

I mentioned “luck” earlier. I cannot help but think how ours is a betting country; just look at the lines in our lottery outlets, the sabong, the humble cara y cruz for which many have spent time in jail. We believe and cling to luck.

In the arena of filmmaking, however, few would dig into their pockets to gamble on it. Some politicians are good at campaigning, season or not, and have deep coffers—yet reluctant to support artists’ endeavors. Perhaps this is because many of us expect instant reward and satisfaction: A winner boosts our collective pride, but is soon forgotten. Also, many think of films as mere “entertainment.” We must change this way of thinking.

The digitalization of film changed cinema in various ways, but there remains the disjoint between those involved in a film entry, especially if the producer and the director are different. Directors are often hired for a pro­ject; producers fund it.

Will the director be keen enough to fight and cough up millions for the faint hope of a nomination for a film that isn’t exactly his? To producers whose interest is business, why gamble to be on some shortlist, spend dollars to feed reviewers, distribute where nobody might watch? Our entries are often independent films, so more must be done after the selection.

Maybe I feel strongly about this for I remember how hard I worked because I believed in Filipino stories: walking alone in the streets of Los Angeles, searching for the screening venue of my film, the old tech man asking me if I came all the way from the Philippines for that screening. He stared at me, patted me on the shoulder—what it meant, I’m not sure; pity, or respect for my perseverance in chasing a dream many cared little for. But I did ask myself, Why am I doing this? I have strong faith in what the Philippines can offer, but when you see that a decade later the situation hasn’t changed much—that old frustration returns.

These are the circumstances, but reality can be changed closer to the ideal. I say that winning major awards from big organizations like the Academy is NOT a forlorn hope—if everyone participates in this purpose. But how much are we willing to work for it?

We remain inspired; worked hard, begged and borrowed, succeeded in other great attempts, even against the odds—we exerted the same effort for the Oscars campaign, this spark of hope. Whatever the disappointment, let us soldier on for what we believe in: If you must strike, strike hard and make it count—or just cower.

The film industry must unite and help itself, especially in ventures such as this. Let us focus on the art, not on affiliations; even if a good film is created by one who is not of our faction, support it. Spreading baseless intrigue, working too hard to bring others down, pitting films and filmmakers against each other—that’s poison. Remember, despite our differences we are one body.

To the government, again, actively help this industry for it is not just entertainment—it’s a source of tax, creates jobs, has great impact on the economy and culture. Making a permanent mark on the global memory is a way to capture markets.

But more than this, films introduce the nation’s heart and soul to the world, all we’re capable of—be they documentaries, or full-length narrative films.

For filmmakers whose works will be submitted to the Academy in the future, be brave; we’ll work hard so by the time you arrive, the environment and situation regarding support have improved. To the film industry and the government, let’s not twiddle our thumbs waiting for luck—if we must gamble, take a risk on projects that matter. It may not guarantee instant reward, but all great accomplishments come because of the first steps we took toward improvement.