Sheryl Cruz on May-December affair: Age is just a number

When it comes to relationships, Sheryl Cruz believes that age is just a number.

“I don’t want to make a big deal out of other people’s relationships for as long as they don’t hurt anyone. It’s a different matter, of course, if they’re stepping on someone’s toes. But if two people go along well and they’re always there for one another, age is just a number,” she told the Inquirer in a virtual conference for the GMA 7 drama series “Magkaagaw.”

In the afternoon soap, Sheryl’s character, Veron, gets into an affair with a much younger man, Jio, portrayed by Jeric Gonzales.

Asked why she thinks the idea of May-December affairs is polarizing—especially when it’s the woman who’s older—the actress surmised that many Filipinos have still a conservative mind-set toward relationships. 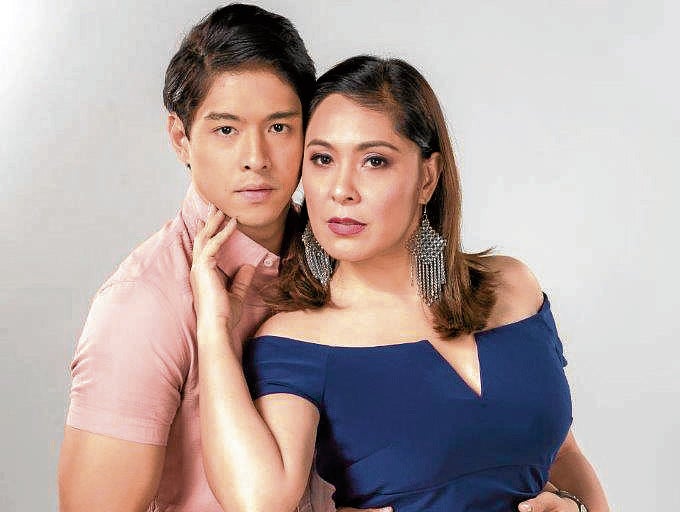 Keep up with the times

“But we also have to keep up with the times. Things like these happen; it’s not like an uncommon situation,” she pointed out. “There are people who are able to make things work and all the best to them. If they really love each other, there’s nothing wrong with that.”

It’s not something to gossip about. “If you respect your fellows and what makes them happy, let’s not chismis,” she stressed adding that couples with a considerable age gap should simply brush off what other people have to say. “As long as you respect and love each, keber kung ano sabihin ng iba.”

Prior to the Covid-19 pandemic, Sheryl and Jeric were required to do intimate scenes as part of the plot. Did they have to hold back on those, now that there are safety protocols in place?

“From the beginning, we weren’t made to do anything that was against our will. Before I took on the project, I was already told about the things I would have to do, which include intimate scenes. We did those to the best of our abilities,” she said.

But when they resumed production through a locked-in taping, the creative team made sure to ask what their limitations were. “When we returned from the quarantine, we were repeatedly told by our director, Gil Tejada Jr., that we should only do what we were willing to do; that we wouldn’t be forced to do anything because safety comes first.”

“The guidelines are for everyone’s best interest. But it’s great because the people on the set are all very understanding,” she said. ‘We’re starting to get used to it.”

But that doesn’t mean that the quality of her scenes with, or onscreen dynamics with, Jeric have to suffer. “We felt that it would only be natural to pick our characters from where they left them. That’s how we restarted. You still have to bring your level up since the expectations of people are already there,” she said. “It would be a letdown if we don’t give 110 percent of Veron and Jio.”

It was advantageous, Jeric chimed in, that he and Sheryl had already worked together prior to “Magkaagaw.”

“It’s all about having a good relationship with your coactor. It takes time to build trust with another actor and be comfortable. Good thing we had already worked before, which helped us going into this show. I keep that in my mind when we do intense and intimate scenes,” Jeric explained.

“If it’s your first time working together, it would be difficult,” the 28-year-old actor added.