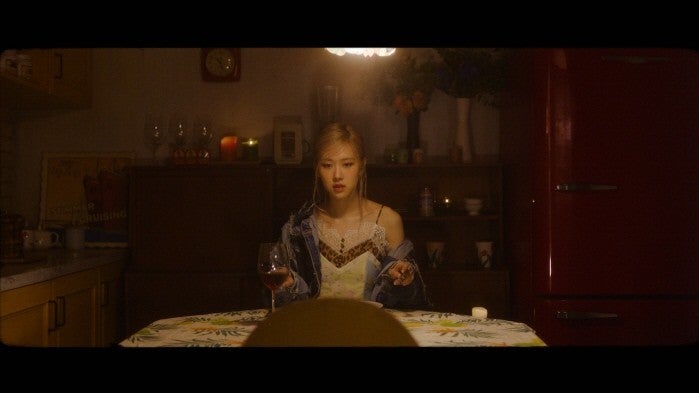 SEOUL — Rose of Blackpink’s solo debut is likely to happen very soon, according to a local media on Wednesday.

She has been signaling for a solo gig since last year and she unveiled “Gone,” thought to be the sub-title track from her upcoming own album, at the band’s first online streaming concert on Jan. 31.

Her company YG Entertainment confirmed that the musician has already finished shooting the music video for the title song from the album. It has spent one of the biggest budgets on it and the final touches are being added, said the company but did not provide specific dates yet.

She was named as one of the K-pop solo artists who could break in America in 2021, in a Forbes article published last week, along with Baekhyun (EXO and Super M), Wonho (formerly of Monsta X), J-Hope and RM (BTS).

Jennie was the first to come out with a solo song, titled “Solo,” in November 2018, sweeping across major music charts at home and abroad. The music video also recorded 600 million views on YouTube.

Read Next
Toktok delivery service introduces super affordable delivery fees
EDITORS' PICK
DOH: Too early to say COVID-19 cases are declining
Acer starts the year off strong with the Aspire Vero National Geographic Edition
Duterte praises military but slams police for poor discipline, corruption
Over 3 Million worth of prizes to be won at Smart Padala’s SENDali Manalo Promo!
COVID-19 cases surging in all regions and provinces, says DOH
The best of bayside and city living at SMDC’s Sail Residences
MOST READ
PBA gets crucial call from GAB for go signal under different setup as reboot of Governors’ Cup could come earlier
Marcos Jr. visits Cebu, stands as ‘ninong’ to mayor’s son
Djokovic has to comply with rules to go to Spain, PM says
Comelec is confident candidates will join debates, says spox
Don't miss out on the latest news and information.