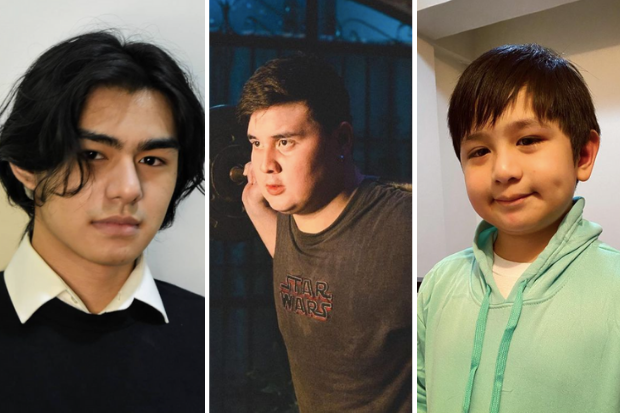 The first set of stars of the much-anticipated Philippine live-action adaptation of “Voltes V” has finally been revealed.

The company disclosed that it will be revealing more and more stars of the Mark Reyes-directed series in the coming days, as seen in a Feb. 8 Facebook post.

In the original anime, Mark Gordon is known as a master horseback rider who also pilots the Volt Bomber.

Big Bert Armstrong, meanwhile, is the group’s defense tactician and is adept at hand-to-hand combat. He pilots the Volt Panzer.

In preparation for the role, Lozano has been doing intense workouts and practicing arnis throughout the quarantine, as seen in his vlogs and social media posts.

Radson is a “Starstruck” alum, while Lozano was the champion of GMA’s “Spogify” singing contest on “Eat Bulaga” back in 2016.

Landicho’s Little Jon Armstrong is the youngest of the group and is their resident genius inventor. Landicho previously starred in several projects including “Love of My Life,” “Bihag” and “Tadhana.”

The Philippine retelling of the hit Japanese anime from the ’70s has been highly anticipated as fans, both young and old, laud the teleserye’s visual effects seen in the trailers.

In its most recent teaser, which comes almost a year after the first, “Voltes V Legacy” shows off impressive visuals as it gives fans a glimpse of the Boazanians’ invasion of the earth.  /ra