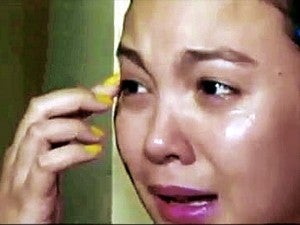 IT must be the long, hot summer, with sizzling temperatures setting records and pushing overheated people over the edge to act out their most pugilistic impulses. Or, could it be the unusually huge moonrise over our skies last week, making us all loopy and loony?

Whatever the real reason, televiewers were shocked last May 6 and 7 to see that the news shows on TV were full of literally  “breaking news” stories about combative celebrities getting on each other’s nerves and resorting to acts of violence.

In fact, the “star wars” stories were so in-your-face and played and replayed with such extended emphasis that local newscasts could have been retitled, “Bugbugan Breaking News—

From Claudine and Raymart Santiago’s group tangling with Mon Tulfo at the airport to Albie Casiño accusing Andi Eigenmann’s friends of avenging acts of assault and battery, the extended reports shocked viewers and dismayed other show business denizens, because they bared another side of the biz, which is supposed to be all about glamour and providing the public with beautiful role models for inspiring and responsible conduct.

Suits and countersuits have been filed, but the heat hasn’t subsided, because the parties involved are now trying to score pre-emptive points in the court of public opinion—no thanks to the readiness of the media for anyone and everyone to weigh in on the sensational events by way of their often subjective opinions.

Cooler heads point out that it’ll take time to sort things out and determine who really did what to whom, but the urge to instantly opine is making it difficult for that more fact-based denouement to transpire. Entertainment leaders fret that, by the time the smoke clears, it’ll be the entire show biz scene that will be sporting—and hurting from—a big blackeye.

That’s exactly the opposite of what the industry needs at this point in time, because it’s already reeling from a number of other low blows, like the extended film slump, financial reversals even in the hitherto hit TV trade, and accusations that some irresponsible productions are weakening the moral fiber of the nation’s youth.

It was bad enough when combative stars and starlets inflicted emotional and psychological pain on each other, but actual physical injuries ring alarm bells that spell big trouble.

Industry leaders need to remind viewers that many entertainers lead positive, inspiring lives, and shouldn’t be lumped together with its more disreputable denizens.

Again, no thanks to the proliferation of you-are-there video images from CCTV and cell-phone cameras, the objective viewer now has an even harder time determining the actual sequence of events, as well as the different participants’ relative culpability.

But, greater objectivity has to kick in soon, otherwise the show biz and media industries may find their stock in the eyes of the viewing and eavesdropping public plunging to a permanent low.