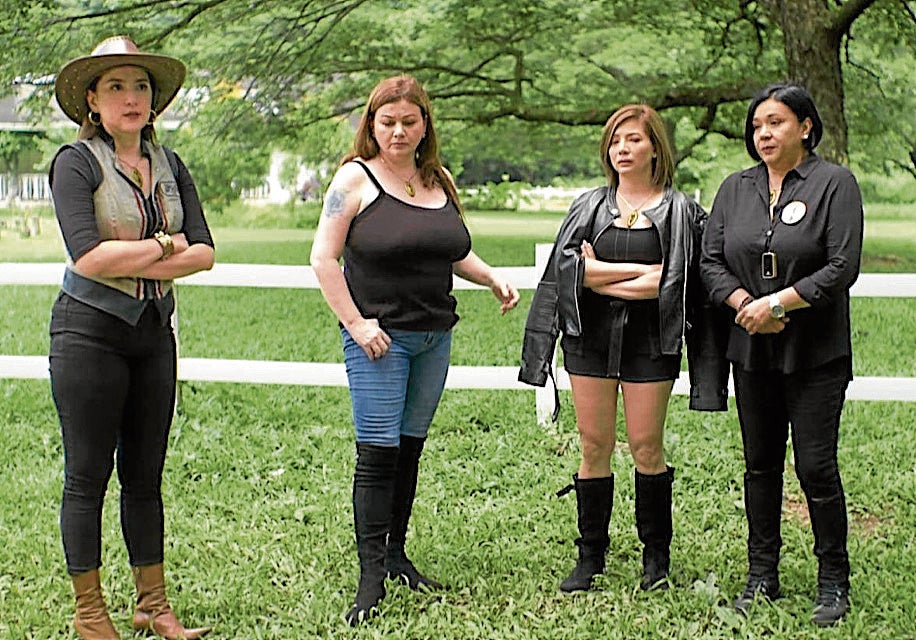 What are your thoughts on becoming “laos”?

AM: Nobody can be “sikat” forever. Time will come when you have to pass the torch. All of us stars have to be prepared for that day. Some get depressed and ask, “Sikat pa ba ako?” It’s a matter of acceptance. There’s life after show biz naman.

M: “Laos” is a word that should not be used. We are all capable of reinventing ourselves and evolving.

Any stigma during your reign in bold movies?

R: Wala daw ako alam kundi maghubad. Kaya nahirapan akong tumawid to be a serious actress. Despite that, I was able to cross over to other genres. An actress asked the staff of a show where we were both guests why a whole segment ang feature sa akin, eh sexy star lang naman ako. After my interview, I told her pointblank, “Pasensya na short lang ang interview sa ‘yo kasi panahon ko ngayon.”

AM: Some called me a “ham actress,” so that challenged me to improve my craft till I bagged an award.

M: The mom of a guy I dated was against me because she had this crazy notion that I worked in a sleazy club. 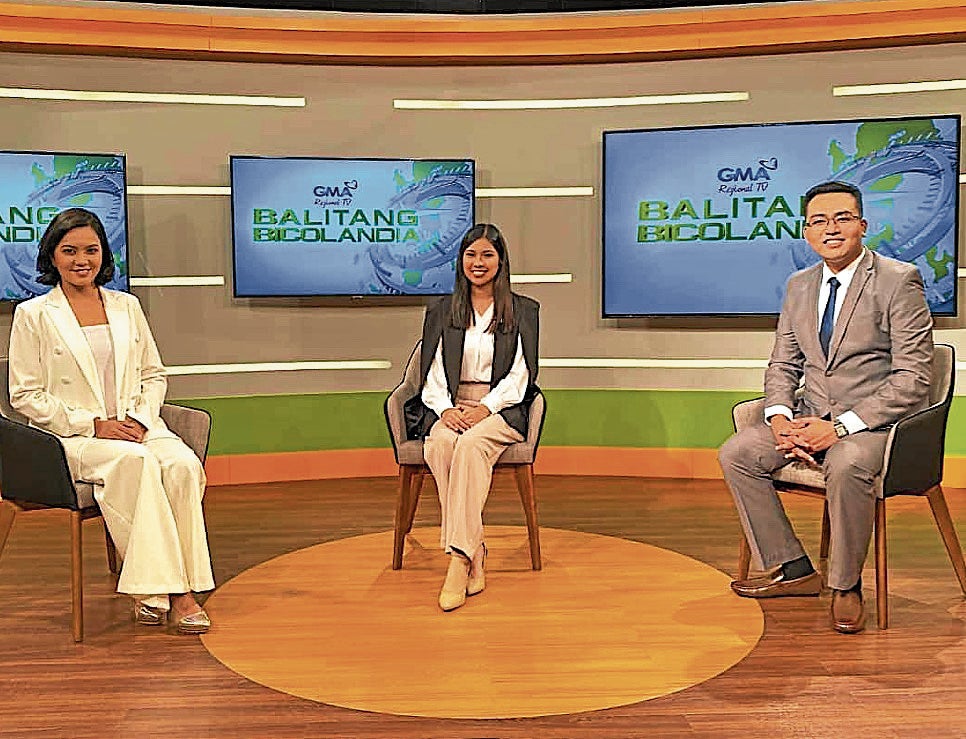 “Bicol Express” is no longer just a famous dish in “Mayon Volcano country.” Now, it can also refer to GMA Regional TV’s (GRTV) pioneering unified weekday newscast, “Balitang Bicolandia,” (BB) which airs from Monday to Friday at 5 p.m. on Kapuso Network’s channels all over the “Pili Capital.” It is anchored by Rhayne Palino, Jessie Cruzat and Katherine Henry.

“After almost two years of preparation, we are more than honored to launch our sixth flagship local newscast,” shared GRTV top honcho Oli Amoroso. “We are taking another step in carrying our #LocalNewsMatters campaign.”

Go, “Oragon” (Bicolano term for a fierce or “palaban” person).Here’s my chat with Rhayne (R), Jessie (J) and Katherine (K):

Who is your dream interviewee, and what’s one question you want to ask him/her?

K: Amal Clooney. The first thing I will ask her is “Why you?” (laughs). That’s because I have a big crush on George Clooney.

J: For Michael V., “How to be you po?” I’m amazed at how he excels in directing and acting, so I want to know how he does it.

R: Park Seo-joon. I will ask him tips on how to become an effective influencer.

What is your favorite segment in “BB” and why?

J: My segment “Deretsahan.” It’s straight to the point, punto por punto ang pagtatanong about the hottest issues. No question will be left unanswered.

R: I’m excited for my assignment to focus on the Bicolano youth and their talents. The real asset of our province is its people.

K: I look forward to my segment about agriculture, tourism and travel. I will feature other attractions. There’s more to Bicol than the Mayon, after all.

What makes the “BB” team as “Oragon,” as Bicolanos are known to be?

J: We are bold and brave. We are here to serve and give our all.

R: What could be more “Oragon” than launching our newscast amid the pandemic? We are out to show that you cannot stereotype Bicolanos.

K: Through the stories we will share, viewers will find out why we are called “Oragon.” And that’s not just because “pinagtibay na kami ng volcano eruptions.” We set aside our differences to fulfill our mission.