There’s more to the next ‘Superman’ than great looks 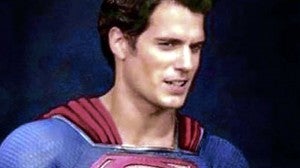 CAVILL. Gears up for superhero duties in “Man of Steel.”

DOES Henry Cavill have what it takes to wear the Man of Steel’s cape in Zack Snyder’s Superman reboot, “Man of Steel”? If you didn’t see Tarsem Singh’s “Immortals” last year, “The Cold Light of Day” (showing this week), the actioner Cavill topbills with Bruce Willis and Sigourney Weaver, has the answer—and it’s a positive one.

We’re talking about the hunky actor’s performance, not the movie, which follows the misadventures of Will (Cavill), a Wall Street trader who finds himself running all over Madrid after his family is kidnapped during a sailing trip in Spain.

In the incoherent course of the darkly photographed movie, the distraught Will learns that his father (Willis) not only has a second family in the Spanish capital, but is also revealed to be a rogue CIA operative who has possession of a contentious briefcase that contains important documents—though the movie never divulges what they are.

The action-thriller meanders all the way into its perfunctory finale—but, at least Cavill demonstrates that there’s more to him than his good looks. His acting choices are consistently spot-on, from beginning to end.

This bodes well for the upcoming big-screen “rebirth” of the DC universe’s Mightiest Superhero, which comes in the heels of the disappointing “Green Lantern.” Of course, Batman’s “Dark Knight” trilogy is in a class all its own, because the brilliant Christopher Nolan is behind it.

In striking contrast, all of Marvel’s big guns (“Iron Man,” “Captain America,” “Thor,” “X-Men,” “Fantastic Four” and “Spider-Man”) have come up with one critically acclaimed blockbuster after another, the latest being Joss Whedon’s “The Avengers,” which is currently breaking box-office records around the world.

In Snyder’s “Man of Steel,” Kal-El, a child from the dying planet, Krypton, is sent to Earth and is adopted by a kind couple in Kansas. When he grows up, he poses as a journalist as he uses his extraordinary powers to protect his new home from its power-hungry enemies.

What’s so special about the new “Superman” movie? Its casting: If Christopher Reeve had Marlon Brando portraying his Kryptonian father, Jor-El, the formidable Russell Crowe essays the coveted role in Cavill’s starrer!