Sean Murray on how US TV’s No. 1 ‘most-watched entertainment series’ keeps itself relevant 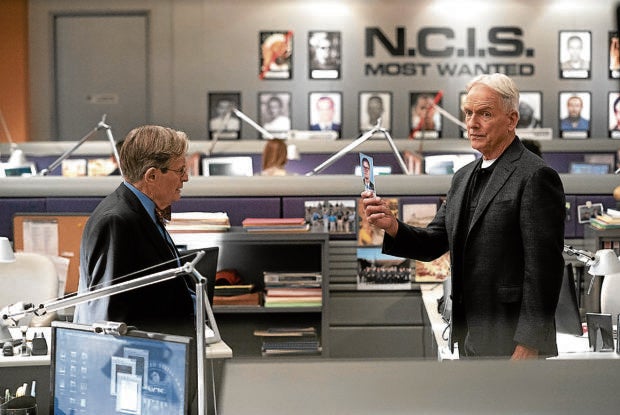 If you’re having difficulty making heads or tails of the staying power of the five-year-old Filipino action series “Ang Probinsyano,” perhaps it’d be more instructive for you to emerge from under a rock and check out an American police procedural series that actually gets the crime-solving job done. CBS’ “NCIS,” whose 18th season premieres at 10 p.m. on Fox today, isn’t just the second longest-running scripted, nonanimated series currently airing on US primetime TV (surpassed only by “Law & Order: Special Victims Unit”), it has also recaptured the “most-watched entertainment series” crown in 2020, based on its total number of viewers (15.3 million).

The NFL coverage aside, the other TV series on the top 12 “most-watched” list released by Variety are, in this order, “FBI,” “Blue Bloods,” “Chicago Fire,” “This Is Us,” “Young Sheldon,” “Chicago PD,” “Chicago Med” and “The Good Doctor.”

That’s no mean feat for a show that was just spun-off from the legal drama series “Jag” in 2003, then worked its way up from initially poor-to-middling ratings that barely cracked the top 30 in its first two seasons.

In the middle of May last year, just at the start of the lockdowns, the show was renewed for its 18th season—although filming had to be temporarily put off for approximately six months while Hollywood was figuring out how to circumvent a virus that was unabashedly rearing its ugly head and expanding its reach across the globe. 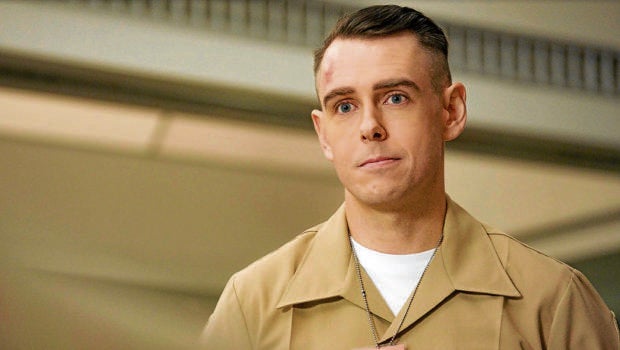 But life must go on—as does the show.

In this Philippine exclusive, we spoke to series regular Sean Murray, who is one of only three actors in the series who has appeared in all 18 seasons since the show took its bow in 2003. Now 43 years old, Sean was only 25 the first time he appeared as case agent Timothy “Tim” McGee in Episode 7 (“Sub Rosa”) of the pilot season.

The other two are lead actor-producer Mark Harmon, who plays 66-year-old Leroy Jethro Gibbs, leader of the team at NCIS (Naval Criminal Investigative Service), and David McCallum, who portrays chief medical examiner-turned-NCIS historian Dr. Donald “Ducky” Mallard. Other cast members include Maria Bello (as Dr. Jacqueline “Jack” Sloane), Wilmer Valderrama (Nicholas Torres), Emily Wickersham (Ellie Bishop), Brian Dietzen (Jimmy Palmer), Rocky Carroll (Leon Vance) and Diona Reasonover (Kasie Hines).But there’s another reason why the show is in a celebratory mood: With the release of Episode 2 (“Everything Starts Somewhere”) of Season 18, the show marks its 400th episode! The said episode revisits Gibbs as a troubled and indecisive young man, played in the flashbacks by—hold your breath—Mark’s 32-year-old son, Sean. Talk about coming full circle…Interestingly, the long journey from there to here had Sean Murray reflecting about McGee’s evolution and growth as a character. We asked him: If you play the same character for close to two decades, does the character become the actor portraying him, or is it the other way around? 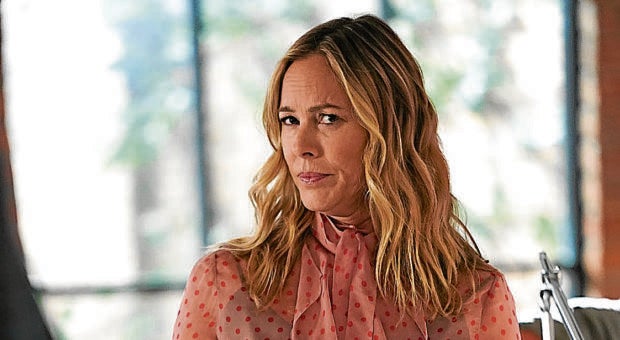 “It’s a bit of both,” the 6’1” tall actor mused. “The characters have very much evolved over the years—mine probably more than the others. We’ve seen McGee go from rookie agent on the NCIS team to one who’s deleting cases and doing all kinds of things he didn’t know he could do.

“To me, it’s not just professionally, but also personally: Meeting a woman, getting married, having kids and becoming a father—I mean, the growth for me has been amazing. I’ve always pushed for growth.”

Sean has two kids with Carrie James, whom he married in 2005.

The actor added, “I remember talking to the writers, and saying something along the lines of, ‘I don’t want to be like baby Maggie Simpson—every week, you just reset and you’re baby Maggie all over again, never aging. 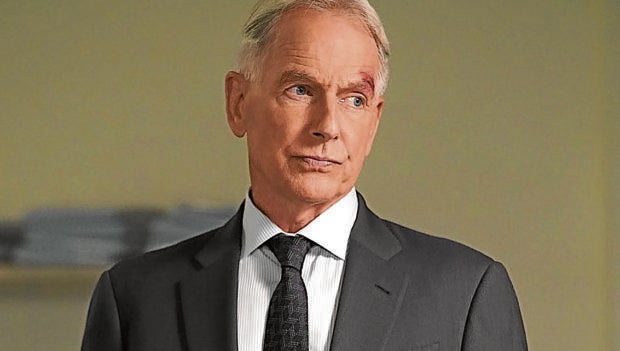 “Growing makes it much more fun as a performer and it keeps you much more interested with what you’re doing. You grow with the audience at the same time. Parts of you bleed into the character, and parts of the character bleeds into you. That’s 18 years—time flies by, but it only feels like eight (laughs)!”

Our Q&A with Sean:

The past year has been full of uncertainty. How much did it mean to you to go right back to work and give “NCIS” fans some sense of normality?

It meant a lot. I mean, it was important to have a very safe work environment put in place for us to do our thing but, just like everyone else, we were very antsy about being cut short just like that. We wanted to get back to work, but we were also itching to see each other again. We’re a family at work. We love each other. So, when we’re not together for six months, it just feels weird. We’re not used to it. Usually, we just take two and a half months off in the summer. So, not seeing one another that long felt very strange.

What keeps you going? After 400 episodes, how do you keep the show exciting and sustain the element of surprise?

It’s funny because it doesn’t feel like it’s been 400 episodes already. I’ve never gotten the feeling of it being slow or labored. It has always felt like we’re moving and going forward, maybe because we’re having fun and we all get along.

You know, I’ve done every kind of show. I’ve been working since I was 12. I’ve been on 50 different sets, so we know what we have here is a good thing. I don’t mean that in terms of ratings or any of that bullsh*t. I mean, it’s a nice place to work, and we care about what we do. 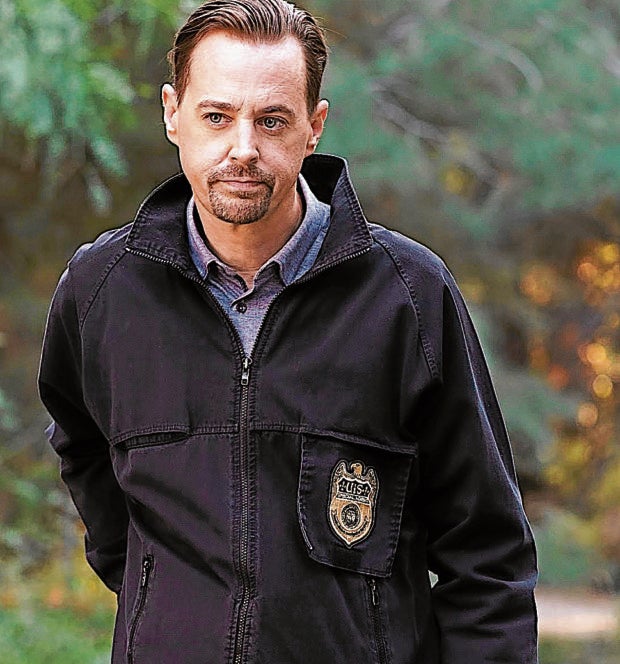 NCIS has been named yet again the “most-watched show” on network TV. How do you feel about that?

It’s insane. You know how it is in this business, especially for actors. You go from job to job to job, and you’re lucky if that show goes on for a year. So, it’s amazing to get to do a show that just jells. A lot of people in my line of work don’t get to do that, so I know what a special thing this is.

What did you think of the flashbacks utilized this season? Is it an option so as not to talk about the world in a pandemic?

I don’t think that’s necessarily what we’re doing. Some of that [addressing the pandemic] could still happen down the road. We just kind of stepped back a number of months, and we’ll catch back up in due time.

Can you talk about your own relationship with Mark Harmon? What will viewers discover about McGee this season?

The relationship between McGee and Gibbs has always been like that of a father-son thing, but we’ll be exploring that quite a bit and see how that’s changed and grown.

As for Mark, he’s a mentor and one of my best friends. One of the best work partners I’ve ever had. He means a tremendous amount to me. He’s got these qualities of a leader that have made the show what it is today. He’s our quarterback.

To stay relevant, will upcoming episodes of the current season reflect the state of the world today?

The fact that there’s a pandemic happening in the world, I think it would be irresponsible for us if we did not show that in any way. We can’t just act like it never happened, you know? Everyone on the show has his opinion about that, if we have to address it at all.

At some point, perhaps. I wouldn’t say we should dwell on it in any way. But it’s become part of real life, and you’ve got to take these things into account. Personally, I’d rather do that than pull a “Sex and the City” and act like nothing has ever happened, you know what I mean? INQ