For the love of (big) cats

8-time Emmy-winning couple Beverly and Dereck Joubert on breeding wildlife in captivity, working with Jeremy Irons and why we should avoid films like ‘Tiger King’
By: Rito P. Asilo - Entertainment Editor
Philippine Daily Inquirer / 12:05 AM January 25, 2021 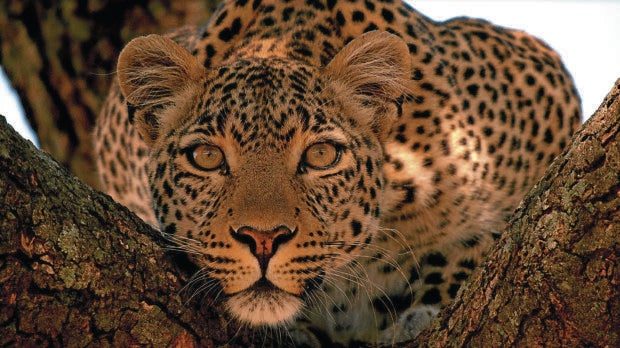 There’s zero justification for breeding wildlife in captivity.” That’s wildlife filmmaker Dereck Joubert speaking with convincing vehemence during our recent video chat with him and his lovely wife Beverly to talk about “Jade Eyed Leopard,” the splashy kickoff film (at 8:30 tonight on National Geographic Wild) for its 10th annual Big Cat Week.

Dereck knows whereof he speaks. With more than 40 films under his and Beverly’s belts, eight Emmy awards and a Peabody, we can’t think of anything more credible than the duo’s informed opinions about wildlife protection and conservation.

“There’s none whatsoever,” Dereck stressed again when we asked what his thoughts were about the aforesaid issue. “All the big problems that we’ve had over the last 100 years—be it the coronavirus, SARS or Mad Cow Disease—have come from that very hostile interface between humans and animals in captivity, whether it’s a pangolin, bat, tiger, bear or pig. We have to be very careful going forward about breeding animals in captivity, whether for consumption or reproduction.”

The Jouberts’ advocacies are equal-opportunity endeavors: Their Great Plains Foundation employs about 660 people and manages over a million acres of wild lands. They’re also behind Rhinos Without Borders, whose mandate is to relocate 100 rhinos from high-risk poaching areas in South Africa to undisclosed places of safety. For Bev and Dereck, it’s a case of putting their money where their mouths are.

We asked the couple about initiatives being undertaken to hold abusive zookeepers and private owners accountable for the deplorable conditions captive wild cats are subjected to.

“It’s all part of what we do—to speak out about this at all times,” Beverly chimed in. “The Big Cat Initiative, an undertaking that aims to slow down the rapid decline of big cats around the world, protects wildlife and encourages people to focus on animals in the wild, [because] breeding them in zoos isn’t the answer.

“If we don’t protect the wilderness, we won’t be able to protect the other top predators and every other species living in those vast tracts of lands. But there are individual NGOs that focus predominantly on what’s happening to tigers.”

Here’s how the public can support this endeavor, Dereck stated: “We’ve all got to make a conscious effort to not support these facilities. In the case of the Netflix series, ‘Tiger King,’ you’re giving it power and strength by watching a show that propagates this negativity—and we should not! But many people are addicted to it. We should get the animals out of those cages and keep them in the wild, because they deserve our respect and the dignity and grace of being our fellow creatures on this planet.”

“Jade Eyed Leopard” is a gorgeously shot coming-of-age tale about Toto (which means “small” in Swahili), a majestic leopard with bright, aquamarine eyes who was born under a safari camp tent in a preserved savannah in Maasai Mara in Kenya. 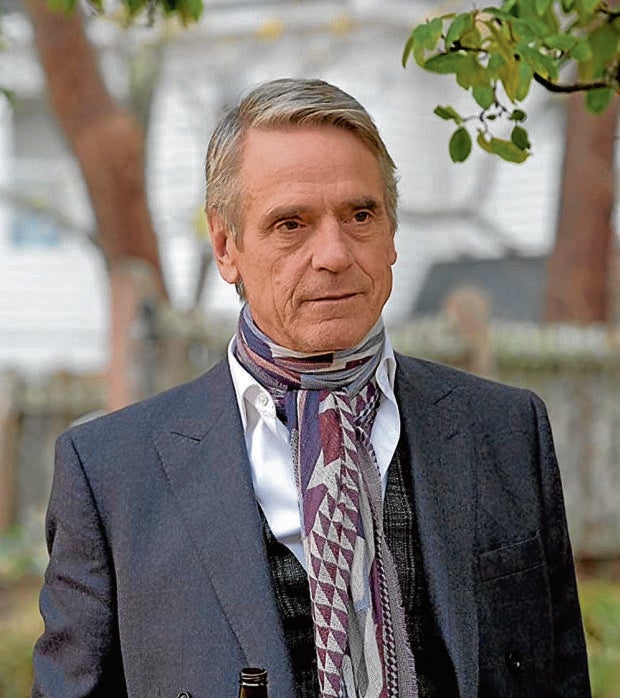 Shot in pristine 4K and in rarely utilized thermal night-vision technology, the film is narrated by Oscar-winning actor Jeremy Irons (“Reversal of Fortune”), who won one of his three Emmys for narrating the Jouberts’ “Game of Lions” episode for the 2013 docuseries, “Big Cat Week.”

The film follows the first three years in the life of the feline as she learns the fundamental skills of survival and makes her passage to adulthood.

Our Q&A with Dereck and Beverly:

How different was planning for “Jade Eyed Leopard” compared to those of your award-winning films, “Reflections on Elephants” and “Eye of the Leopard”?

Dereck Joubert (DJ): We prepare for many of our other films, so we knew what we were going to do. From plotting to research, we understood what our first, second and third acts would be.

But in “Jade Eyed Leopard’s” case, we couldn’t predict when this baby leopard would be born. The minute that happened under a tent, it caught us off-guard! You’ve just got to think on your feet and go along for her coming-of-age journey.

It took you three years to pursue Toto’s story. When did you know you’ve had enough footage for the story?

Beverly Joubert (BJ): That’s always the hardest for us—in fact, we never wanted it to end, especially because we were having such a wonderful time and had established connection with the character. We feel like we’re part of the family. But there came a time when we ran into a unique scene and realized she had come of age.

We were there just a couple of weeks ago, just to see her and her mother, Fig. And so, it’s just lovely to see what’s happening in their world and learn from the [level of] success we’ve had in protecting them.

What were your biggest challenges for this particular project?

DJ: The biggest challenge was the decision to move on to the next project. And there was a flood that smashed down the tent where Toto was. We didn’t think we were going to see them again after that.

For the leopard, there are so many threats—like hyenas … and people. So, you don’t know if the leopard you’ve fallen in love with would still be there on your next visit. 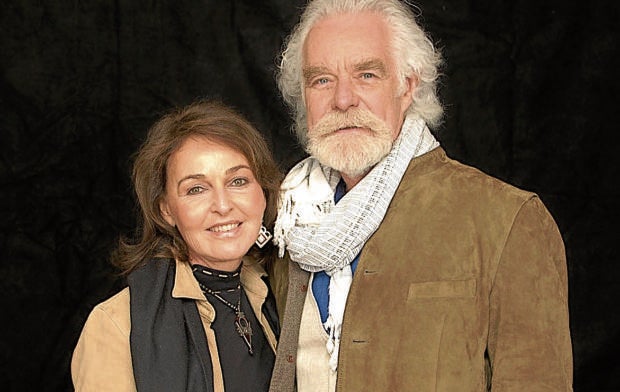 BJ: That area had 200 days of rainfall, so that was a challenge on its own. The rising rivers created very destructive floods that took everything in its path, including our vehicle, tents, camera gear. It was a challenge just to stay dry and stay high enough.

For “Jade Eyed Leopard,” part of the lure is Jeremy Irons narrating in the background. How did you navigate your collaboration with him?

DJ: We’ve done seven films with Jeremy, and he’s a friend of ours. In the very first film, there was a bit of tension between his vision for the narration and the script I had written.

But Jerry is a consummate professional. He walks into the studio having an opinion about something, and if Beverly or I say, ‘No, I want you to do it the other way,’ he switches immediately. He’s the perfect director’s actor, because he does exactly what you want him to do once he’s made his case.

BJ: He delivers an intelligent read because he understands the story. And if he doesn’t understand it, then he talks to us. He is the ultimate storyteller, and of course his voice just commands that respect, because it just has so much gravitas.

Has the pandemic affected the conservation efforts?

BJ: Absolutely. You could look at it as almost like a second pandemic because of what’s happening in pretty much the whole of Africa, with criminals engaging in nefarious activities like laying snares, poaching and selling the bushmeat.

The bushmeat trade is not because people are starving. It started way before the pandemic. But, what we’re seeing is an escalation of the situation. We’ve created a project called Project Ranger, to see how many Rangers we can get to protect these areas, as well as assist communities in surviving the pandemic.

Where are you based? And how have your films evolved after making more than 40 films?

DJ: We’re nomads, so we’ll spend some time in South Africa—in Kenya and Botswana. Then, we go to Washington every now and then.

In retrospect, the way our films have evolved could probably be categorized into three acts: First was when we started going to these wild places and creating films that were celebrations of those experiences.

The second phase of our lives was when we wanted to dig deeper. We wanted to look into the eyes of these animals, understand what’s behind them and let their real personalities shine through.

The third phase is now. We continue to be amazed by them, but now we understand that there’s a clock ticking, and if we don’t speak out on their behalf, they will all disappear! We have become bigger advocates for the animals that we serve, understand and celebrate. INQ

Read Next
Daryl Ong feeling pressured to keep up with younger artists
EDITORS' PICK
Every Filipino home can now be a smart home with realme TechLife
PLDT Home Prepaid WiFi customers now under the care of Smart
Nestlé Philippines’ ‘NESCAFÉ Plan’ bags Grand Anvil at PRSP 56th Anvil Awards
Wesley So officially a US citizen
‘Pilgrim of peace’ Pope Francis heads to war-scarred Iraq
WHO: Arrival of vaccines in PH ‘a powerful step’ towards economic recovery, normalcy
MOST READ
Kris Aquino dispels rumors on son Josh getting married, thanks Ogie Diaz for defending him
Wesley So officially a US citizen
Ginebra trades Slaughter to NorthPort for Standhardinger
LTO’s P500-M deal for screws draws scrutiny
Don't miss out on the latest news and information.