Rita Avila gears up for face-slapping matches with Maricel Soriano 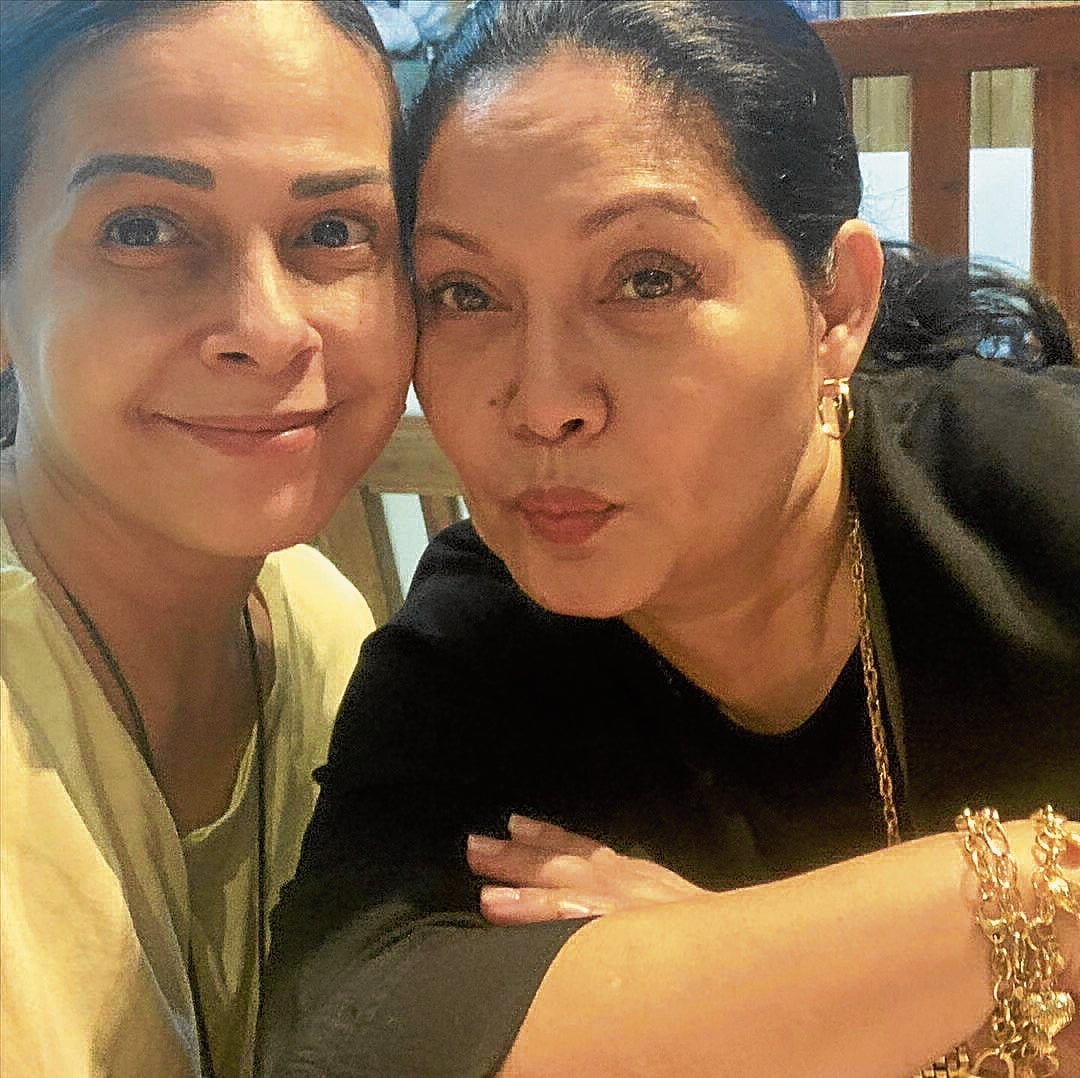 “Yes, there will be a lot of catfights with Maricel. I guess it’s because we’re of the same height and we can easily reach for each other’s cheeks and hair,” she recently told reporters during a virtual chat. “It’s an honor to be working with Maricel. She may be known as the ‘Taray Queen,’ but she has shown me nothing but kindness since we first worked together in this business.”

Rita recalled the first time they met. “I was a newcomer then. I appeared in her show ‘Maricel Drama Special’ as a guest. When she learned that we would be working together on that day, she told everyone on the set, ‘You should have told me it was Rita. I would have brought clothes and accessories that she could use for the shoot;’ and then she turned to me to say, ‘It’s OK. You can use this ring as a costume,’” the actress reminisced.

The actress said her eyes bulged at the size of Maricel’s diamond ring. “Maricel’s gesture actually made me feel more nervous. I told my yaya, ‘Never mind if my face is oily or my hair is a mess. I just want you to keep staring at this ring to make sure I don’t lose it.’”

She added: “Fast forward to the present; when I learned that Maricel would be my character’s archnemesis in the show, I was happy. I consider her a good friend. She’s always been kind to me. She’s a professional. I know we will be able to correctly read each other’s minds as coactors.”

She also admitted that there had been offers for her to join another teleserye in a rival TV network, “but I said ‘yes’ to this program without blinking an eye because it’s the No. 1 teleserye today.” Although she didn’t say it, another factor could also be that her husband, FM Reyes, is codirecting the series.

During the virtual media conference, FM clarified that most of Rita’s scenes would be handled by his codirector, Avel Sungpoco.

“Rita knows that I’m a strict director. She also knows that I don’t give her special treatment just because she’s my wife,” FM pointed out. “In fact, I require more from her. She is aware of how difficult work is for people like us in the production team. She understands the demands of working behind the camera. That’s why, when something is needed on the set, it’s not usual for her to come rushing to help.”

As an actor, one thing that FM appreciated about Rita was that, “she is quiet, intelligent and a deep thinker. When given instructions, she’s not the type who gives you affirmation; sometimes, she won’t even give you a nod. You’d wonder if she really got it. You’d just be surprised during the take because you’d see that she was able to do it.”

Rita is also respectful, declared FM. “She isn’t the type who would throw her weight around the set because I’m the director. At work, we’re not a couple. We make that known to everybody,” he added.