They said what? Best celebrity quotes of 2020 (Conclusion)

In the conclusion of our two-part year-ender piece, we continue to revisit some of our most memorable celebrity interviews in 2020, conducted since the lockdown in March. 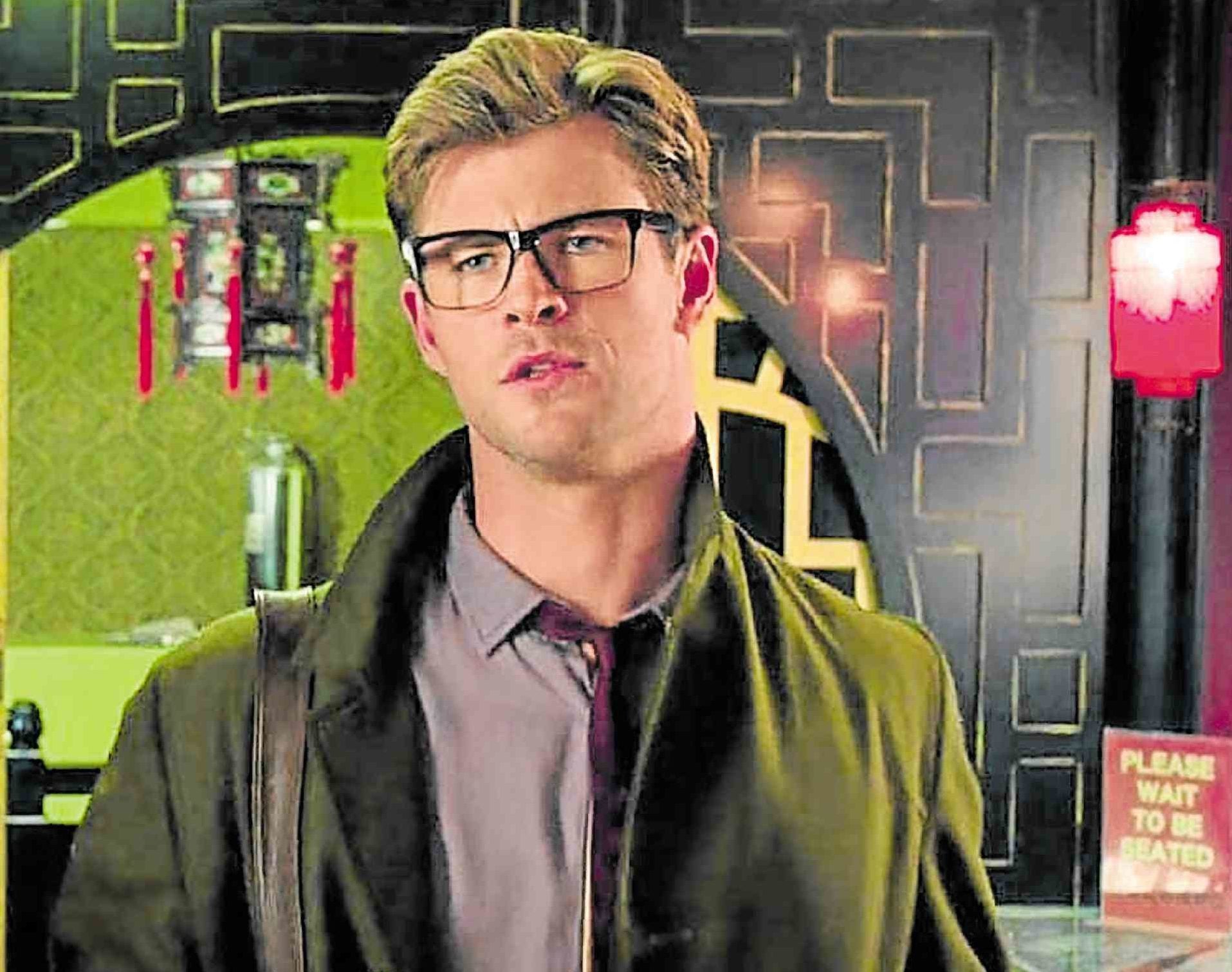 “The action and dramatic moments of a film have to inform each other,” Chris Hemsworth explained to us when we interviewed him for “Extraction.” “It’s a fine dance between emotional scenes and having incredible action, where you’re invested in it because it’s unique and visually exciting. Then, you sort of pull the brakes a little bit and do something different in order to have people be continually engaged in the story as you reveal new things about the characters.”

“With the pandemic and the ensuing lockdowns, what’s been interesting to note is how people have been feeling so oppressed by the restrictions,” Jospeh Morgan mused as he discussed the themes of “Brave New World.” “We’ve realized that there are practices in our society that don’t work for us anymore.

“Take the Black Lives Matter movement. That came from years and years of oppression, but I feel like it also rode the wave of the feeling of being trapped by this pandemic. It brought everything to a head when those terrible acts were [committed] by the police, which have been going on for many years. So, when they happened again under these circumstances, people were ready to take action.” 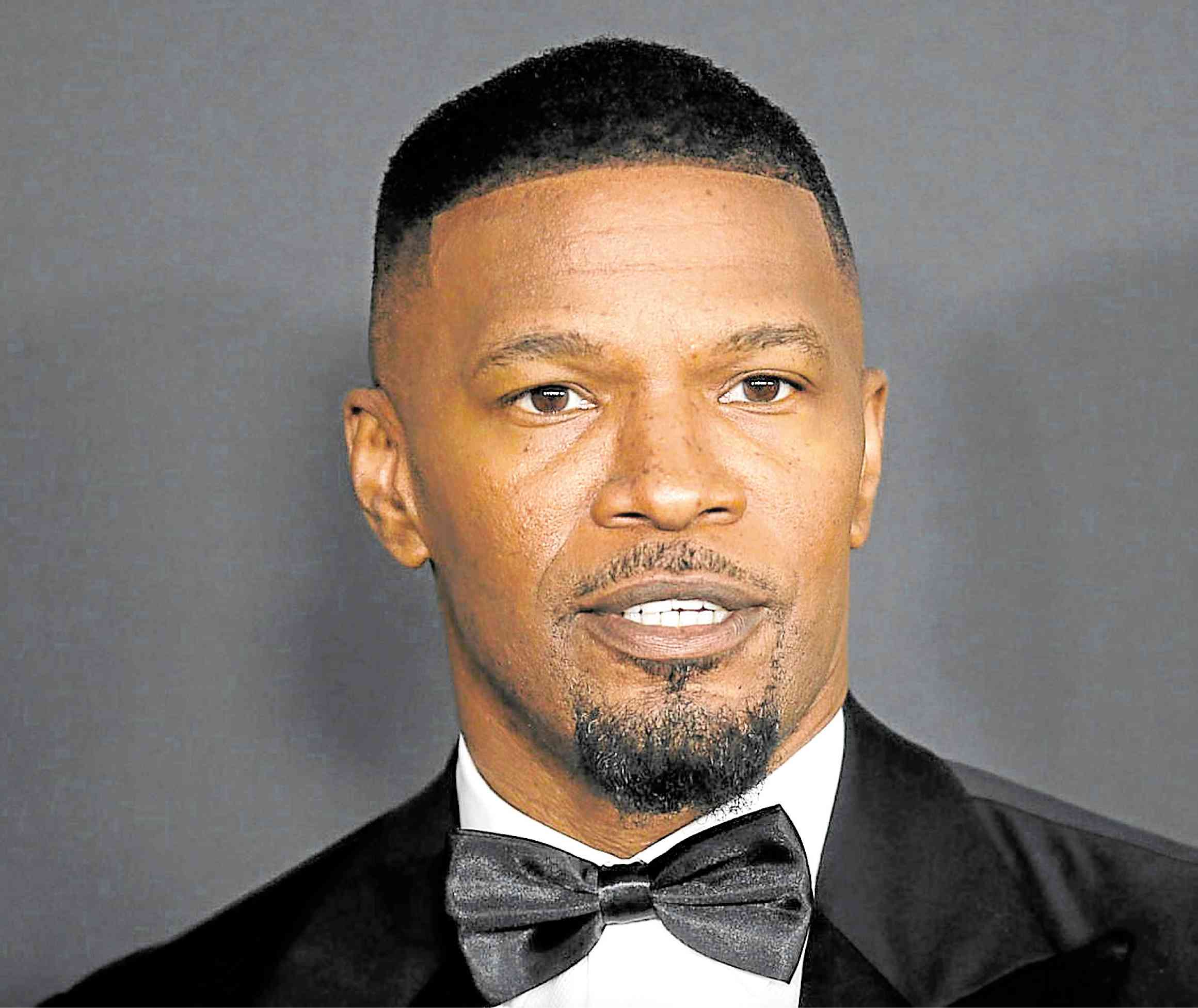 Jamie Foxx on people in positions of power

“If you look at people who are at the top of the power chain, you wonder what they’re going to use their powers for,” Jamie Foxx said. “Will they use it to help humanity or break it in half? In my case, if power comes to me, I’d … use it to spread love around the world!”

Jack Bannon’s definition of a ‘superhero’

“Though Alfred Pennyworth has no powers, he’s just as much of a hero because Batman wouldn’t be around without his guidance,” Jack Bannon said when asked to describe Bruce Wayne’s future butler, whom he portrays in “Pennyworth.” “In fact, in the coronavirus world that we live in, superheroes are constantly being redefined by the people who keep us safe—from the health-care professionals and scientists, to the delivery drivers who were once considered just ‘ordinary people.’ Now they’re considered ‘essential.’ Like Alfred, a superhero is an ordinary guy with extraordinary ability to help others.” 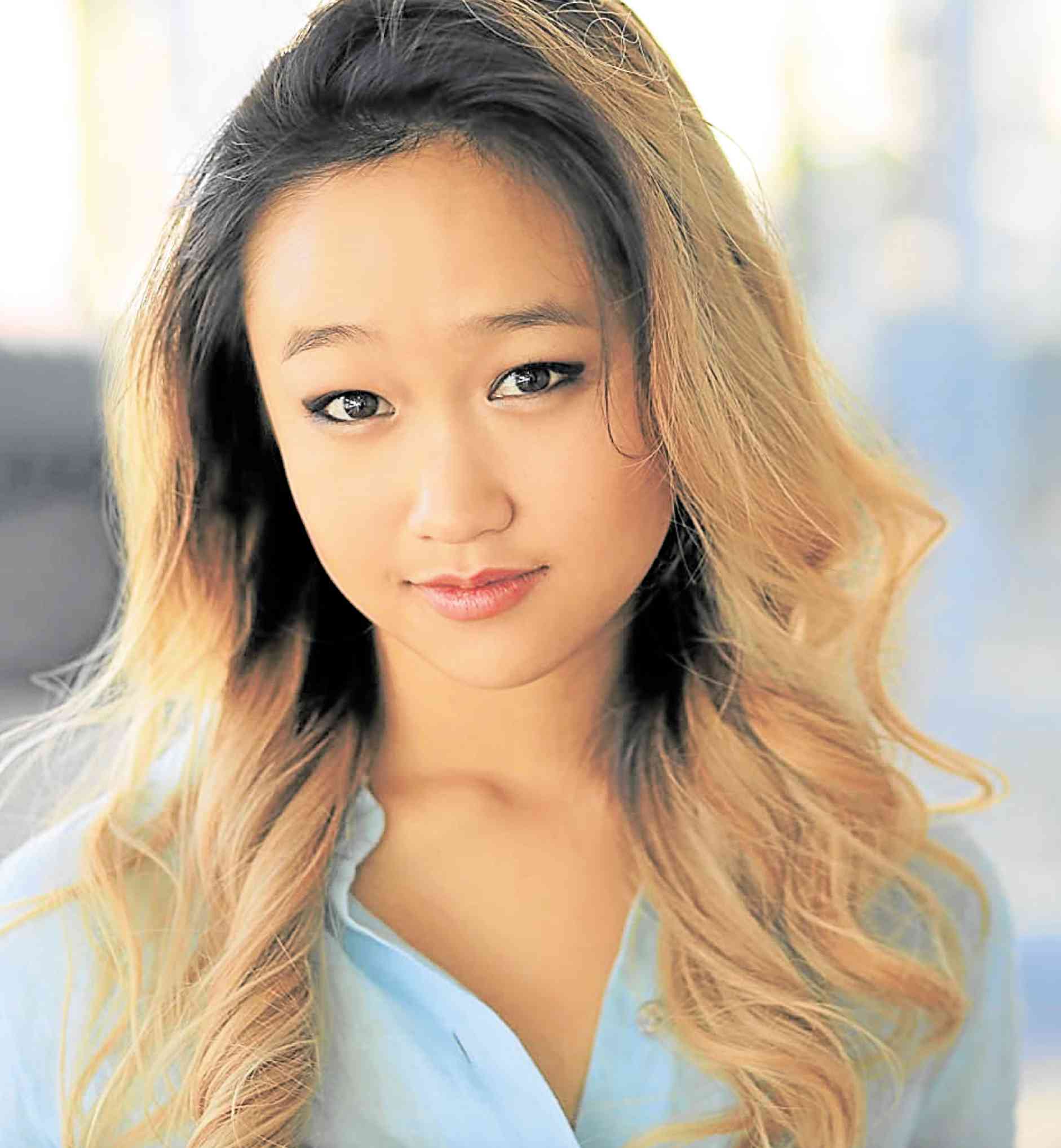 Cathy Ang on her Pinoy heritage

“Over the Moon” lead voice actress Cathy Ang has vivid recollections of growing up in a Fil-Am family. “When I was little, we would actually go to the Philippines and see a lot of extended family there during Christmas,” she shared. “I wish that I could go back to the Philippines now. After making this film, I realized how important it is to revisit your roots.

“This experience has also encouraged me to talk more to my parents about heritage and traditions. I’m so thankful to them now, way more than when I was growing up, for sharing their culture with me and making sure I would grow up a proud Filipina.”

Cynthia Nixon on the dangers of suppressing sexuality

“People who want to kill parts of themselves are never going to succeed,” Cynthia Nixon said when asked about some of her self-realizations. “If there is a part of you that you don’t like, the only way to deal with it is to accept it and embrace it. Then, look at it in the light of day and reevaluate. See what can be done. Don’t try to shut it down.” 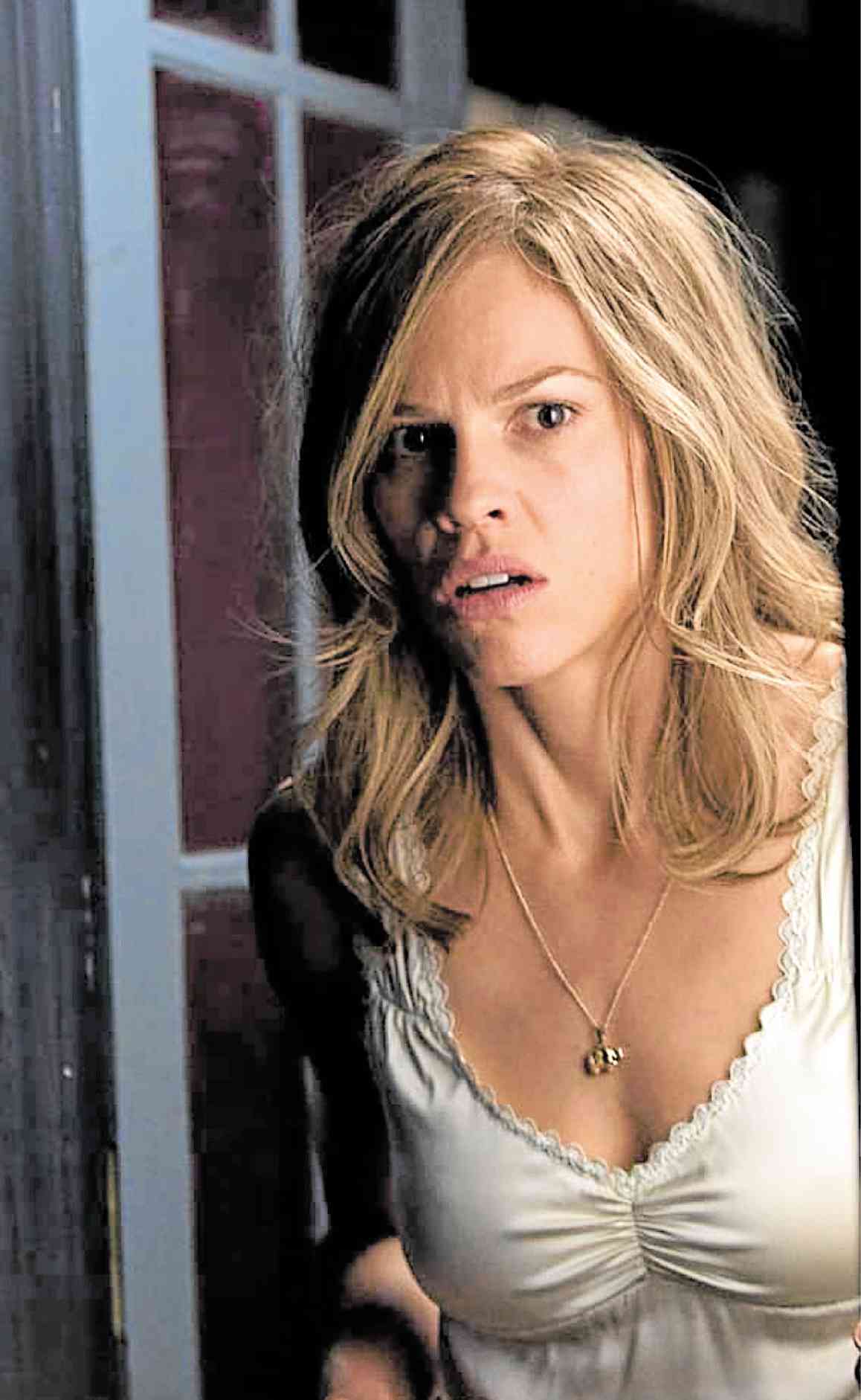 Hilary Swank on growing up an outsider

When we asked Oscar-winning actress Hilary Swank if she ever felt like she didn’t belong, she said, “We’ve all experienced the feeling of being an outsider. And that, in my case, was when I was a young girl growing up in a lower socioeconomic background. That was not considered being on the ‘right side of the tracks,’ as they say. And it’s a very lonely feeling. But it is what it is. It helped shaped who I am today—it fueled my fire to persevere and never give up.”

“It was certainly a challenge, without a doubt—and it isn’t something that any of us [cast members] have come to terms with so far,” the handsome British actor said. “It was nonetheless a great experience to have on one’s belt. What’s important is the fact that there was a thorough support network in place for us.”

“It’s really funny because when I first started working in this business, my first assignments were in musicals that were fully sang-through,” Phillipa Soo (“Hamilton,” “Over the Moon”) told us, laughing. “After that, I had an opportunity to do plays. I thought to myself, ‘Oh my gosh, do I know how to talk (laughs)?’ Of course I did. But what’s great is that there’s a musicality in me that makes me hear music in a lot of the dialogue.

“In a musical, you know the tempo, and the energy is set for you. But when you’re acting in a play or film that does not have music, you know you are the tempo … you’re in charge of following it and finding the musicality within it.”

Derek Mears, known for playing Jason Voorhees in ‘Friday the 13th,’ on finding humanity in monstrosity

“Letting that monster out of the cage is a lot of fun,” Derek Mears pointed out after he was asked how he breathed creepy life into the rogues’ gallery he’s associated with onscreen. “It sounds weird, but with me being 6’5” tall, 230 pounds and looking like a murderer (laughs), I try to go out of my way to make people feel comfortable and happy. So, when I get to play these villains, I first find the humanity lurking underneath, because no villain ever sees himself as one.” 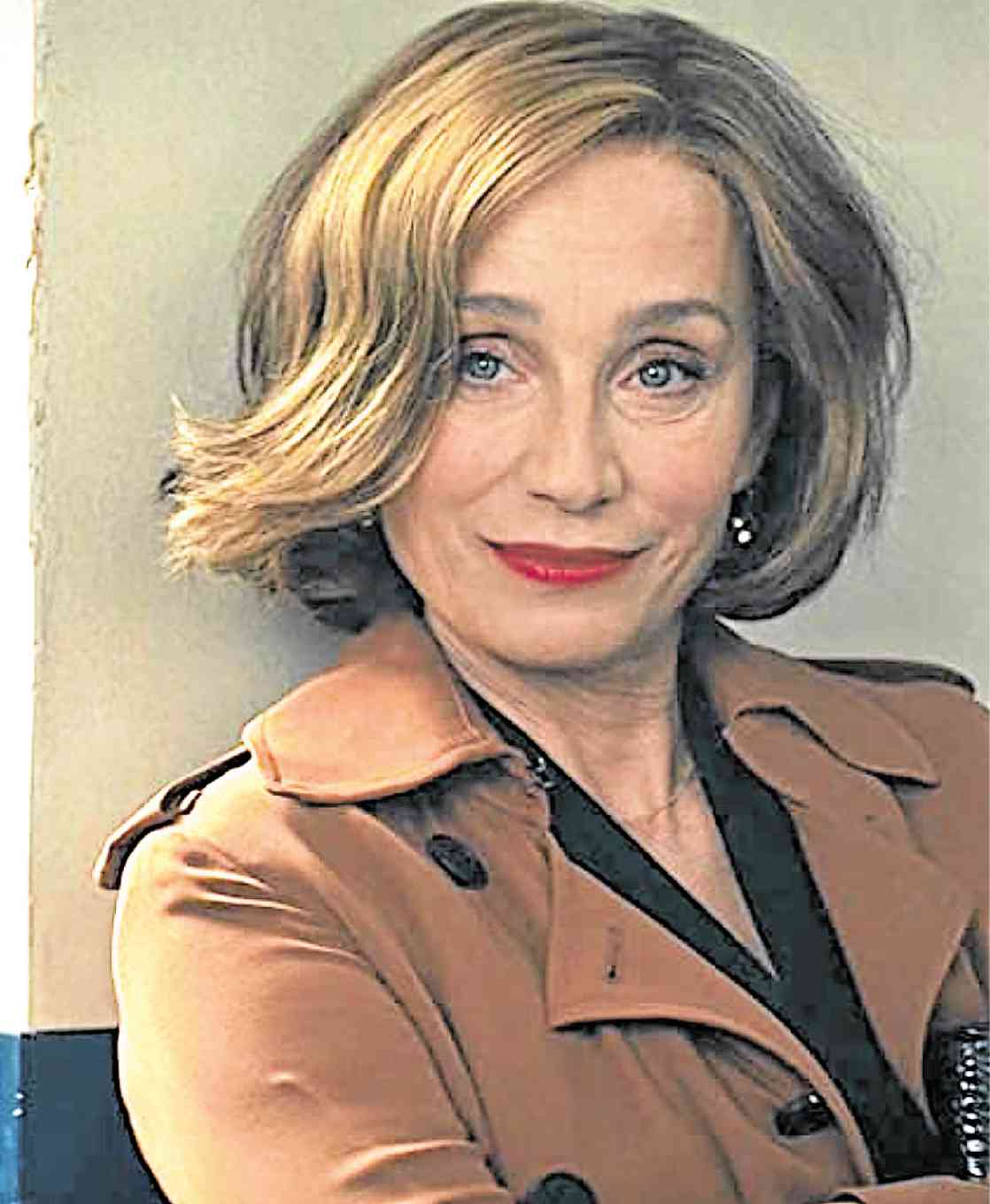 “He [Prince] was an extraordinary person,” Kristin recalled. “Well, I hope I’ve evolved enough because I’m not particularly proud of my performance in that film (‘Under the Cherry Moon’). But he was really the first person to give me my first job as an actress in a film … He saw something that no one else saw—and didn’t see for a while.

“So, I am eternally grateful for what he did. I think he was proud of me. He had a certain pride in having been the first person to give me a job—and that makes me proud, as well. We were only 23 when we made that movie. You know, life is an endless adventure.” 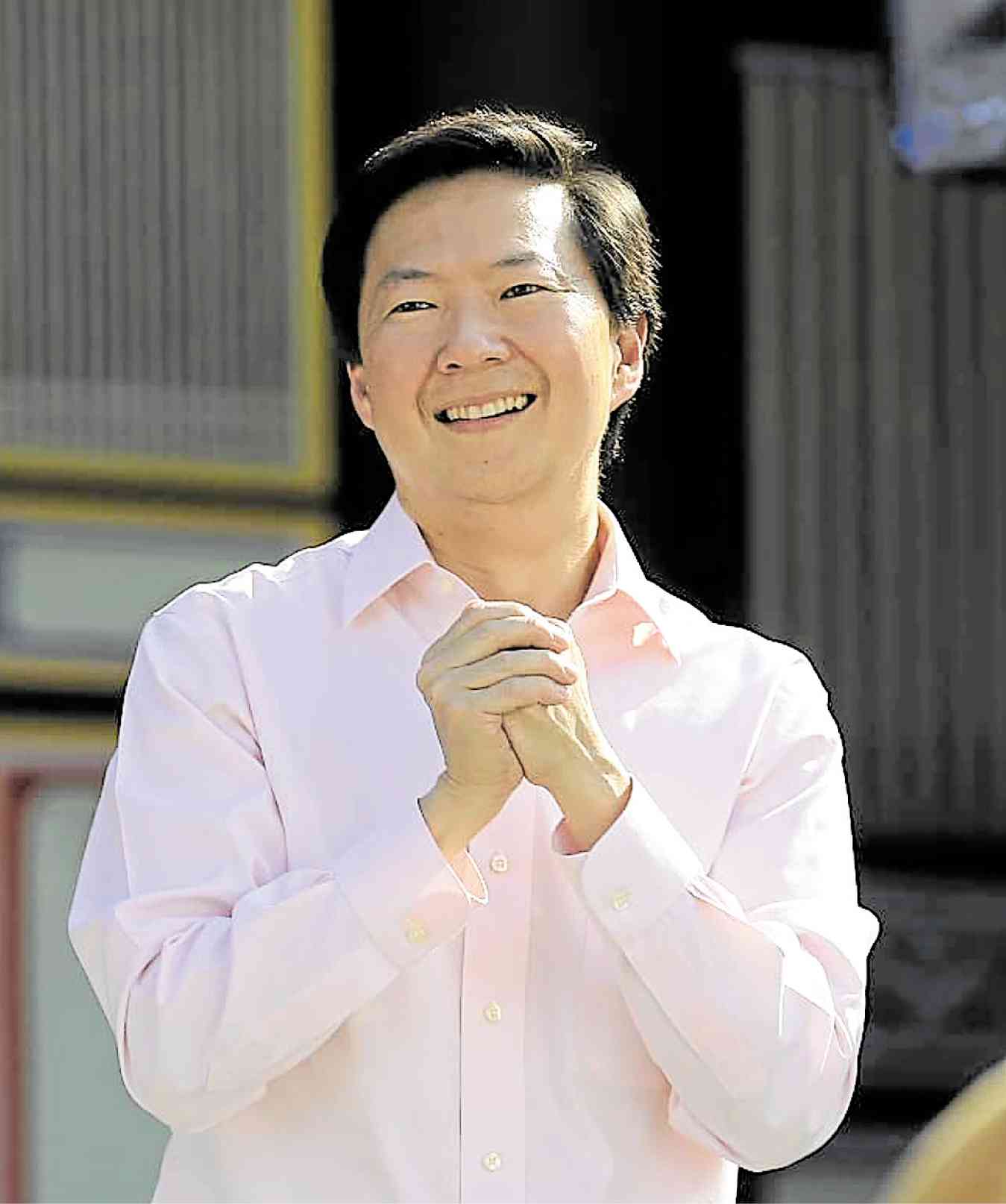 “I have many Asian American friends in the business who I want to continue working with, whether on camera or off,” said Ken Jeong when asked about his working preferences. “We’re always talking about ways to work together, because I believe that putting up a unified front and having as many Asian Americans as possible at work just makes it more normal and habitual. I’m driven to show that it’s no longer just ‘a thing’ anymore.”

“Technology has the ability to harm or help people,” Joseph Gordon-Levitt said, explaining to us why he considers his superhero film “Project Power” as a metaphor for technology. “It’s up to us to decide how to use it.”

Sullivan Stapleton on his near-death experience in Thailand

“It obviously changed me a lot,” mused Sullivan Stapleton after we asked him how the ‘tuktuk’ accident in Thailand that almost killed him changed his views in life. “After surviving a life-or-death situation like that, you start to value life a lot more. You realize that no matter how tough you think you are, you can get hurt. I ended up embracing life a little more. I’m glad I’m still here.”