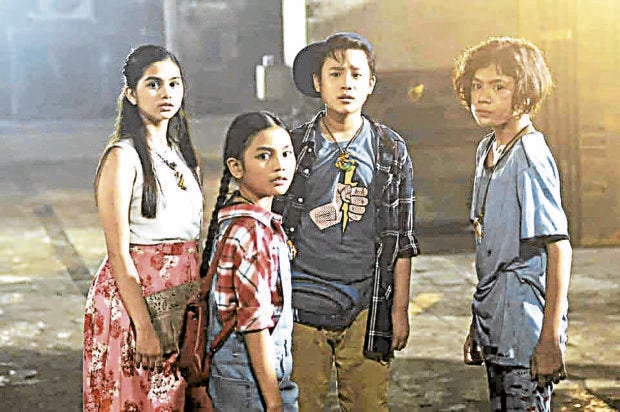 It has slowed us down a little,” said director Lore Reyes, one of the producers of the fantasy-adventure film “Magikland,” when asked how the death of coproducer Peque Gallaga affected the movie’s production.

“We lost a loved one—we’re like a family on the set—so this was naturally also a cause of delay. But when Peque died, we were almost done with the film, except for a few CGIs and special effects,” Reyes told Inquirer Entertainment during a recent virtual media gathering.

“Magikland,” directed by Christian Acuña, is one of 10 entries to the 2020 Metro Manila Film Festival (MMFF).

Gallaga and Reyes wrote and directed “Magic Temple” (1996) and “Magic Kingdom” (1997), the fantasy-adventure films on which “Magikland” is based.

“We actually lost two family members. One of our production designers, Rodel Cruz, who was also part of the team that worked on ‘Oro, Plata, Mata,’ also passed away from a lingering illness. He died before he was able to finish the sets we commissioned him to do,” Reyes explained.

For Acuña, whom Reyes described as “one of the best students of Peque in his director apprenticeship workshop a decade ago,” working on “Magikland” was an epic journey. “They mentored me through making this film. Of course, I’m emotional because of Direk Peque’s passing, but in terms of the content, there was really no effect. This is going to be his last work. We honor him with this movie.”

Asked whether he felt that his two mentors had been too controlling or if they gave him free rein in making the film, Acuña said: “I welcomed their help. The project is so big that there were a lot of major decisions to make, from the costumes to the script. It was more of a collaboration.”

He added: “We had a lot of jamming sessions. I don’t think I would be able to do this without them by my side. I’ve been their fan ever since, so it’s comforting for me to know that they’ve got my back.”

Reyes admitted that there were a lot of “awkward moments” with Acuña, especially on the first day of the shoot.

“We were seated beside the monitor, watching the scene between Audie Gemora and Maricel Laxa. Peque stood up all of a sudden and said, ‘Cut!’ He had to be reminded that, ‘Direk, you’re not the director here.’ He apologized to Christian, but he must have done this three times and I, once, on that day. It was embarrassing,” he recalled, laughing. “While we have Christian, we get excited sometimes. We got used to the setup eventually.”The story of “Magikland” took place on Christmas Eve. Four exceptionally talented kids meet up after playing a popular video game and get transported to the mystical world of Magikland, which they are tasked to save from an evil villain who wants to rule over it.

Alejo said a lot of viewers her age would be able to connect with the film, especially because of the issue of excessive use of gadgets.“I’m not saying this in a judgmental way but, like my character and Princess’, they play games as a way to escape reality; so they won’t be able to hear their parents fighting in the other room,” she explained.

Fortunately, Alejo is one of those kids who are conscious not to spend long hours playing video games.

“If you play for too long, you won’t be able to accomplish anything else. You will not be able to get enough sleep, too, and sleep is very important for growing kids,” she pointed out. “I don’t log in for too long that I’m not able to read my scripts anymore. Games for me is simply a form of relaxation.”

Rabara said she would play games “in order to be entertained. But I’m very disciplined. I know that I need to prioritize my health, especially now that we’re battling a pandemic.”

Tickets for “Magikland,” as well as the nine other MMFF films, are available worldwide and exclusively via upstream.ph for only P250. INQ