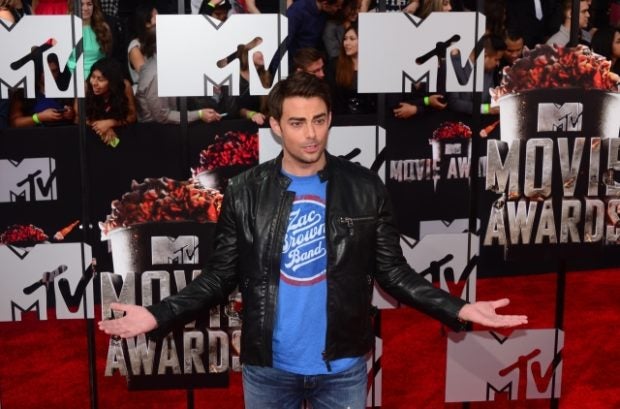 When Jonathan Bennett’s agent called about a leading romantic part in a new Christmas movie, the actor’s first reaction was “Great, who’s the girl?”

Although Bennett is gay, the former “Mean Girls” star is used to playing straight roles opposite Hollywood actresses — particularly within the conservative, often formulaic genre of holiday films.

“There was a pause, and they said ‘Jake.’ My jaw hit the floor!” Bennett recalled, laughing. “It was a long time coming.”

“The Christmas House,” released last month, is the first Yuletide film from the Hallmark Channel to prominently feature a gay couple. Bennett’s character Brandon and husband Jake (Brad Harder) are trying to adopt a child.

It is one of a groundbreaking batch of high-profile same-sex storylines appearing in prominent Christmas movies this year, including Kristen Stewart’s “Happiest Season,” which has broken premiere records for streaming service Hulu.

“It feels like a part of progress,” Bennett told AFP. “I imagine what younger me would have thought, sitting there watching a movie that had characters in it that looked like me, that were in relationships like I wanted to be in when I got older. It’s just so important.”

In a trend dubbed “the gayest Christmas ever” by pop culture website Decider, Lifetime this month also released “The Christmas Setup” and Paramount aired “Dashing in December.” Both feature same-sex romances.

Stewart’s “Happiest Season” has drawn the most attention of all, thanks to its star-studded cast that also includes Mackenzie Davis, Alison Brie, Aubrey Plaza and Dan Levy.

Director Clea DuVall, who is gay, said she had “never seen my own experience represented” in holiday movies, with LGBTQ+ characters usually “in the background” if they feature at all.

Produced by Sony and sold to Hulu as the pandemic keeps theaters closed, it claims to be the first holiday rom-com about a same-sex couple from a major Hollywood studio.

Even as gay representation in Hollywood has increased, particularly across new streaming shows, the predictably plotted but wildly popular Christmas movies produced by the likes of Hallmark have until now been something of a holdout.

Last year, the family-oriented channel was slammed by LGBTQ+ groups after buckling to conservative pressure by removing adverts for a wedding company that featured a same-sex couple kissing at the altar.

Having initially called the adverts a “distraction,” Hallmark restored the commercials and apologized after Ellen DeGeneres tweeted: “Isn’t it almost 2020? What are you thinking?”

With “The Christmas House,” the company has gone a step further. Although Bennett and Harder’s storyline is just one of three interwoven romantic plots in the film, they kiss on-screen before either of the straight couples.

“When we did our first kiss, the crew was just so overwhelmed — there wasn’t a dry eye,” Harder told AFP. “Just to have everybody’s story told… Is it overdue? Absolutely. But I’m glad we’re here… it’s really powerful.”

The trend has drawn wide praise, with Bennett reporting “thousands of messages” from grateful fans and Harder expressing hopes for a sequel to “The Christmas House.”

But it has also drawn criticism, including from some LGBTQ+ viewers.

“Happiest Season” centers on a lesbian couple struggling to come out to highly traditional parents, a storyline some critics found old-fashioned and which should not define them as characters.

By contrast in “The Christmas House,” “the fact that my character is gay, married to a man, never comes up once in the film,” said Bennett.

But, Harder pointed out, “Christmas for the LGBTQ community is particularly challenging,” especially for those whose family members are not “super accepting.”

And while “Happiest Season” might take a different approach, the important thing is that movies “let everyone have a seat at the holiday table,” said Bennett.

“They’re making movies with gay leads on Hulu — that is a step in the right direction,” he said. “And always remember — make the Yuletide gay!” CC

Festive Filipinos trying to save Christmas from coronavirus