Here’s the second part of how the K-frenzy for anything Korean continued to heat up the entertainment biz in the Philippines.

18.) Korean Film Festival goes online. As cinemas remain shuttered due to the COVID-19 pandemic, the Korean Film Festival went digital for the first time this year (from Sept.12 to Oct.2), in hopes of providing some “relief” and “enjoyment” to people having “a hard time” at home.
And with Hyun Bin, Son Ye-jin and Park Seo-joon being the most-talked about Korean actors this year, the festival made sure to include some of their films for those who simply can’t get enough of them.

19.) Park Bo-gum starts military service. Last September, the 27-year-old singer-actor of “Reply 1988” and “Love in the Moonlight” fame, formally started his mandatory military service.
Though his fans wouldn’t get to see him again until April 2022, many are still happy that their idol left them something to enjoy: the Netflix drama series “Record of Youth,” where he shares the screen with “Parasite” actress Park So-dam; and the upcoming sci-fi action film “Seo Buk,” which also features fellow South Korean superstar Gong Yoo.

20.) “Coffee Prince” reunion. Thirteen years after the drama series “Coffee Prince” aired, its cast, led by Gong Yoo, took fans down memory lane as they reunited for a documentary titled, “My Dear Youth-Coffee Prince.”
The documentary, which aired in two parts last September and October, had the actors visiting filming locations and reminiscing about their experience doing the show.
Gong Yoo likened the series to a “first love.” “I usually can’t stand watching myself acting in my old projects. But Choi Han-gyul is a character that doesn’t make me feel very embarrassed. I’m not sure why that is,” he was quoted as saying in the documentary.

21.) Dara visits Filipino market in Seoul. Dara went viral anew last October, after posting a vlog that showed her visiting a Filipino market in Hyehwa-dong in Seoul. The video, which has been viewed more than 2.2 million times on YouTube, shows Dara introducing her producer friend to different Filipino goods and food our kababayans sell.
Dara could barely finish her meal of Filipino-style spaghetti, pinakbet and rice, because Filipino fans recognized her and kept asking for photos. Of course, she didn’t leave the market without her favorites like tocino, Mang Tomas sauce and sinigang mix. 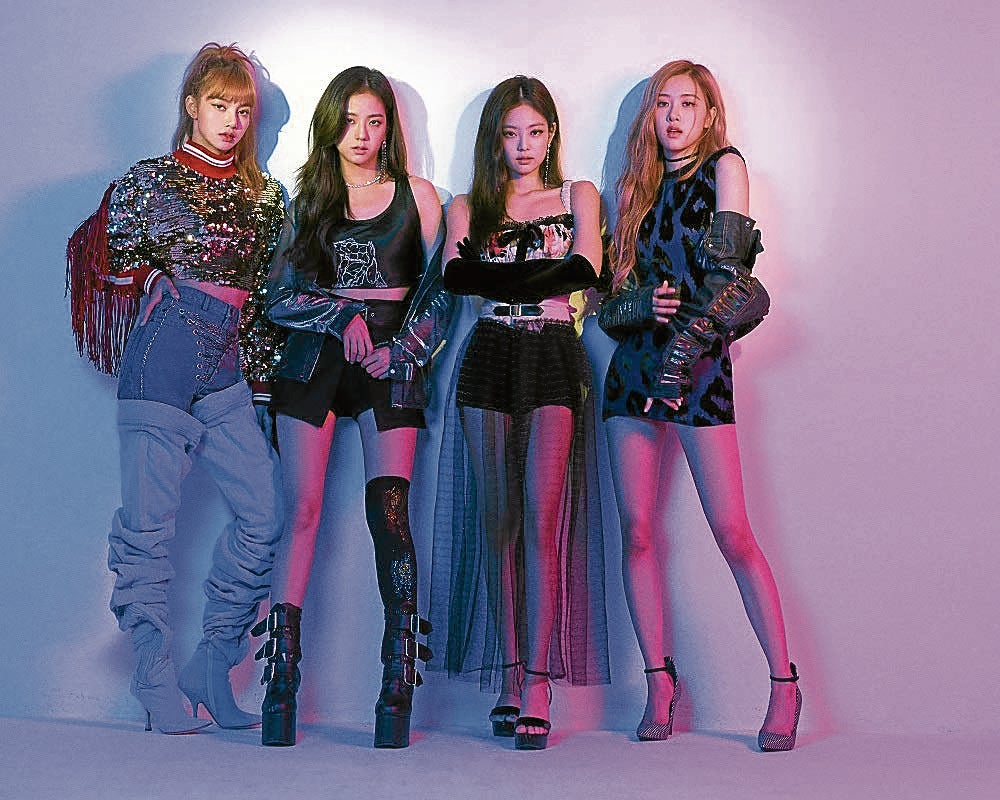 22.) Blackpink’s Netflix documentary “Light Up the Sky.” Since the Philippines is one of Blackpink’s biggest markets (Quezon City ranks second in Spotify streams), it didn’t come as a surprise that “Light Up the Sky,” which revisits the record-breaking girl group’s beginnings, topped Netflix Philippines’ 10 most-watched title list last October.

23.) Rain shows off dance moves on TikTok. Rain, who has been in the industry for 20 years, showed that he’s still got the moves that had earlier generation of fans calling him the “King of K-pop.”
In TikTok clips and YouTube vlog that went viral last October, Rain, whose real name is Jung Ji-hoon, is shown studying the dance steps to “Dynamite” by BTS, which, curiously, also used to cover his songs. True to form, his take on the choreography showcased his signature flair and flow.
“Walang kupas! Ageless!” Filipino social media users said of the pop-R&B star, who rose to popularity in the Philippines through his screen tandem with superstar Song Hye-kyo in “Full House.” “The OG!” some tweeted.

24.) BTS holds record-­breaking virtual concert. Forced to cancel a world tour, BTS opted to reunite with Armys around the world through the virtual concert, “Map of the Soul ON:E” last October.
The two-day show, which had the septet delivering 23 numbers, reportedly attracted around 993,000 viewers from 191 countries, including Filipinos fans.

25.) SHINee member Minho gets discharged from the military. After 19 months of mandatory military service, singer-rapper Minho of SHINee was formally discharged from the Marine Corps last November. Needless to say, the Shawols—which includes Sharon Cuneta—couldn’t be more excited to see the 28-year-old artist reunited with the rest of the gang, Onew, Key and Taemin.
Shawie, the mega Shawol that she is, posted photos of the boys’ reunion on Instagram. “My SHINee boys are back! Oh. Em. Gee! I love you, SHINee!” wrote the actress.

26.) Minzy signs with Viva. Minzy surprised Filipino fans after news broke last November that the former 2NE1 member signed with Viva Artist Agency, which will be handling her career in the Philippines. As initial offering, Minzy released a new version of her single “Lovely,” which also has her singing the chorus in Tagalog.
Minzy, who has been a solo artist since 2016 recalled reaching out to her friend and former 2NE1 bandmate Dara about her career move. “I have such a beautiful impression of the Philippines because of Dara,” related the 26-year-old singer-rapper, who was dubbed by her fans as a “dancing machine” for her “exceptional dance skills and fiery stage presence.”
“Please look out for my new music … I’m overwhelmed by my Filipinos fans’ support.” Minzy said at a virtual press conference. “After the COVID-19, I will be excited to go back to the Philippines. I want to visit Cebu.”

28.) Lisa has “chika.” Blackpink member Lisa trended on Philippine social media last November, after the rapper-singer spoke some Filipino phrases in a promotional video for Penshoppe.
Lisa, who’s fluent in Thai, English and Korean, was introduced to such words and slang as “kumusta,” “salamat,” “charot,” “keri” and “sana all.” But what impressed Filipino Blinks the most was her knack for learning new languages.
In minutes, she managed to string together a sentence with the words she had just learned. “Hey, bes, I have some chika!” she said, giggling.

29.) Dahyun’s dream Boracay vacation. Singer-rapper Dahyun, one of the nine members of the girl band Twice, became a trending topic last November, after she revealed that she would love to visit Boracay and spend quality time with her fellow members, Momo, Sana, Jihyo, Mina, Nayeon, Jeongyeon, Chaeyoung and Tzuyu.
“I want to see the emerald-colored ocean and have fun with the other members,” she said in a recent video uploaded by Bench, which the group endorses. 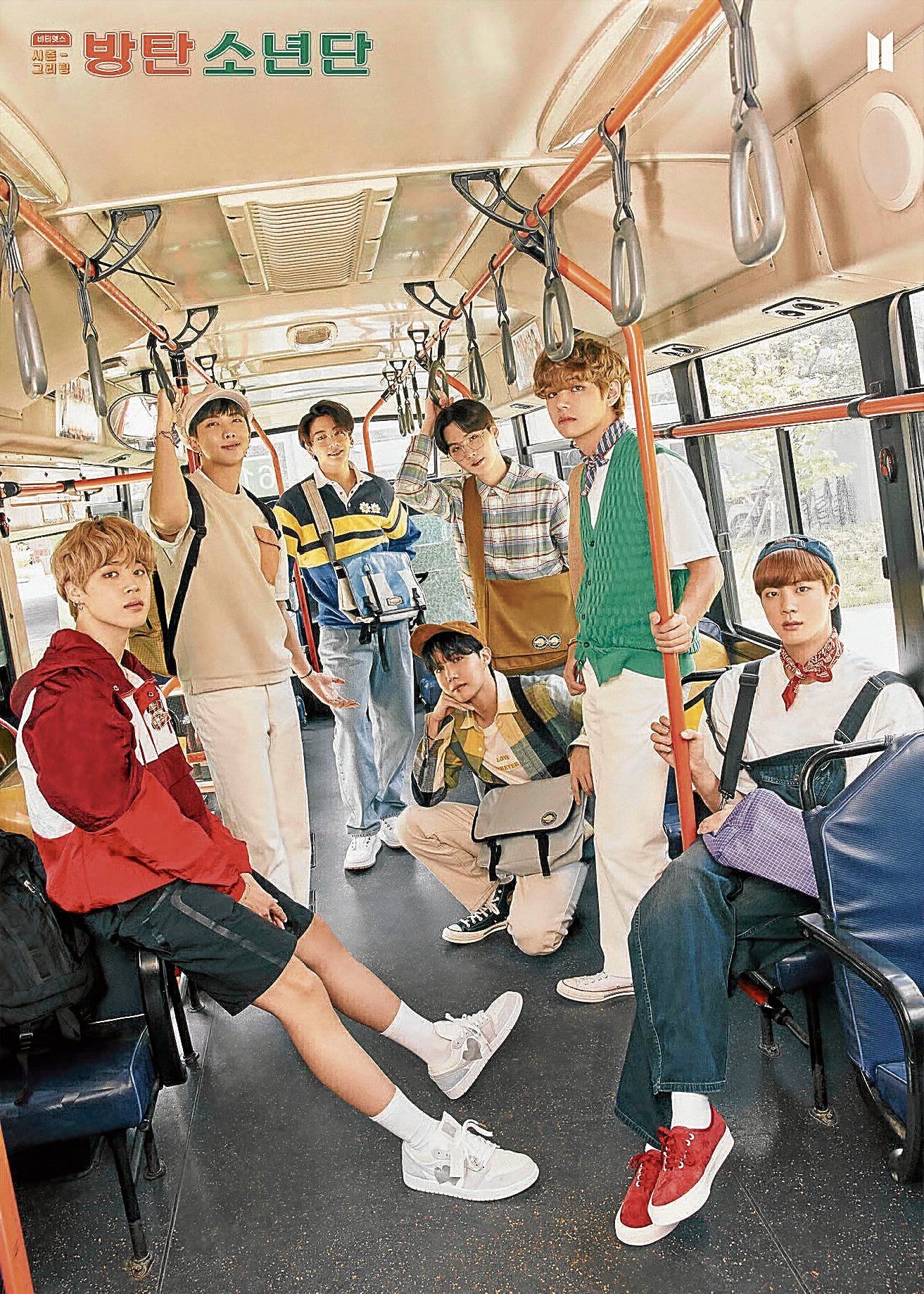 30.) BTS earns Grammy nod. Last November, the boy band became the first South Korean act to receive a nomination at the Grammy Awards, after its hit song “Dynamite,” was short-listed in the Best Pop Duo/Group Performance category. The group is up against Dua Lipa, Ariana Grande, Lady Gaga, Justin Bieber and Taylor Swift.
In a Twitter video, members V, Jungkook, RM and Jimin are shown waiting with bated breath, as they watch the announcement of nominees last November. Upon hearing BTS, they rose to their feet and burst into applause.
“Thank you to everyone who listened to and sympathized with our music in these difficult times,” the group tweeted. “Above all, it’s ARMYs who made the miracle of being a Grammy candidate [possible].”

31.) Korean stars’ endorsements. The popularity of “Crash Landing on You” inspired Smart to hire Hyun Bin and Son Ye-jin as brand ambassadors. Hyun Bin’s endorsement was announced last June; Ye-jin’s two months later.
In October, Park Seo-joon joined the Smart roster. The three stars’ contracts reportedly includes a visit to the Philippines, but that’s still up in the air at the moment because of the pandemic.
Not to be outdone by its rival company, Globe Telecom announced this December that Blackpink will be its new brand endorser. On Twitter, a Filipino Blink couldn’t help but cry over the thought of seeing Blackpink posters plastered in sari-sari stores.
Meanwhile, “The King: Eternal Monarch” star Lee Min-ho was named regional ambassador of the online shop Lazada, and appeared in ads with Philippine endorser Kathryn Bernardo.
“Of course, I’m very honored! I was shocked!” Kathryn said in a press statement. “Hopefully, when everything’s fine, he can visit us here because he has a lot of supporters in the Philippines, including me.” 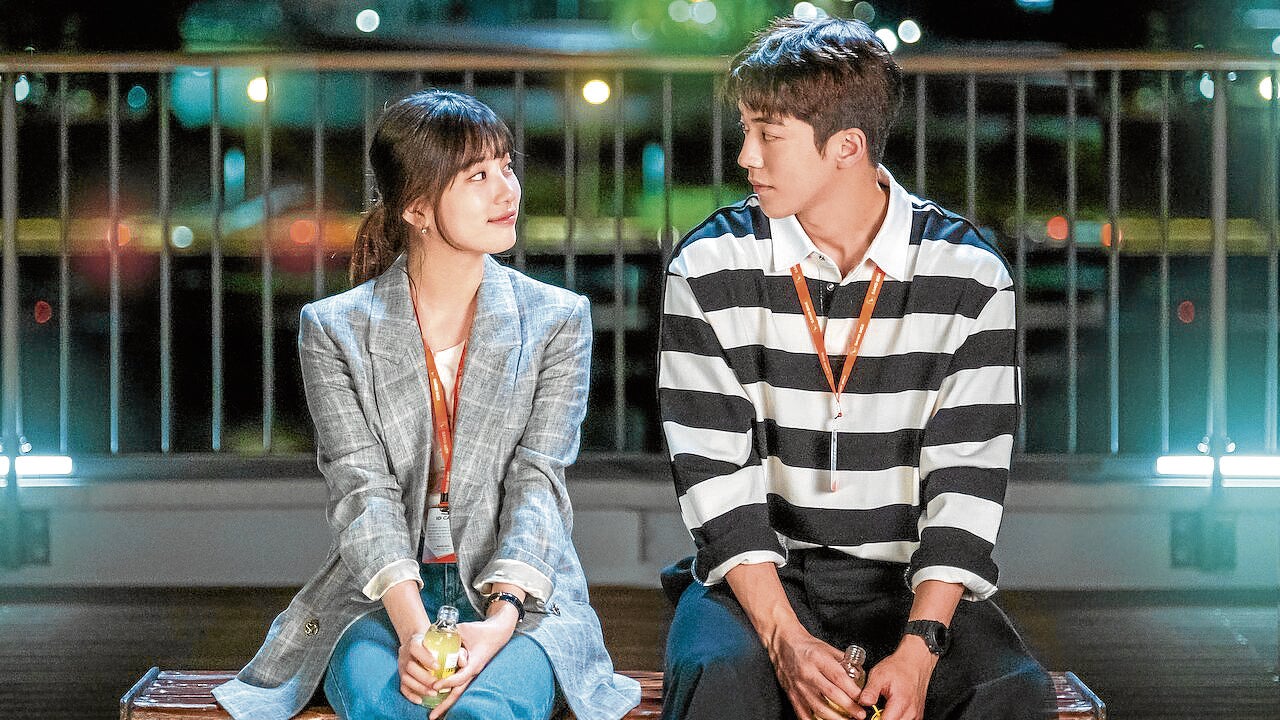 32.) “Start-Up” craze. “Start-Up” is the most recent craze in the K-drama world, especially so with younger fans, as it features Bae Suzy, Nam Joo-hyuk, Kim Seon-ho, Kang Han-na, playing aspiring startup entrepreneurs trying to make it in the cutthroat tech industry. And it doesn’t hurt that the four actors have great chemistry.
Though the show is still ongoing, “Start-Up,” has already been eliciting impassioned debates about who should prevail in the love triangle among Seo Dal-mi (Suzy), Nam Do-san (Joo-hyuk) and Han Ji-pyeong (Seon-ho). On social media, some invested viewers have been whipping up essays, making cases why they’re #TeamDosan or #TeamGoodBoy.

33.) Super Junior celebrates 15th anniversary. Filipino ELFs have been getting their fill of fresh content the past weeks, as the boyband Super Junior gears up for the release of its 10th studio album, “The Renaissance”—an apt project to commemorate its 15th anniversary.
Currently composed of Leeteuk, Heechul, Yesung, Shindong, Sungmin, Eunhyuk, Siwon, Donghae, Ryeowook, Kyuhyun, SuJu, as they’re fondly called, released this December a remake of their 2014 song “Remake Spell for Love.” Last month, they took their fans on a nostalgia trip with a new song, “The Melody.”

34.) BTS’s “Life Goes On” becomes first Korean language single to top Billboard Hot 100. The year is about to end, but BTS is still isn’t done.
After “Dynamite” and a feature in a remix of Jawsh 685 and Jason Derulo’s hit “Savage Love,” BTS landed its third Billboard Hot 100 No.1 song, “Life Goes On,” this December—and with it came a slew of new records.
“Life Goes On” is now the first song predominantly sung in Korean to top the chart. By scoring three No. 1 hits in three months, BTS is the fastest to accomplish this feat since the Bee Gees from 1977 to 1978. BTS is also the only act aside from Ariana Grande to hold three No. 1 songs in 2020.

35.) Korea relaxes law that will allow BTS to postpone military service. In Korea, physically fit adult males are required by law to fulfill mandatory military service by the time they turn 28. This means that BTS’s eldest member, Jin, who turned 28 last Dec. 4, would have had no choice but to enlist at the peak of the group’s career.
But much to the Army’s delight, the Korean legislature relaxed the Military Service Act, which now allows K-pop artists to defer military service until they’re 30. All BTS members were conferred orders of culture merit in 2018 for “outstanding meritorious services in the fields of culture and art in the interest of promoting the national culture and national development.”