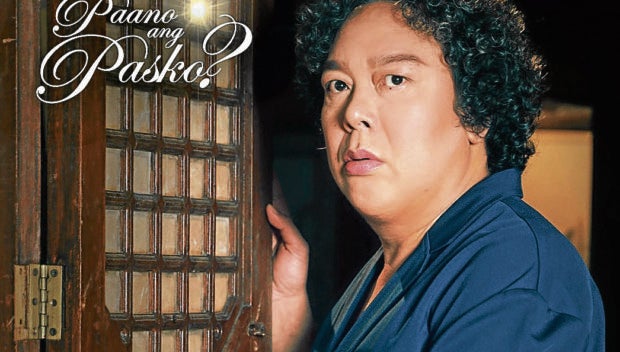 It was in March when actor John “Sweet” Lapus said he became certain that he was suffering from autophobia, or the fear of being isolated or alone.

Sweet experienced anxiety when everyone, including the friends he usually hangs out with, was forced to stay in their homes after the government ordered a Luzon-wide lockdown due to the COVID-19 pandemic.

Persons suffering from autophobia feel the need to be around other people in order to feel safe, even though they are in a usually comforting place like home. Being alone can cause severe anxiety for people with this condition.

“There were nights when I couldn’t sleep. I struggled with being alone and experienced panic attacks, especially during the first two weeks of the ECQ (enhanced community quarantine),” Sweet recalled.

“Not all days were bad, though. The ‘good’ ones, I later realized, were the ones when I got to talk with my friends,” he explained. “That’s why on the third week of quarantine, I asked some of them to come over—we made sure that it was a gathering of fewer than 10 people—and then we played card games while drinking. We made sure to practice social distancing, too.”

Shortly after this, Sweet’s friends set up a 24-hour Zoom meet to make sure that at least one of them would be able to check on him throughout the day. Sweet said he was grateful for this gesture, and for the fact that his friends had been very patient with him as he battled with his phobia.

This was also why Sweet felt he should go public with his ordeal. He said he wanted to be of help to others who might be going through the same thing.

“Anxiety/depression should be admitted and talked about. It’s part of the healing process. How will your loved ones know how to help you if you will not tell them? By doing so, people will also be made aware that this can happen to anyone,” he told Inquirer Entertainment.

These days, work is helping Sweet keep his mind away from his condition. He is a cast member of the drama series “Paano ang Pasko?” now airing on TV5.

“It’s funny because I kept asking God that question, ‘Paano na ang Pasko ko?’ He answered me by giving me this show with the same title. Ang bongga ni Lord! Tuloy ang Pasko,” said Sweet, laughing. “The last seven months had been really tough for most industry people. That’s why to have work today is really an answered prayer for me. Being unemployed makes me feel worthless and confused. Thinking about it triggers my anxiety.”

In “Paano ang Pasko?” Sweet plays Manang Kitty, the family governess and bearer of a lot of their secrets. “Manang Kitty is an important character because, after all the crying, she will make you laugh so hard. She will prepare you for another episode of crying the following day,” Sweet explained.

He then recalled what it was like to be working under the “new normal” setup. “These days, you can no longer say ‘mag-artista ka na lang!’ because being one at the time of pandemic is so difficult. People can no longer look down on artists involved in making movies and TV shows,” he said. “Under the new normal, you will definitely lose your job if you’re not a good actor. You won’t last if you’re nothing but a pretty face. I’m telling you, it’s about time that you start looking for another job.”

“Paano ang Pasko?” is a creation of Palanca award-winning writer-filmmaker Jun Robles Lana. It is a collaboration among directors Eric Quizon, Ricky Davao and Perci Intalan.

The series revolves around the family’s holiday gathering, and how old wounds and struggles threaten to dampen the supposed joyous occasion. Serving as the family’s lynchpin is Faith (Maricel Laxa-Pangilinan), the loving mother to three daughters, Love (Julia Clarete), Hope (Beauty Gonzalez) and Joy (Devon Seron).

“I’m thankful that this became my first soap during the pandemic. The directors are so calm and mild-mannered. They don’t scream at their talents. I guess with the difficult new normal setup, you would really resent a director who terrorizes his actors,” said Sweet. “That’s why they’re also blessed to be working with good actors—also the ones who are very professional and aren’t divas at all.”

Also in the cast are Allan Paule, Ejay Falcon, Matt Evans and Danita Paner, among others. Produced by The IdeaFirst Company for Cignal Entertainment, the show airs Monday to Friday at 9 p.m. on TV5. INQ