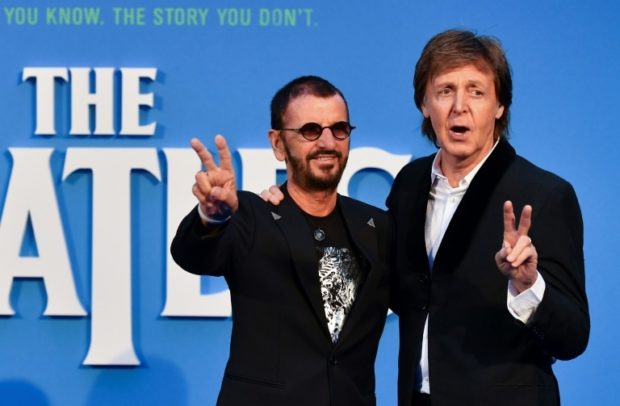 Forty years after John Lennon died at the hands of an evangelical Christian assassin, surviving Beatles Paul McCartney and Ringo Starr are still making music, now on their own.

It will be the third album McCartney has released on which he has not only written the songs but also played everything from piano to drums.

Fab Four drummer Ringo is 80 and does not enjoy the same level of global fame as Lennon and McCartney, or perhaps even the late George Harrison, but he too is still going strong.

“McCartney III” refers back to “McCartney,” released in 1970 — the first time he did everything himself — and “McCartney II” from 1980.

“McCartney is a pioneer of the ‘home studio’ where everything is done at home, because he knows how to play every instrument,” said Stan Cuesta, author of “The Beatles.”

“He blazed the trail for this type of production, as Prince did later on.”

The first solo album unleashed a firestorm with McCartney publishing a “self-interview” saying he would no longer work with John, George and Ringo, at a time when the split had never been formalized.

This time, he locked himself away on his property in Sussex, southern England, as much because of the novel coronavirus as the workload.

“I was living lockdown life on my farm with my family and I would go to my studio every day,” McCartney said in notes released by his American music publisher Capitol.

“I had to do a little bit of work on some film music and that turned into the opening track and then when it was done I thought what will I do next?”

“Each day I’d start recording with the instrument I wrote the song on and then gradually layer it all up, it was a lot of fun.”

“It was about making music for yourself rather than making music that has to do a job. So, I just did stuff I fancied doing. I had no idea this would end up as an album,” he said.

The result is a fine surprise as were the albums earlier this year of Bob Dylan, aged 79 and Bruce Springsteen 71.

“McCartney is aging like nobility by continuing to turn out albums,” said Cuesta.

Meanwhile, if COVID-19 permits, Ringo will be on a United States tour in June 2021 fronting his “All Starr Band.”

The group is sprinkled with greats such as Joe Walsh, of the Eagles, and Steve Lukather from Toto who provide a musical platform for Ringo to belt out “Yellow Submarine” among other all-time Beatles favorites.

After the break-up of the Beatles half a century ago, his own band proved the saving of Ringo who had struggled to adapt.

“There was a time he was lost… his albums were a disaster,” Cuesta said.

The All Starrs enable Ringo to tour and regularly put out live recordings and videos, Cuesta said. IB