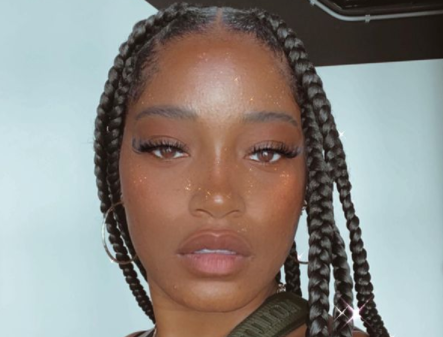 American actress and singer Keke Palmer has spoken up about her personal struggle with polycystic ovary syndrome (PCOS).

A believer of using her platform “for things much greater than me,” Palmer took to Instagram on Dec. 2 (Dec. 1 in the US) to share to her 10.1-million-strong following that PCOS “has been attacking me from the inside out my entire life and I had no idea.”

“My acne has been so bad that people in my field offered to pay for me to get it fixed. I tried EVERYTHING,” she said. “I did Accutane TWICE. People say drink water, have a better diet, but I did all that, I ate all the ‘right’ things, my blood tests were fine.”

PCOS is a hormonal disorder prevalent among women of reproductive age, according to the Mayo Clinic. Its exact cause is not yet known, although symptoms often occur during puberty, around the time when a girl gets her first menstrual period. However, PCOS can also develop later on. Its symptoms include irregular periods, excess androgen that may result in severe acne, and polycystic ovaries.

According to Palmer, she had to look into her own family’s history of diabetes and obesity to truly understand what was happening to her body.

“Unfortunately doctors are people and if you don’t ‘look the part’ they may not think that’s your problem. They may not even suggest it if you ‘look healthy’ whatever that means!” she said. “I came to a doctor in tears once and all they offered was a measles vaccine… Exactly.”

Palmer added she eventually received proper diagnosis for PCOS, but this was after she did her own research about the condition and brought what she learned to a doctor.

Her decision to share her experience stemmed from seeing her family struggle for years and there was no single doctor that could help them.

“They actually mislead them and just took their money. It’s only because of what my family sacrificed that allows me to even have the resources to share the information I’m sharing with you!” she said. “Their fight out of poverty gave me a better life and I just want to share what I learn.”

She then encouraged fellow women who have PCOS by telling them they are not alone in their struggle and that her own acne never stopped her.

“Pray for me on this journey and I will pray for you too,” she said. “I’m not afraid to show myself to the world and you shouldn’t be either.”

Palmer rose to fame for drama film “Akeelah and the Bee” in 2006. In 2019, she starred alongside Jennifer Lopez, Cardi B and Constance Wu, among others, in stripper heist movie “Hustlers.”  /ra

Getting pregnant, even with PCOS, a ‘blessing’ for Aicelle Santos